This May 8 article is the fourth in our set of notable 2015 content, based on readership and editors’ choices. This Top 10 series runs through Dec. 31. Links to earlier installments are at the end.

A newscast apology May 7 by WDIV news anchor Carmen Harlan is praised by a group that criticized her for having "disparaged Detroit’s Arab American communities" on the air a night earlier.

After a report on a social media post that said ISIS had fighters in the United States and that Metro Detrroit could be an attack target, Harlan said: “And given the fact that we have the largest Arab population outside of the Middle East, I guess this should not come as a real surprise.”

In the next night's 11 p.m. newscast, she said "I apologize" during the follow-up. "In no way did I mean to imply that because of our community's makeup, there was a higher risk," the anchor explained. "That was never my intent."

Her full remarks are here in a 35-second video.

“Carmen Harlan did the right thing by apologizing for the remarks she made,” Lonnie Scott, executive director of the Progress Michigan political advocacy group in Lansing, says in a statement.

“As a respected journalist who has been a staple in Detroit, we believe Harlan meant no ill will in her comments, but they were still dangerous and needed to be addressed. We appreciate the swift and sincere apology Harlan offered.” 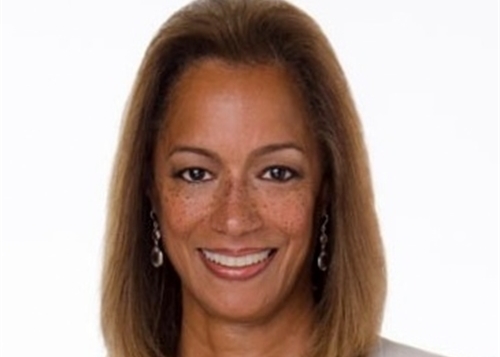 The National Network for Arab American Communities also had spoken out.

Harlan's original comment can be seen here. The online version posted by WDIV has the comment removed.

“These offensive comments based on an unconfirmed threat only stir up animosity toward Michigan’s Arab community,” said Lonnie Scott.. “Comments like these are an example of racial profiling at its worst and Carmen Harlan should apologize immediately.” . . .

The Campaign to Take On Hatre, led by the National Network for Arab American Communities (NNAAC), a program of ACCESS, urges Harlan to apologize on air for implying during the nightly news broadcast that the Arab American community in Michigan is somehow tied to the extremist group ISIS.

“Carmen Harlan’s comment about the Arab American community is appalling, offensive and dangerous,” said Nadia Tonova, director of NNAAC. “As a reporter, she has a responsibility to remain objective in her reporting and not draw conclusions for her audience. We request that WDIV immediately address this racially charged comment.”

8. Detroit Is a ‘Pretty Dangerous’ Place to Film – Ryan Gosling