FBI Case File: How GM Test Cars Wound Up at a Tennessee Dealership

Greg Stejskal was as an FBI agent for 31 years and retired as resident agent in charge of the Ann Arbor office.

Jack Clingingsmith had what any car guy would consider a dream job. He was the executive in charge of testing for Buick at the General Motors proving grounds.
GM’s Milford Proving Grounds, operating since 1924, is the industry’s first dedicated testing facility. The 4,000-acre complex now has over 100 buildings and about 132 miles of roads. Those roads replicate all types of conditions found on streets and highways throughout North America – from dirt tracks to four-lane highways. There are also specialty surfaces to test traction, anti-skid and brake technology. 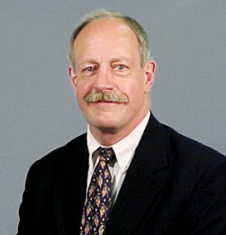 Greg Stejskal: "When the case was presented for prosecution, we realized there was a problem."

In 1984, Clingingsmith took advantage of his dream job to deal with serious financial problems.

His duties included disposing of unneeded test cars, such as one-of-a-kind prototypes and models with experimental parts using developing technology. To avoid having them sold or driven by unauthorized people, the cars were to be crushed when testing was over.
A crushed car at that time was worth about $90 as scrap metal. However, if the cars were sold for parts, they could bring $1,000-$2,000 each. Clingingsmith saw a chance to dig out f ease his financial hole: Sell the cars secretly for parts and deposit only the scrap metal value for GM.
He needed phony documentation to show the cars had been crushed. Part of the disposal process involved having the cars vehicle identification number (VIN) plates removed. Clingingsmith would turn in the VIN plates and advise GM and the Michigan Secretary of State that the cars were destroyed.
To avoid dealing with the parts dealer directly, he recruited Ingo Nicolay as a middleman. Nicolay was the general manager of Johnson Motors, a Pontiac dealership in Holly. Clingingsmith knew Nicolay because Johnson Motors had for years done body work on cars GM maintained for executives.
Nicolay agreed to participate in the scam and in turn recruited Donald Holloway, the owner of Holloway Auto Parts in Flint. Holloway was glad to buy low-mileage, well-maintained cars to be used for parts. He was also willing to provide fake bills of sale showing the cars had been crushed.
From November 1984 to December 1985, 13 Buicks and an Oldsmobile were reported by Clingingsmith to have been destroyed. Actually they had been sold to Holloway for parts.
The conspiracy seemed to be going well, and all the conspirators were happy. One was especially happy. 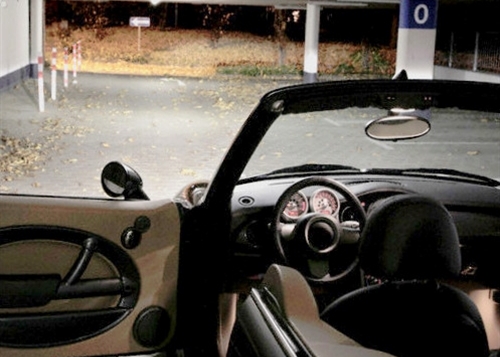 A Better Idea
Upon taking delivery of these pristine used cars had an epiphany – why disassemble these cars to sell for parts when they could be sold whole? These cars hadn’t been reported stolen; in fact, there was no record they even existed. But it probably wouldn’t be wise to sell them locally.
Holloway had done business with a dealership, Fann’s Auto Sales, in Manchester, Tenn. Holloway told the people at Fann’s that he had a source for “assembled” GM cars. That trade term refers to vehicles built from parts of two or more cars, usually as a result of extensive crash damages. For that reason the VIN plates had been removed. Tennessee law let assembled cars be registered and assigned a new VIN.
The dealership purchased the cars from Holloway for about $7,500 each. After registering the cars and receiving new VINs, Fann’s sold the them as assembled cars to unwary buyers.
All would have been well except one of the car buyers was working on his car and couldn’t understand why one of the parts was not the part specified in the car’s maintenance manual. He called GM to ask.
The buyer was connected with an engineer who realized that the questioned part had never been used in production. It was a test part.
All motor vehicles have public VIN plates. The most readily visible one is affixed to the dashboard under the lower left side of the windshield. But vehicles also have discreet or hidden VINs. Their locations are not generally known, and they are hard to remove. Using one of these VINs, it was found that the car in question was a test car and was supposed to have been destroyed. 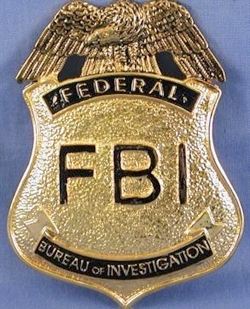 GM contacted the Michigan State Police who learned with assistance of Tennessee police that Fann’s Motors had purchased the car in question from Holloway in Flint along with 13 other cars.
Because the cars had moved in interstate commerce between Michigan and Tennessee, MSP contacted the FBI. We interviewed Holloway, who wasn't forthcoming until we convinced him it was in his best interest to cooperate.
He disclosed that he had bought the cars from Nicolay.  Holloway also said that he had provided Nicolay with documentation indicating the cars had been crushed.
Nicolay told us that Clingingsmith delivered the cars to him, and he drove them to Holloway. Both Nicolay and Holloway admitted they knew the cars had come from GM proving grounds and were supposed to be destroyed.
Truth Comes Out
Finally, Clingingsmith was interviewed. He admitted he had established the conspiracy and his role in it. He thought Holloway had disassembled the cars and was surprised to learn they had been sold whole in Tennessee. 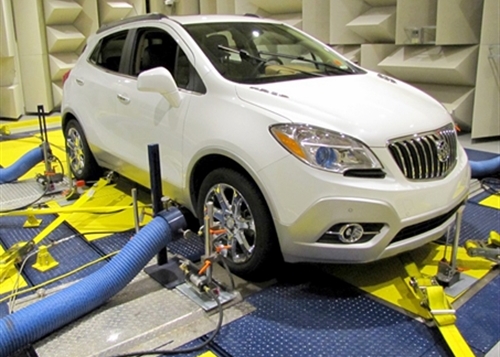 This GM photo shows brake testing of a 2014 Buick Encore at the Proving Grounds in Milford, where the crime began.
Because of the nature of the cars, they all had to be tracked down and seized. GM was willing to compensate the innocent buyers, but some were reluctant to give them up.
Two of the buyers were Tennessee prosecutors and one was a Drug Enforcement Administration agent. Another person bought a 1985 Buick Riviera convertible, a collector’s item as no Riviera convertibles were made in ’85. This one had been a hardtop that GM engineers had custom converted to a convertible. For a while it was reportedly driven by Roger Smith, who was CEO of GM (later demonized by Michael Moore in his documentary, “Roger and Me”).
When the case was presented for prosecution, we realized there was a problem. What Clingingsmith had done with the cars was, legally speaking, not theft. We had initially planned to charge all three with conspiracy to transport stolen cars across state lines. Instead, we found an alternative violation, a 1984 federal statute, “trafficking in motor vehicles without vehicle identification numbers.”
In January 1987, Clingingsmith, Nicolay and Holloway pleaded guilty to conspiracy to traffic in motor vehicles without VINs. Because this was viewed as a less serious crime and the conspirators were first time felons, they received relatively light sentences – less than a year jail time with three years probation and were required to pay about $60,000 in restitution.
Clingingsmith no longer had his dream job and his financial woes had returned. The ’85 Buick Riviera custom convertible was destroyed, supposedly.