Demas: 'It's Hard to Imagine' Flint Mess and Cover-Up Under Gov. Jennifer Granholm

This is excerpted with permission from an overview at Salon of Flint water missteps by Gov. Rick Snyder and his team. The writer, a Deadline Detroit columnist, is publisher and editor of the biweekly newsletter Inside Michigan Politics.  .

When Rick Snyder took the reins from Jennifer Granholm on Jan. 1, 2011, there was a certain smugness hanging in Michigan’s raw winter air.

The changing of the guard had been fairly pleasant –– the Republican and Democrat had even held a (mundane) joint press conference on economic development. That stood in sharp contrast to the bitterly partisan transition from Jim Blanchard to the man who defeated him in 1990, John Engler, and then from Engler to Granholm 12 years later. 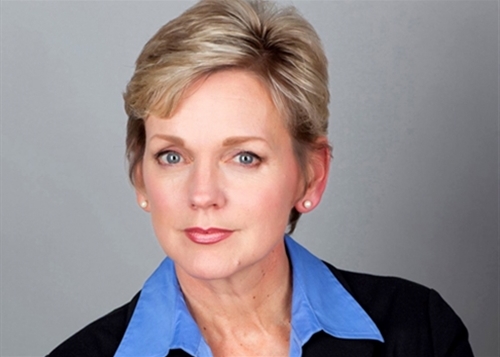 Jernnifer "Granholm’s administration wasn’t obsessed with the bottom line," says Demas, "but rather focused on what government should be doing for people."

As the state’s first female governor, Granholm had started her tenure in 2002 with some fanfare –– and had even been buzzed about as a presidential candidate (despite being born in Vancouver, Canada). But by the time her second term stumbled to a close, Granholm was badly bruised from leading the state for the better part of a decade-long recession and the near-collapse of the domestic auto industry. Michigan’s state government had shut down not once, but twice, on her watch. She wanted her legacy to be (finally) diversifying the state’s economy, as she cheered for green jobs, but everyone seemed to know it was too little, too late.

It was no secret that Granholm harbored national ambitions, but she’d bet on the wrong horse in the 2008 Democratic primary –– Hillary Clinton. After Barack Obama was elected, Granholm’s name was floated for Labor, Education and Energy secretary, as well as the Supreme Court. But the Michigan governor was doomed to always be the bridesmaid, something spiteful Republicans never let her forget.

So by the time Snyder’s inauguration rolled around, Granholm seemed somewhat chastened, knowing that her unpopularity had helped pad the Republican’s 19-point margin.

But let's not mince words. Granholm was the state’s first female governor and there was a degree of underlying sexism.

Is it a coincidence that the Republican field to replace her consisted of five conservative white guys vowing to restore order and competence to Michigan? Probably as much as it is that after eight years of our first African-American president, the 2016 GOP front-runner is boorish nativist Donald Trump.

Second terms are seldom happy ones for term-limited politicians. Granholm discovered that in 2007, as she hunkered down in a near year-long standoff with the legislature, which ultimately culminated in the first government shutdown of her tenure.

Little did Snyder know that his fifth year would also become a trial by fire, bleeding well into 2016. Arrogance has a way of catching up to politicians.

So would Flint have happened under the much-maligned, supposedly amateurish Jennifer Granholm? As one of her frequent critics, I can say that I honestly don’t believe it would have.

Granholm never would have enacted the draconian changes to the state’s emergency manager law that paved the way for this crisis. Her lieutenant governor, longtime former legislative leader John Cherry, also hailed from Genesee County. He almost certainly would have put the kibosh on using the notoriously filthy Flint River for drinking water.

But beyond that, Granholm’s administration wasn’t obsessed with the bottom line, but rather focused on what government should be doing for people. She was a mainline Democrat, after all.

Sure, various programs didn’t always meet that ideal, as is true in any large bureaucracy, especially in a once-prosperous state that used to be able to afford some government bloat. But it’s a key difference between her administration and the one that followed it.

For that reason, it’s hard to imagine Granholm’s top aides desperately trying to hide the seriousness of the crisis from both her and the public. No one likes to admit screw-ups –– especially something as dire as people being poisoned. But the Granholm administration was accustomed to dealing with big blows –– skyrocketing unemployment, the auto industry imploding, the state running out of money –– and often being blamed for things well beyond their control.

'Heads Would Have Rolled'

It seems unlikely that officials would suddenly engage in a huge cover-up, especially one that would result in more human suffering. And if Granholm had caught wind of that, heads would have rolled.

Her biggest strength is that she’s a people person, which is why she’s such a captivating campaigner. But for whatever people have said about her, there is an underlying humanity and decency. When a big Electrolux plant closed in the west Michigan hamlet of Greenville in 2006, she went to the company picnic dubbed “The Last Supper” and shook every hand.

It’s striking to think about that when Rick Snyder can’t be bothered to talk to parents whose children will probably have permanent brain damage.

So it’s somewhat ironic that five years after leaving the governor’s mansion to snickers about her ghastly legacy, Granholm is poised for a second act. She’s well-positioned to be in a Democratic presidential cabinet, should Hillary Clinton be elected, or to take over as Democratic National Committee chair.

Michigan Republicans still deploy Granholm’s name as a punchline, but it looks like she’ll have the last laugh.