First of two parts. Next: Excerpt from the book.

Amy Haimerl and her husband were mindful of checking their privilege when they bought an abandoned house east of downtown for $35,000 in 2013, eight months after coming to Michigan.

She and Karl Kaebnick wanted to be good neighbors on Van Dyke Place in the West Village, without the swagger and arrogance that some newcomers fling.

"Karl and I aren't here to change or save Detroit. We love it for what it is, not what it might be," the journalist writes in "Detroit Hustle," a hardcover book being released May 3 by Running Press of Philadelphia. 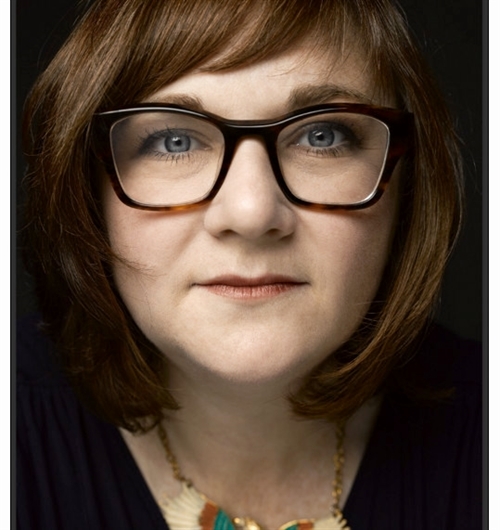 Amy Haimerl and her husband were "inexplicably smitten" with the stripped bargain they found on Van Dyke Place.

"Originally 'Detroit Hustle' was pitched as a nonfiction book about Detroit, but my editor convinced me to write it as a memoir and tell those very personal stories of life and love and home," Haimerl (pronounced High-merl) tells Deadline. "And that meant telling very personal stories about Karl and our marriage as well." (The interview text is below.)

Coverage from Detroit to New York

Fittingly, her book is subtitled: "A Memoir of Life, Love & Home." Coverage appeared in The Detroit News last month and in The New York Times on Saturday.

A Publishers Weekly review says Haimerl writes "with humor and incisiveness," and adds:

This book is about more than the blight of Detroit; it is also about making a new home and community in a rapidly changing city..

A free launch party runs from 4-6 p.m. May 7 at the Detroit Institute of Arts’ Kresge Court, where the author retreated from the sounds of hammering while drafting her manuscript. She'll read a portion at 5 p.m.

"Detroit Hustle" traces the 40-year-old writer's path from rural Fruita, Colo., ("a place that feels like it's a thousand miles from nowhere") to "feeling adrift in my career" while living in Red Hook, Brooklyn, where the couple "couldn’t imagine staying" as rent topped $3,500 a month). A Knight Wallace Fellowship at the University of Michigan in 2012-13 was a flipping point that propelled the pair "into a wholly unknown direction."

They got married at Brooklyn Borough Hall, moved temporarily to Ann Arbor and were on track for the West Village adventure.

Readers learn scary -- and inspiring -- stuff about what happens after buying "a 3,000-square-foot box of fuckedupedness," as the author describes their 1914 Georgian Revival home. Scrappers had removed the doors, light fixtures, plumbing, wiring, furnace, water heater and kitchen appliances. Plywood covered all 42 windows.

"What we have [in mid-2013] is a pile of bricks  with character," she writes in the first of 16 chapters. "Let's be honest: the house could be used as a set for 'Falling Skies' or any other postapocalyptic show.

"Still, we are inexplicably smitten. We can already imagine our lives inside these walls."

Readers also are reminded of universal relationship truths, such as the risks of "waiting for the other to blink." 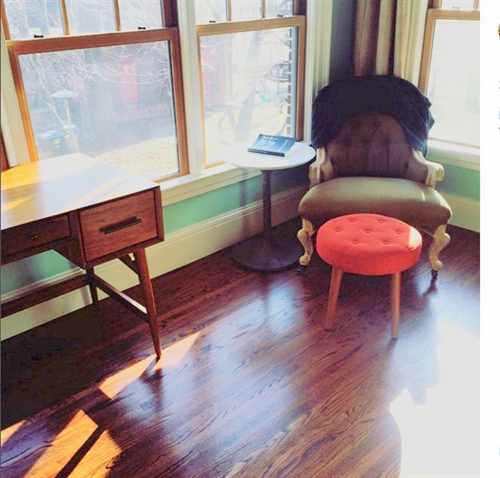 One reward: The author describes this as a "writing and thinking space." (Photo by Amy Haimerl)

The house, nicknamed Matilda, is as much a character as the writer, her spouse, their contractors, friends, neighbors and the city itself.

While juggling her high-impact work at Crain's with monitoring the renovation project by a father-son team from Maxwell Construction of Detroit, Haimerl did what a writer does -- blogged about the what-have-we-done saga. The Detroit House Blog still lives, with two 2016 posts so far, and germinated into the 80,000-word narrative in her 272-page book.

"The book is very personal and it's going to be interesting coming to terms with people knowing so much about me," she says in an online interview. "At the same time, I'm glad I did it."

Her 44-year-old husband is a software architect ("code cook," he quips) at Mango Languages, an e-learning firm in Farmington. They celebrate four years of marriage June 15.

On the back cover, Stephen Henderson of the Detroit Free Press — a go-to reader who also has a blurb on Nathan Bomey’s new book about the city's bankruptcy case — says Haimerl “has you rooting for the city, but also cheering for the writer and her husband . . . and the expansive house renovation project whose journey, hiccups and all, makes them into Detroiters.” 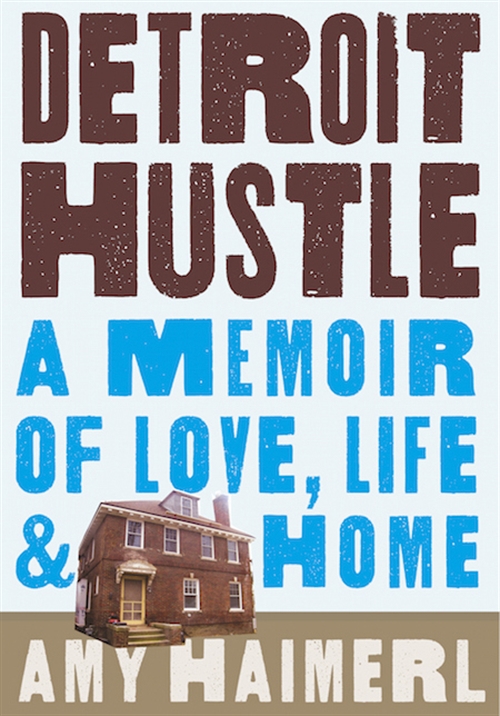 But enough about what he or we say. Here’s what the first-time author, who's preparing for an eight-city book tour, tells Deadline in a recent online interview.

A conversation with the author:
'The book is very personal'

Q. Tell how your title uses hustle in a positive sense.

A. I never even thought about "hustle" in a negative context until I started getting comments on the book! To me, hustle always meant hard work. Growing up my dad always said, "You have to hustle, kid. Hustle harder than anyone else."

So it seemed so appropriate when I moved to Detroit and came across the city's unofficial slogan. To me it doesn't mean anything shady. It means this is a place, like Elmore Leonard said, that has to work for a living. Everyone has their art and side projects and creativity and a million other things they are doing to both fill the bank account and support their passions.

Q. Mid-2013 certainly was a smart time to find a house for $35,000 before Detroit’s restructuring and turnaround. And now seems a good time to publish amid national interest in the city. How did you sense the moment was right, or are you as lucky as you are smart?

I guess, lucky. It wasn't premeditated. Certainly my husband, Karl, and I had spent too many late nights, deep into the last nightcap, thinking about where we would move if we ever left Brooklyn. Prices were rising and we feared we'd never be able to afford a permanent spot in New York. But that was all just dreaming and talk, like all New Yorkers do. You don't actually leave . . . until you do.

In 2012, I was awarded the Knight Wallace Fellowship at the University of Michigan, so Karl and I came here for that. We expected to return to Brooklyn, our beloved neighborhood of Red Hook, at the end. But Detroit stole our hearts. And we figured, if we went back to Brooklyn, we'd never leave again; we'd never try a life anywhere else. And sometimes you just know a place is right, the way you know when you've fallen in love with the person who will be your spouse. At least that's what Karl says.

We bought the house in June of 2013 completely ready for Detroit as it was, not looking to build Detroit into a replica of where we'd come from. Six weeks later, the city declared bankruptcy.

Q. Did you see the project as book-worthy from the start or did that thought emerge? Did blog posts feel like chapter notes?

I started the blog just as a way to keep friends and family updated. I've lived in a lot of cities -- Denver, Brooklyn, Jackson, Miss. -- so it was a nice way to keep everyone up on the crazy #DetroitHouse project, as we called it.

But as I went on, I discovered how many questions I had that were hard to find the answers to: 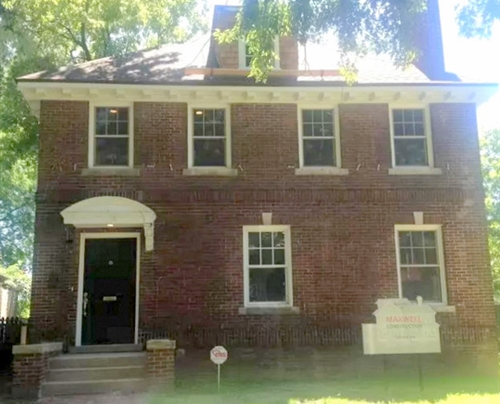 And so as I had to find the answers, it seemed like the blog could be a repository of information for others trying to find answers. I mean, so many people are rehabbing their houses. It seemed like we didn't need to be reinventing the process every time!

Q. How scary did each of your leaps -- home purchase and book manuscript -- feel at first?

A. I've always been someone who leaps first and looks later. So neither thing felt scary at the time! But after the fact, there have been more than a few "what was I thinking?!"

The book deal, for example, was so exciting to get. The writing was hard, but it was for me. Now, I realize, "Oh no . . . people are going to read this. That's a terrible idea! Why didn't I think about in the first place?" The book is very personal and it's going to be interesting coming to terms with people knowing so much about me. At the same time, I'm glad I did it. I'm glad to tell my story of growing up poor in rural Colorado and becoming the first in my family to go to college and use my education to move into the middle class. I feel like that experience is interesting and relevant in the context of Detroit.

Q. This seems like a love story about you and Karl investing in each other, in Detroit and in a home. Do you consider one of those “characters” or themes the primary one?

A. Those are all themes of the book. Originally "Detroit Hustle" was pitched as a nonfiction book about Detroit, but my editor convinced me to write it as a memoir and tell those very personal stories of life and love and home. And that meant telling very personal stories about Karl and our marriage as well.

Early readers are already calling him "Lovey" because that's my nickname for him. Karl really became the hero of my book because he's the hero of my life.

A. Both were more work than I could have imagined, involved more tears than I care to admit and are more rewarding that I could have hoped.

Q. What were or are your biggest surprises about Detroit and the remodeling project?

A. The surprises of Detroit real estate are too many to tell here. You'll just have to read the book! 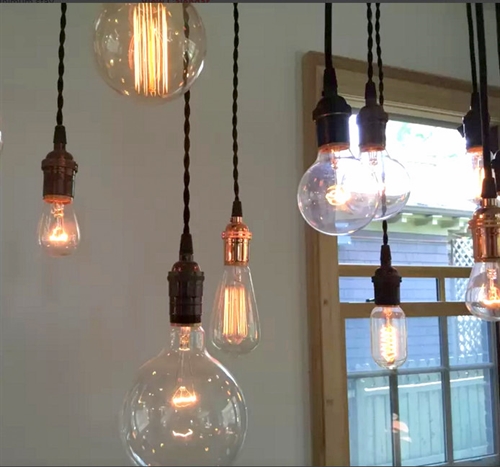 Q. Can you isolate a favorite thing about West Village?

A. My neighbors. I love our neighbors and how tight-knit this community is.

I never wanted a life of anonymity. I've always lived in communities that watched out for each other. That's not for everyone, but it's the hallmark of the West Village. This is a special place in a very special city. We can't throw a party for less than 50 because by the time we've invited the neighbors, we're at that many!

► Pre-order the book: Publisher has links. 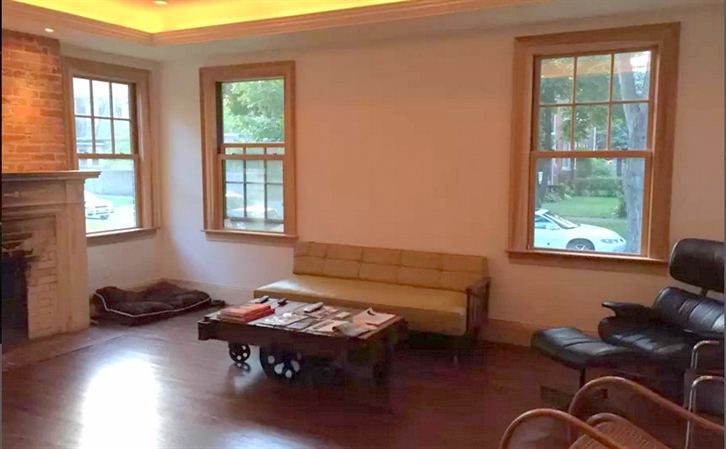