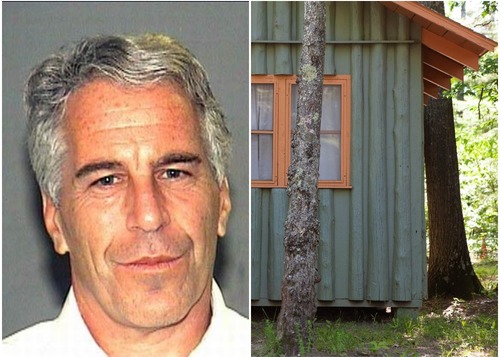 It looks as if Jeffrey Epstein's Lolita Express was also making stops at Interlochen, the famed fine arts school and camp up north.

According to the Daily Beast, the accused child sex trafficker donated up to $500,000 to the school, paying for a lodge on campus that he could stay at for two weeks a year. Epstein, an alum of Interlochen's National Music Camp, took at least two trips there — one with his madame in tow. He also held alumni events at the New York townhouse where he's accused of raping at least one minor.

The Beast spoke to the school's communications rep, Katharine Laidlaw:

Laidlaw said Epstein is no longer an Interlochen donor, and that his last gift to the school was in 2003. “After the administration learned of his conviction, Interlochen discontinued contact with Mr. Epstein and removed all donor recognition with his name,” Laidlaw said in an email, referring to Epstein’s 2007 plea to soliciting underage girls in Florida.

She said Interlochen has no record of any complaint lodged against Epstein and that the school’s “policies would not have permitted Mr. Epstein any unsupervised access to students.”

However, Epstein has been accused of targeting at least one former student.

The mother of soap opera actress Nadia Bjorlin claimed Epstein targeted her daughter when she was a 13-year-old student at Interlochen in 1994.

“She was at school at the famed Interlochen Music Center in Michigan when she met Epstein,” Fary Bjorlin told The Daily Mail in 2011, adding, “My daughter was a singer. She was a baby. She was a skinny little girl, not mature for her age. She was 13, but everyone thought she was nine or ten.”

Fary said she believed Nadia was an easy target for Epstein because the girl’s father, classical conductor Ulf Bjorlin, died the year before. “Epstein was a big donor and he heard about Nadia and that her father had died, so she was vulnerable, and he contacted her. He said, ‘Here’s my number,’ Fary said, according to The Daily Mail.

Epstein visited Interlochen in 1998 with a madame and two other guests, according to flight logs reviewed by the Beast. The school told the online outlet he also visited in 2000. On that trip he stayed in the lodge, where he was permitted to spend up to two weeks a year. The lodge was reportedly next to a junior girls' camp.