A group of about two dozen progressive activists gathered downtown Tuesday to protest House Speaker Nancy Pelosi before she headed into the Detroit Club for a speaking event.

The demonstrators blamed Pelosi for stoking divisions between the establishment wing of the Democratic Party and four of its high-profile progressives, who include Detroit Congresswoman Rashida Tlaib. Demonstrators say Donald Trump has seized on the fracture, recently telling Tlaib and Reps. Alexandria Ocasio-Cortez, Ilhan Omar, and Ayanna Pressley to "go back" to their countries. On Monday, as the demonstrators chanted, he doubled down, tweeting:

The “Squad” is a very Racist group of troublemakers who are young, inexperienced, and not very smart. They are pulling the once great Democrat Party far left, and were against humanitarian aid at the Border...And are now against ICE and Homeland Security. So bad for our Country!

Pelosi is in town for the NAACP convention, and has been holding fundraisers and events with  Democratic Congress members from Metro Detroit. 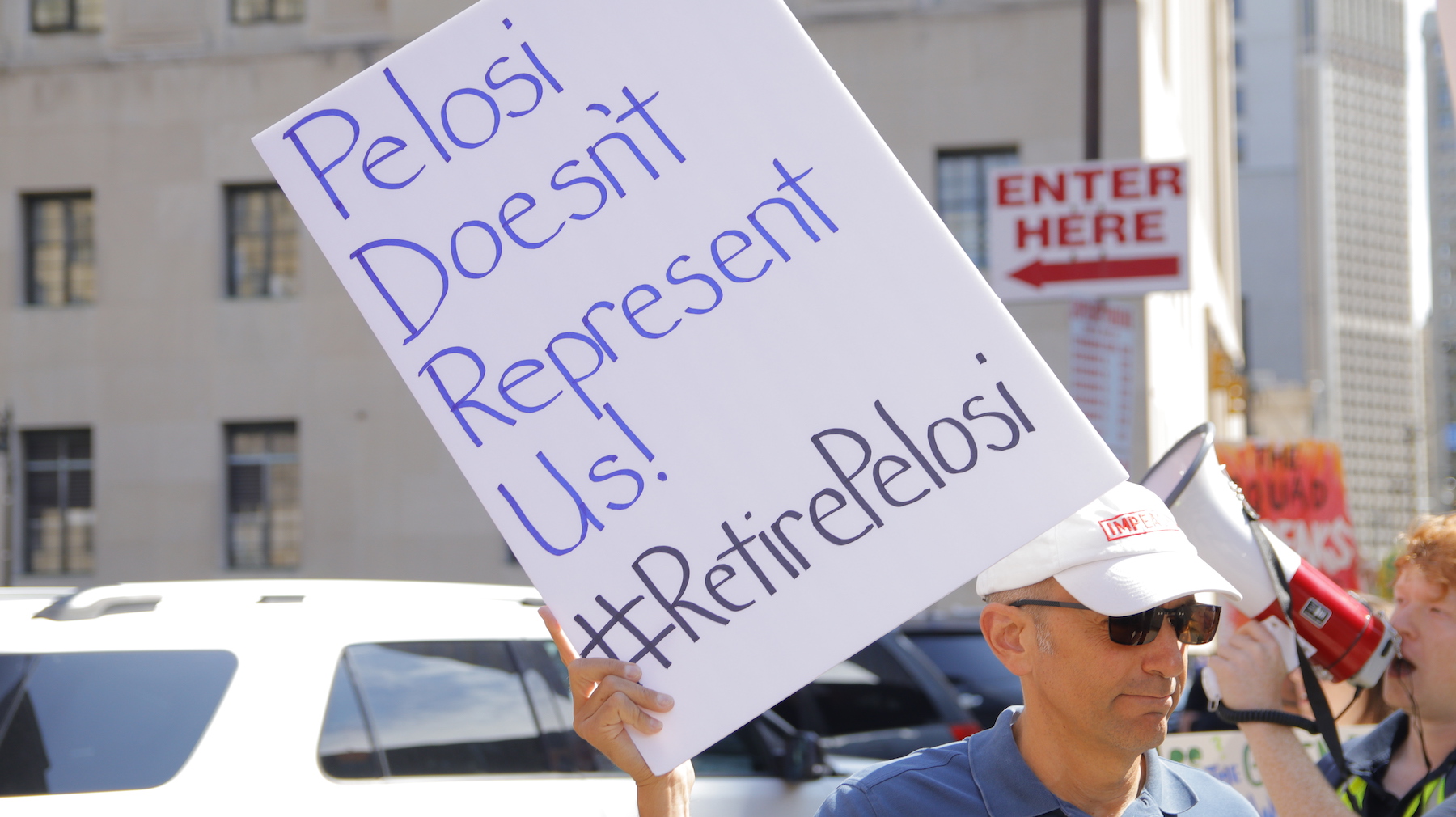 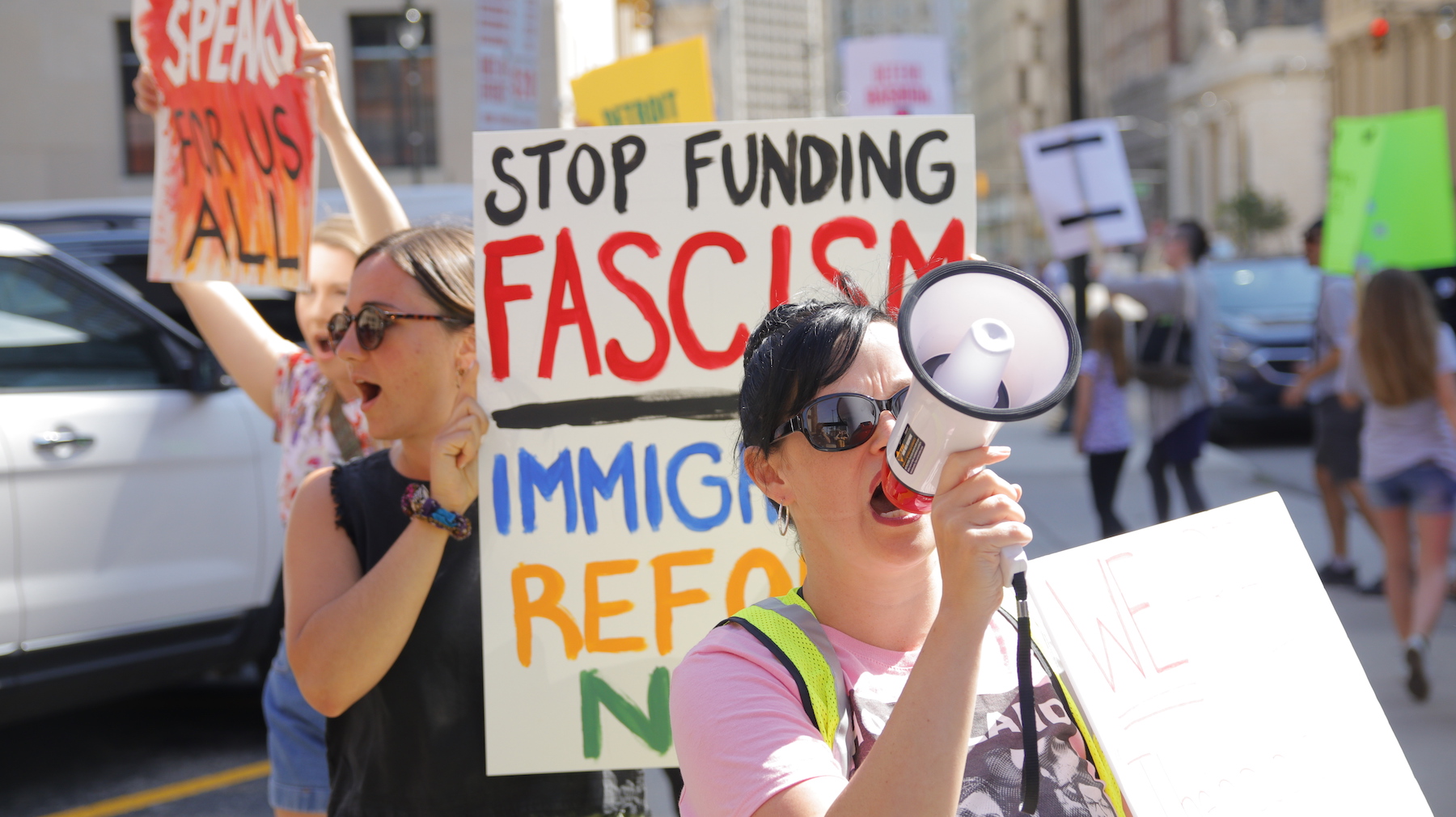 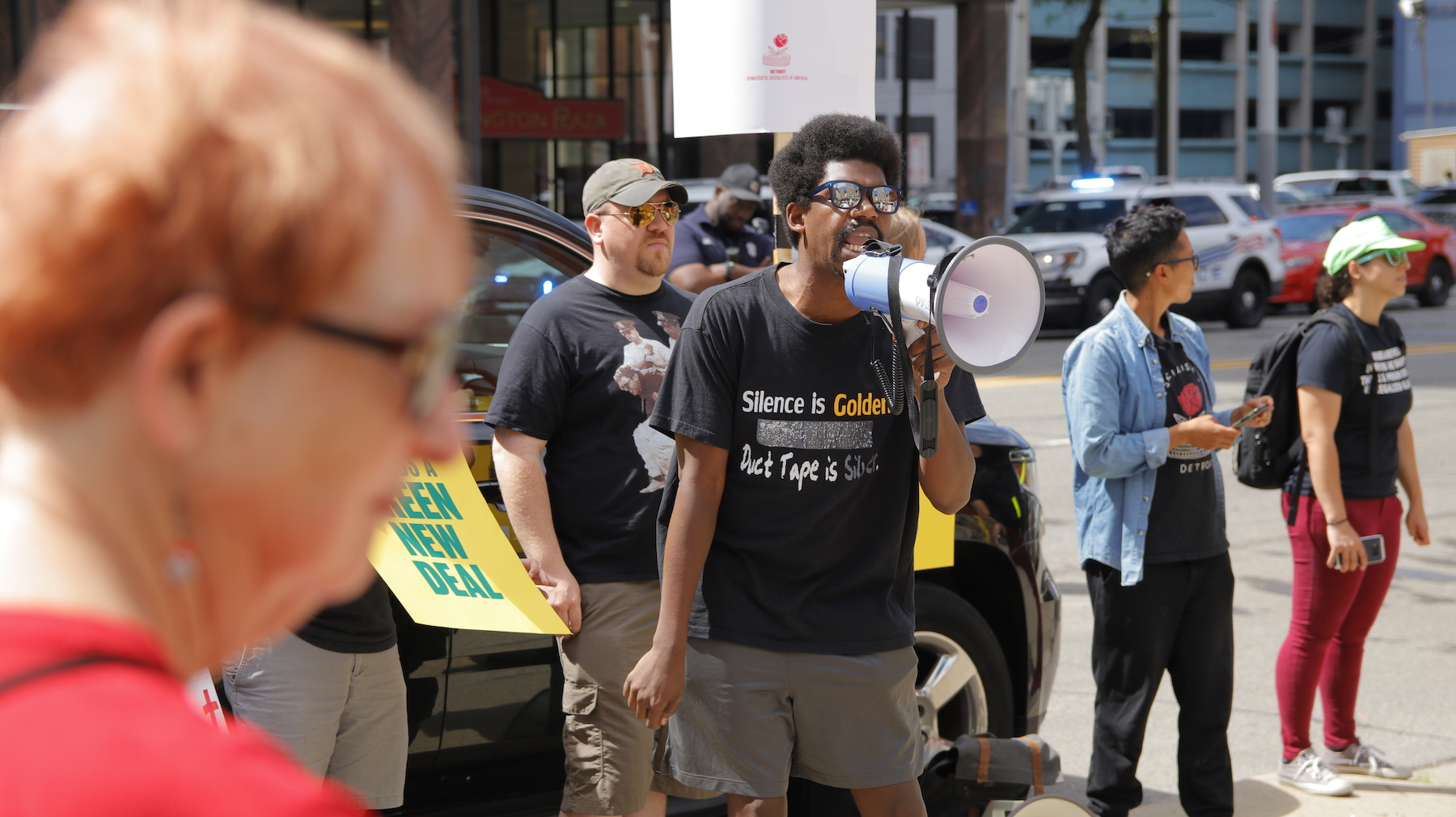 Meeko A. Williams: "We are the constituents for Pelosi, we should have a seat at the fundraising dinner." 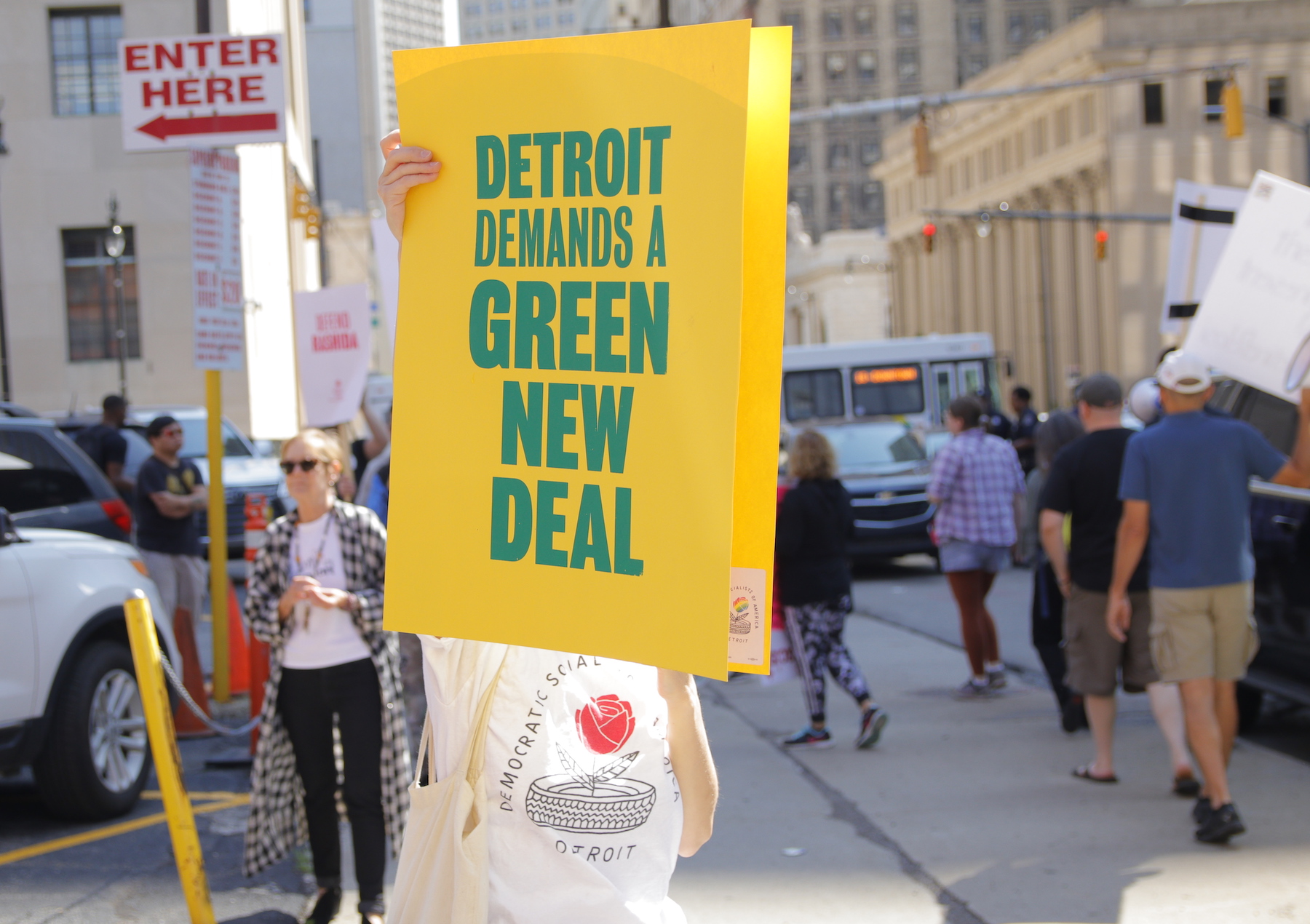 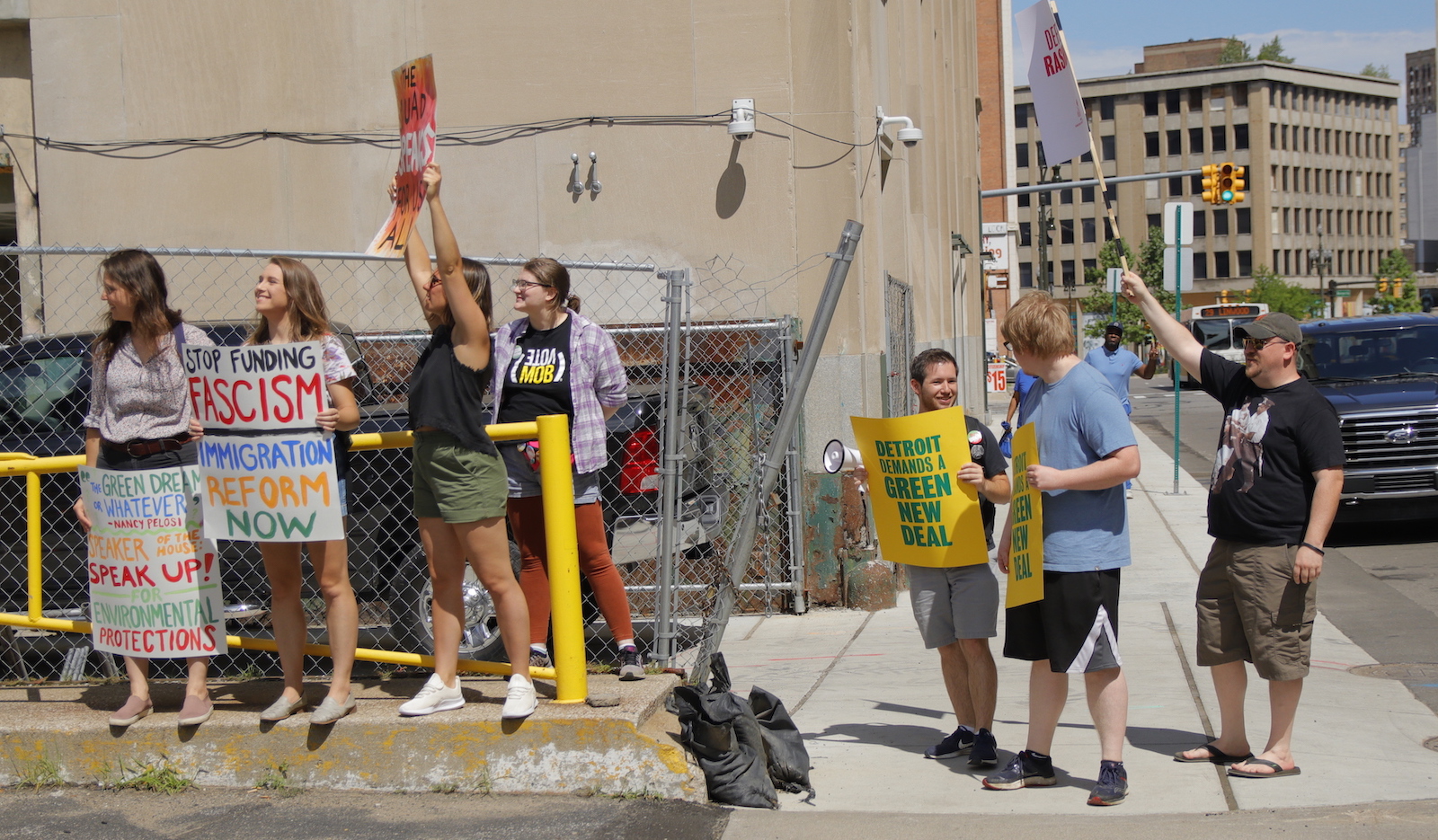 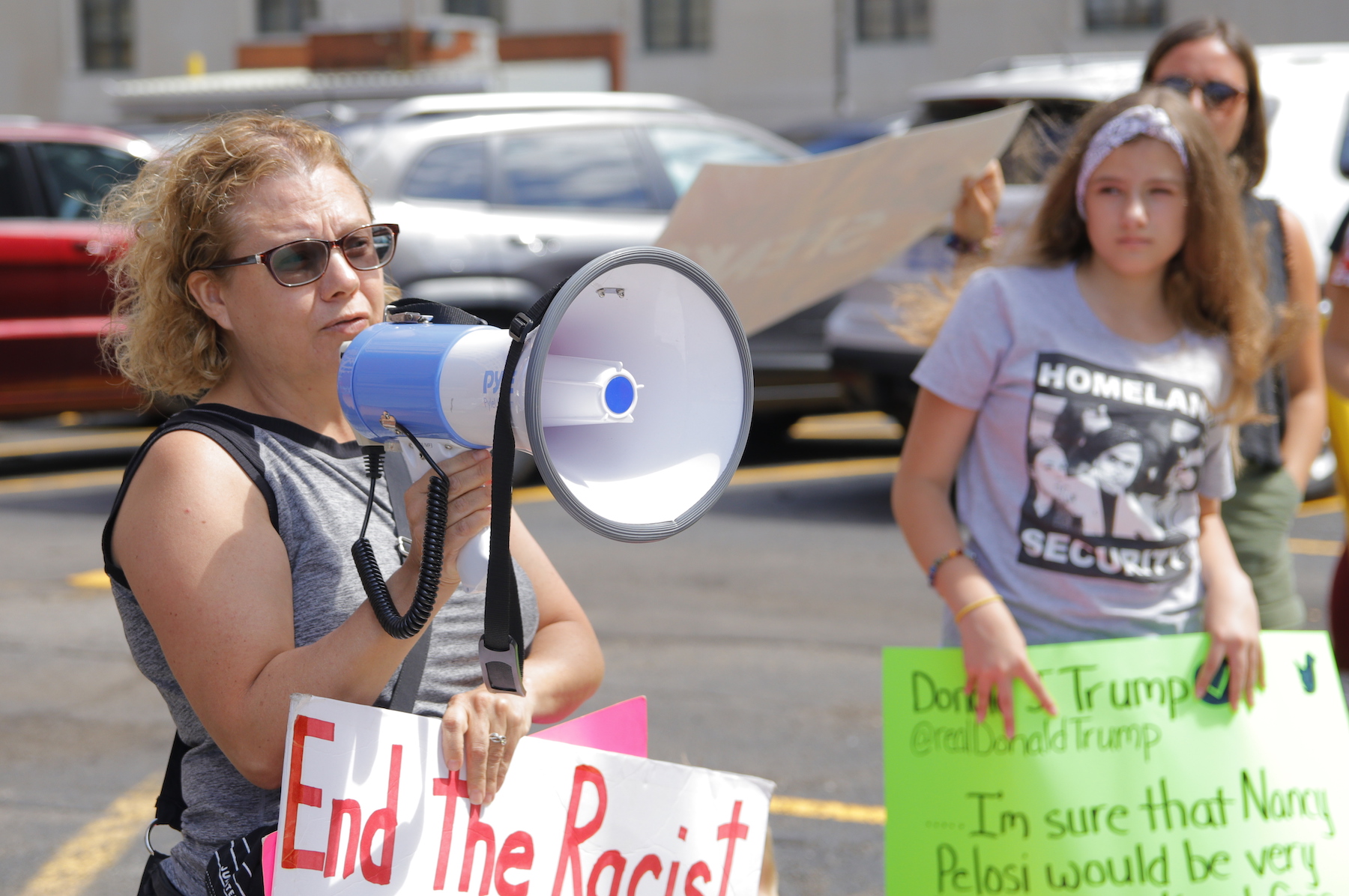 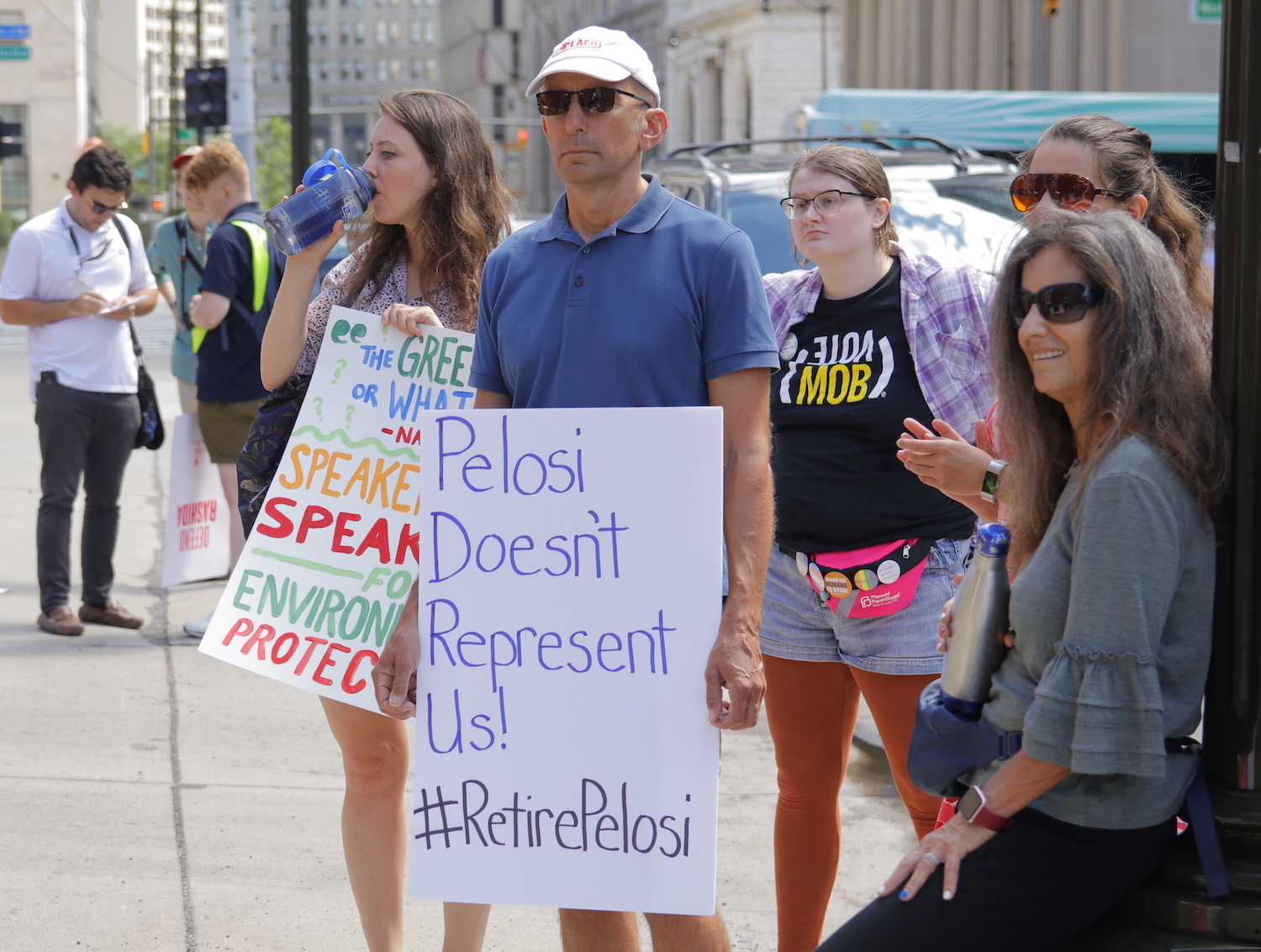 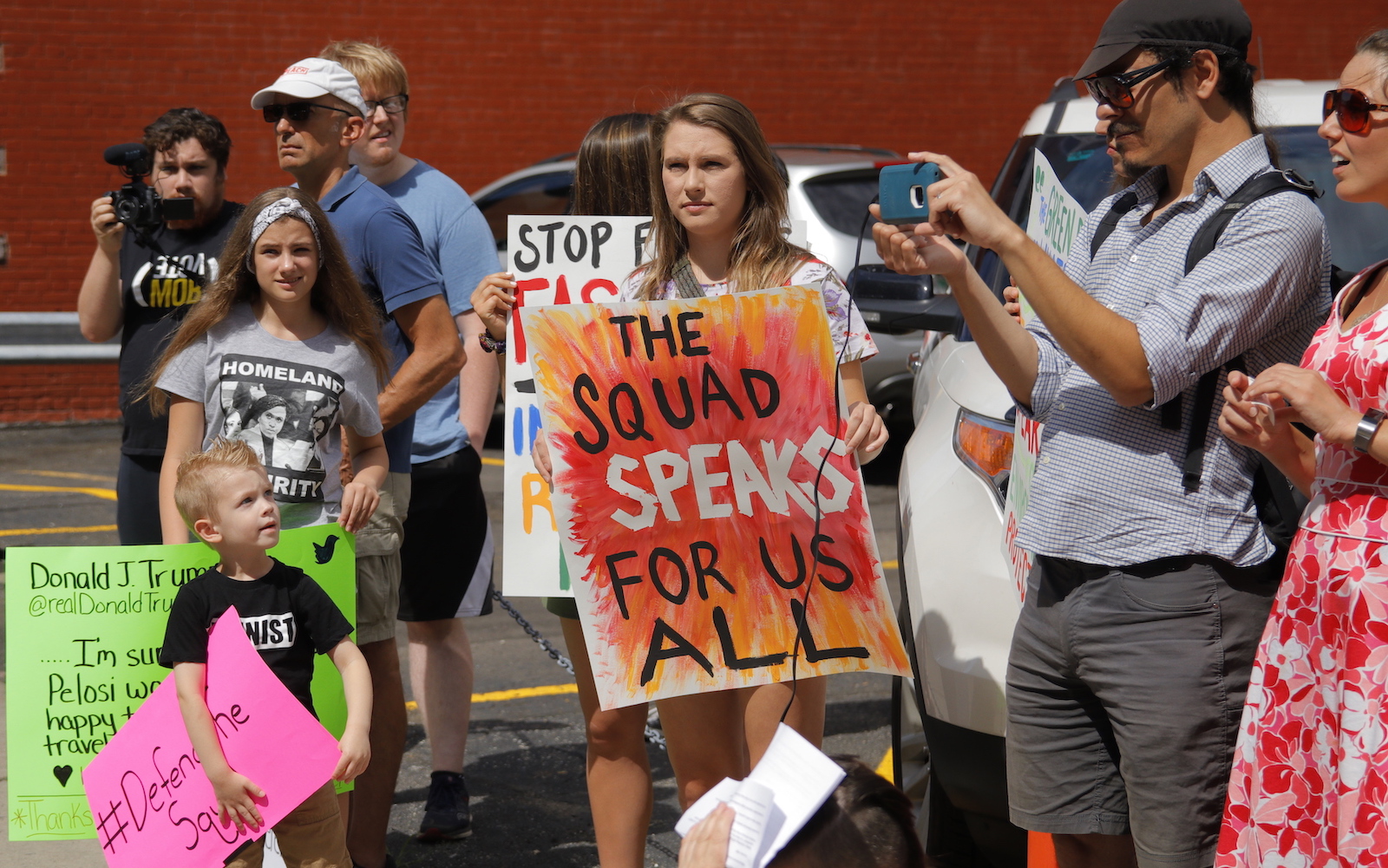 Demonstrators in support of "The Squad." 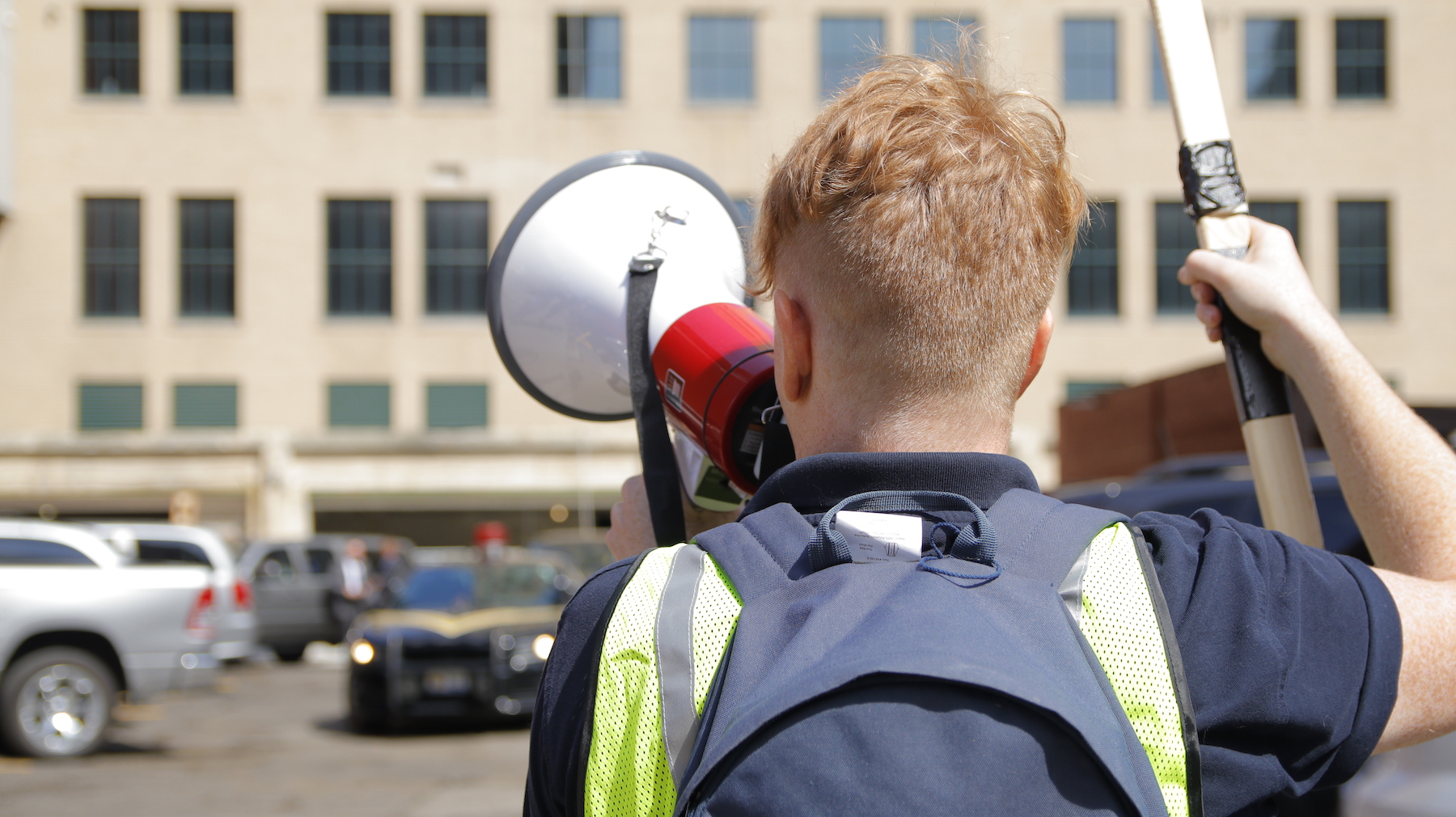 Organizer Will Toms: "We need leadership for women of color that will support their voices — progressive voices — voices that represent a majority of America and are for impeachment, medicare for all and a Green New Deal, as well as fighting fascist rhetoric." 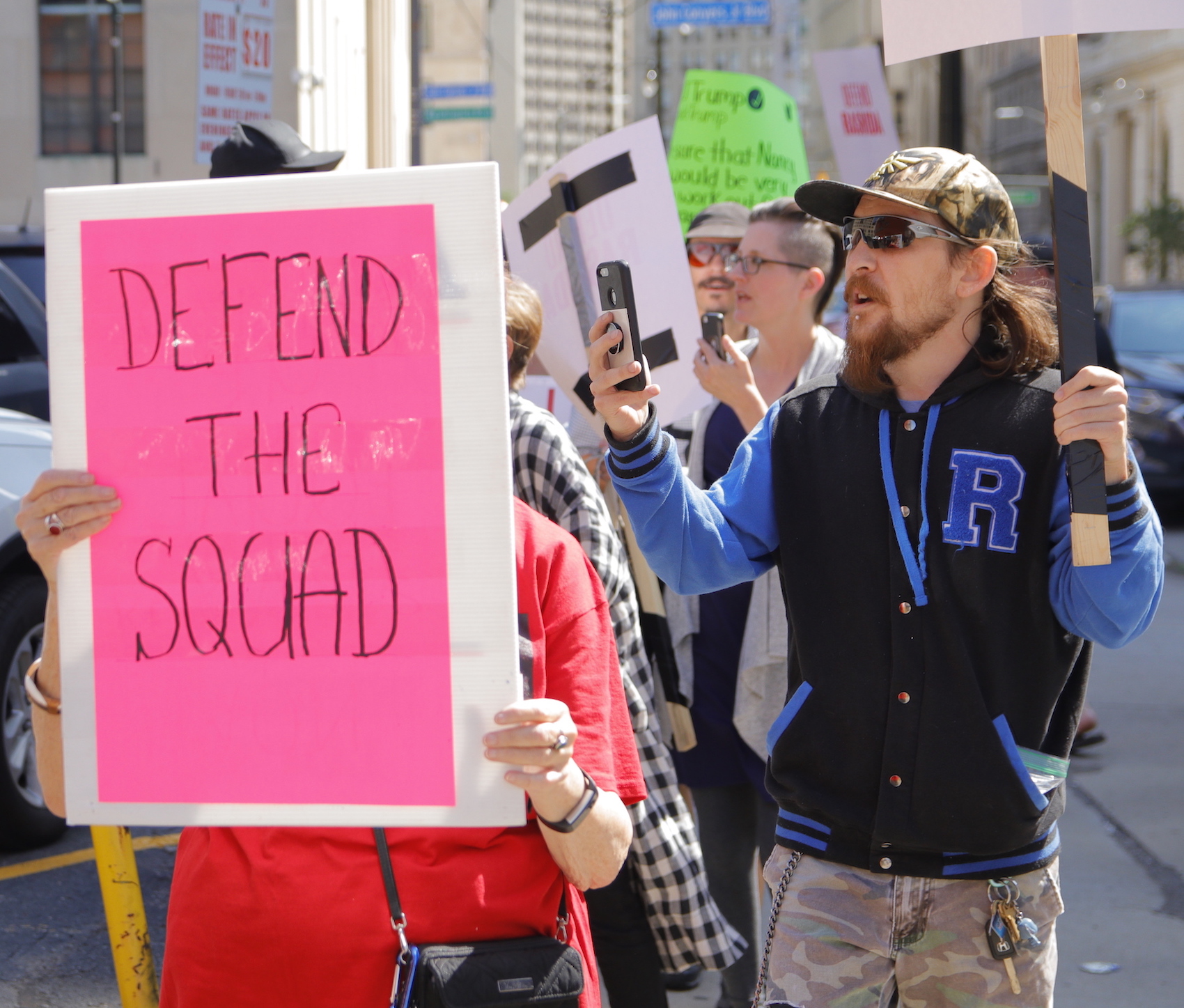 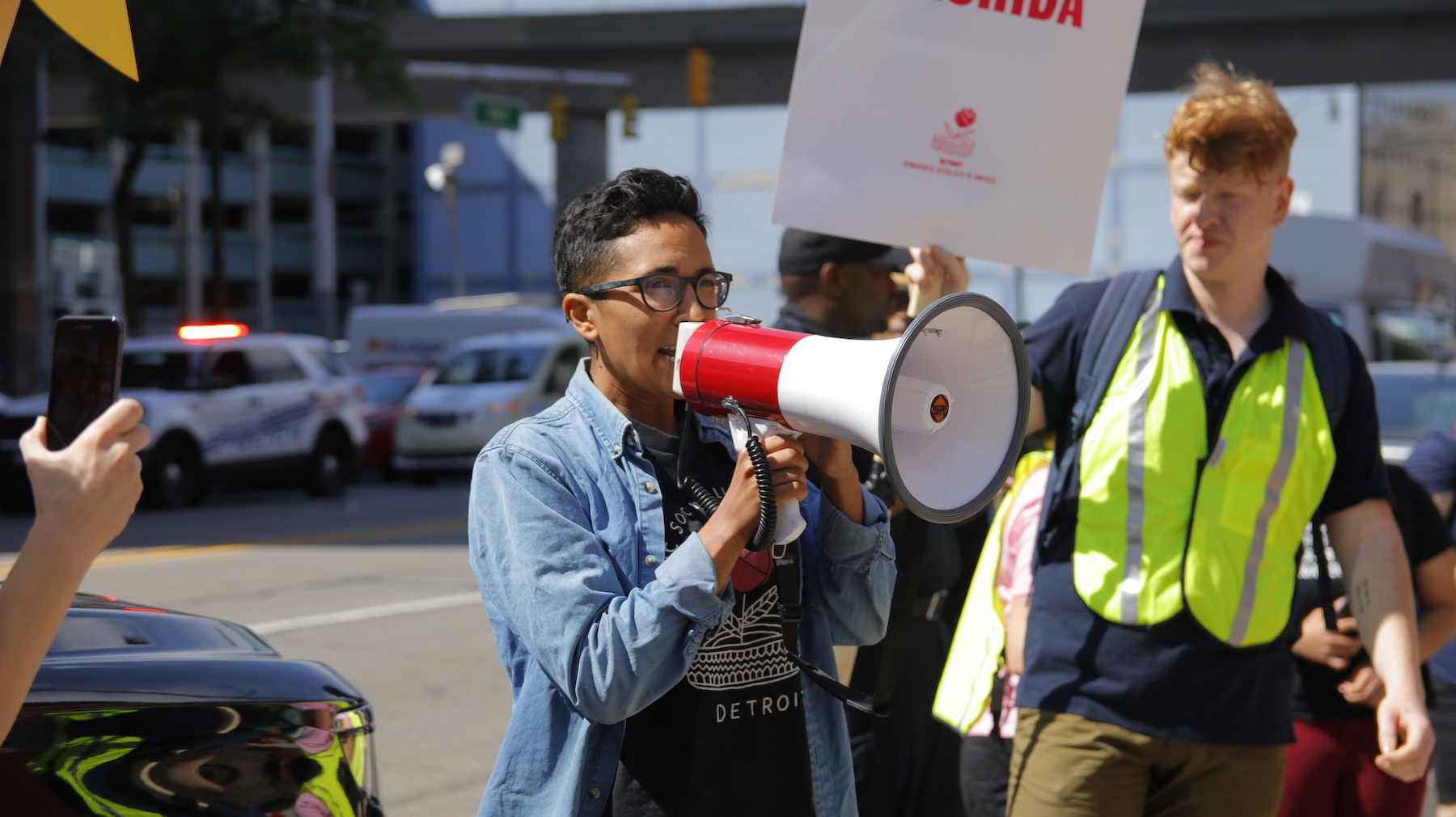 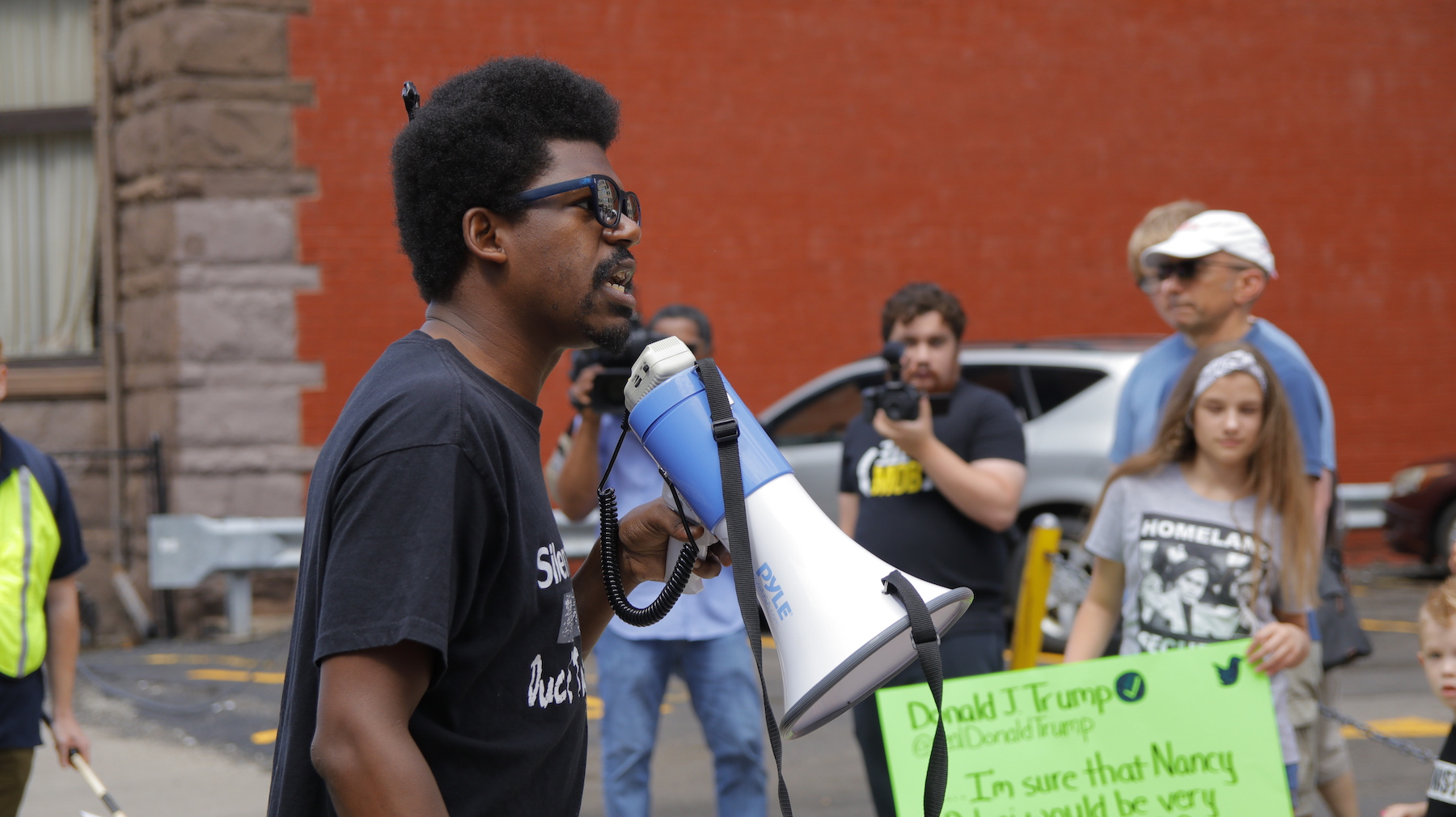 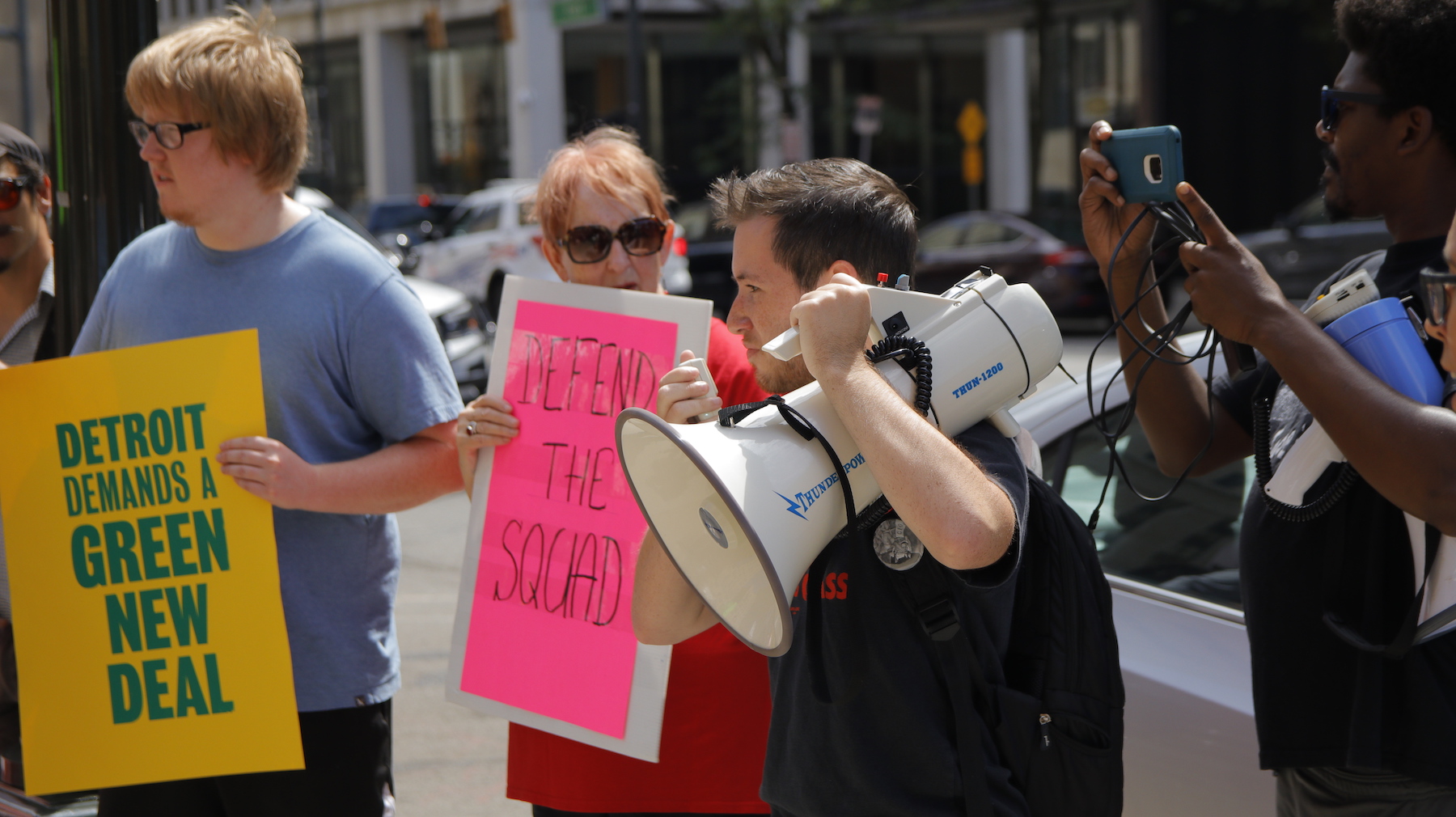 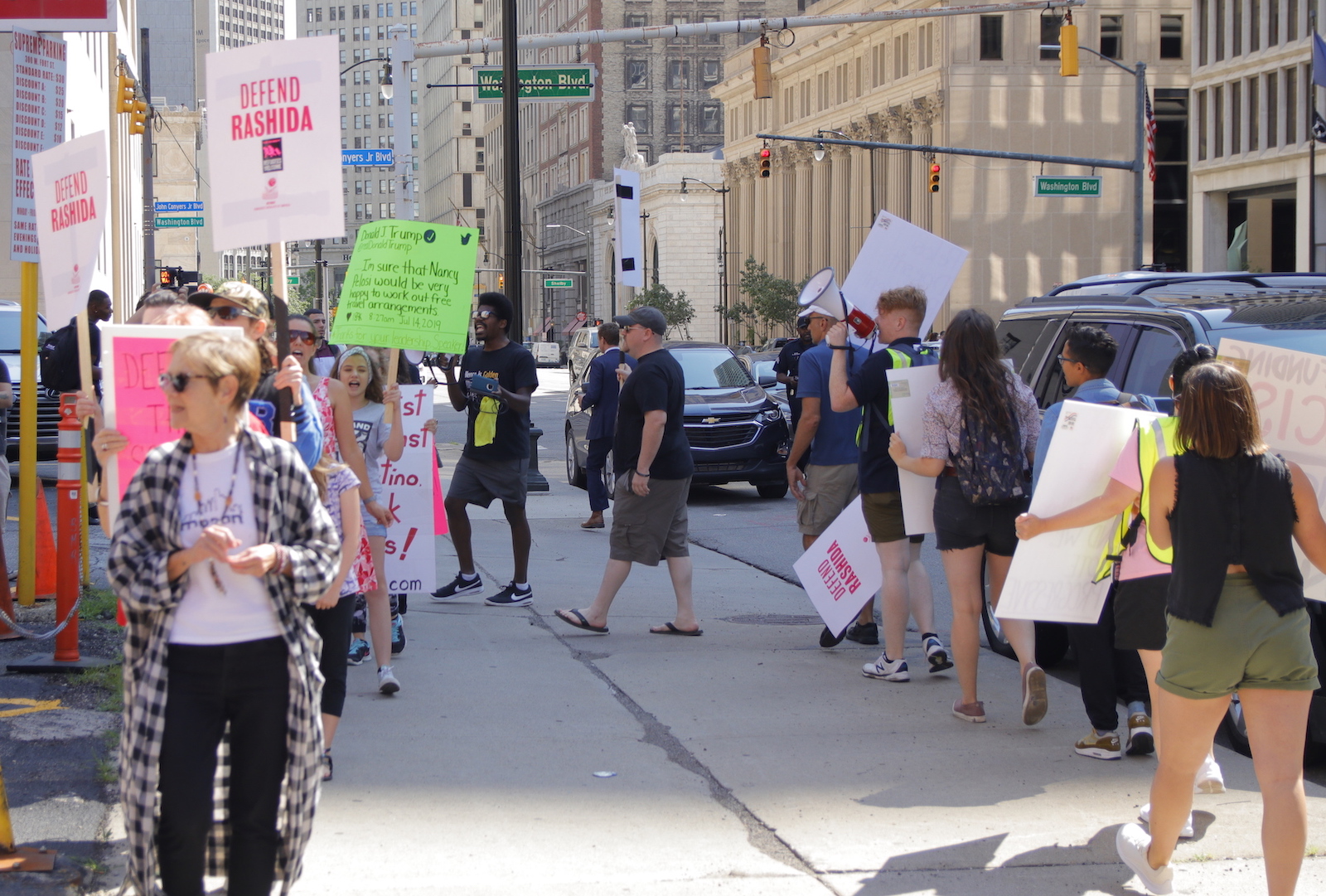