Selweski: Focus on Detroit's Spirit and Hustle, Not Contrasts with Other Cities 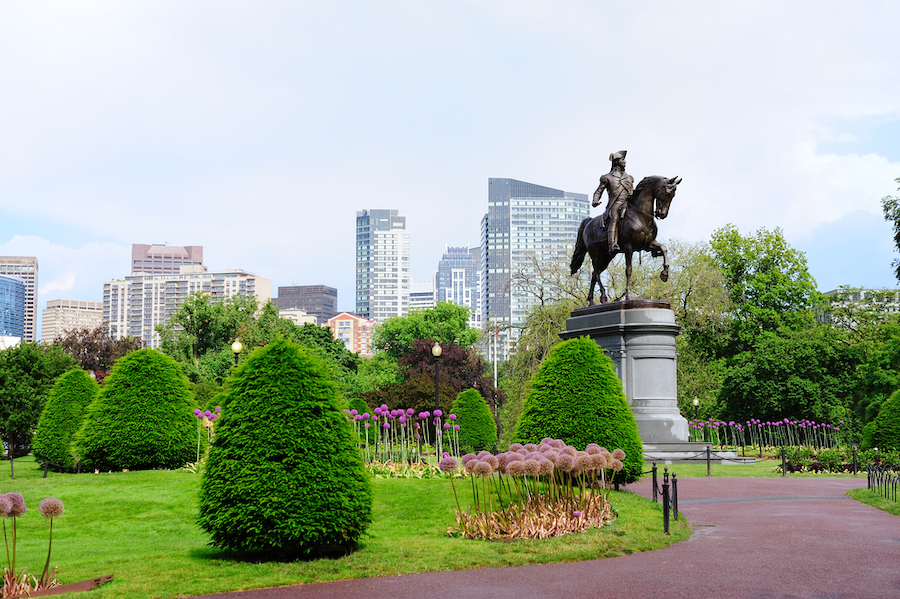 Let’s first get this out of the way: Massachusetts represents yet another winter-weather state, like much of the Upper Midwest and Ontario, that has smooth roads everywhere, unlike the innumerable crumbling roadways in Michigan that are blamed on routine freeze-and-thaw conditions.

A pothole in Massachusetts, one of America’s flourishing states, is about as common as a rusty pickup with a Confederate flag and gun rack. How do they manage that level of road maintenance? Michigan officials apparently have no clue.

Second, in comparison to Detroit, the popularity of the city of Boston with Millennials and tech workers becomes abundantly obvious within minutes of arriving in the downtown area.

This is a bustling urban landscape with a wide array of beautiful tall buildings and stunning historic churches. While Detroiters marvel at the improvements made on the downtown/Midtown Woodward corridor – about 3 ½ miles of modernity – Boston offers about 25 similar corridors. In fact, while Detroit’s downtown covers roughly seven square miles, downtown Boston comprises 90 square miles.

At lunchtime on a weekday, more people are on the street within three to four blocks than in nearly Detroit's entire downtown/Midtown area of Detroit.

After returning from a vacation in Boston and Cape Cod, and after traveling hundreds of miles throughout the area, I can honestly say that any attempt by Detroit officials to compete with Boston for sought-after companies and high-tech workers is a losing effort. Frankly, the enthusiasm expressed by Motown boosters who gush about the Detroit “comeback” is rather embarrassing compared to what Boston and the Cape offer.

Much of Michigan suffers from a persistent loss of talent – college-educated workers – leaving for Boston, Chicago, New York and Minneapolis, not just the Sunbelt. The Chicago Sun-Times last week ran a story about the Windy City’s abundance of young college grads, a report that offered this comparison in big, bold type: “The recent influx has kept the city from going the way of Detroit.”

Detroit, it should be explained, ranks last by a good margin in the percentage of college grads among the 50 largest U.S. metropolitan areas. As for Boston, it has five colleges within the city limits plus two of the nation’s premier universities, Harvard and MIT, just across the Charles River in Cambridge.

That’s a key reason why “Beantown” has an unemployment rate of 2.7 percent -- half the jobless level in Metro Detroit. There is no “brain drain” there.

But the lure of downtown Boston goes beyond finances. Its amenities include history, architecture, lush landscaping and trees, a greenways trail cutting through the urban terrain, farmers markets, Boston harbor, and numerous high-rise apartment/condo buildings with dazzling views of the river and its marinas.

Boston Common, along with the adjacent city gardens, represent a smaller version of New York’s Central Park. To see a vacant building in this vicinity is a bit of a shock.

The downtown also has a subway, buses and trolleys. And then there are the rather luxurious ferries in the Boston area that provide scenic rides to the quaint New England towns and countless oceanfront beaches on the Cape. The ferries also take vacationers to the islands of Martha’s Vineyard and Nantucket, with cobblestone streets, brick sidewalks and upscale shops, hotels and houses.

Clearly, Detroit cannot hold a candle to Boston. But it can hold up the one big advantage it has over most American cities – low cost of living and especially affordable housing. That’s the key selling point.

While metropolitan areas struggle with losing young professionals due to sky-high prices, Detroit officials would be foolish to let gentrification lead to outrageous prices for condos and apartments in downtown and Midtown.

And another thing: Stop comparing Detroit of 2019 to the lowly Detroit of 1979 and declaring a renaissance, a spectacular success.

Don’t expect to make Motown like Beantown or to turn the Motor City into a version of the Windy City. Just try to make it a better place to live, and accept the fact that Detroit will never be more than a spirited city with quite a few scars, but one that keeps on fighting.