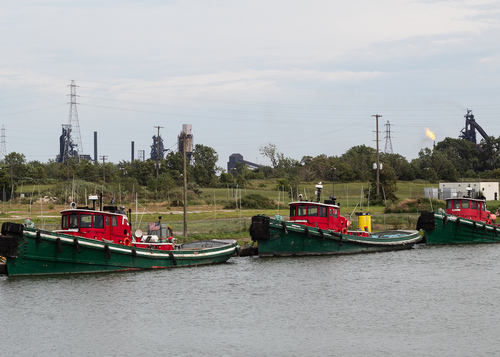 Photos by Michael Lucido and Craig Fahle | Text by Fahle

Jefferson Avenue follows the Detroit River from the city’s eastern border with Grosse Pointe to its southwestern edge at River Rouge. There are two interruptions near Downtown Detroit (it was cut off to make way for construction of the TCF Center and Joe Louis Arena). But with a small detour, you can take the road from one end of the city to the other.

East Jefferson is known for its wide lanes, riverfront condominiums, views of Belle Isle and new developments. But as soon as you pass through downtown, West Jefferson takes on a distinctly different vibe.

When you rejoin West Jefferson at the base of Rosa Parks Boulevard, the pavement disappears for the first half mile or so. The gravel laid on this section hides the bricks that the street used to be paved with, and every once in a while train tracks that once serviced the industrial buildings here pop through.

In the shadow of the Ambassador Bridge, this area was once the home of Detroit’s heaviest industry, with bustling shipyards, the old Boblo Island dock and a number of factories and machine shops. While some of the businesses are still in operation, the abandonment is clearly evident.

But all along, there are surprises that break up the industrial feel. Once you head under the bridge, a new development, Riverside Park, comes into view. Its soccer fields, basketball courts, dog park and skate park are attracting visitors from city and suburb alike. Keep going, and you hit Historic Fort Wayne, and its mid-19th century barracks, along with the Tuskegee Airmen’s museum.

Little spots like Delray Park are off-the-beaten-path destinations for anglers, with views of the city skyline. And of course, the few remaining businesses in the Delray neighborhood defy the residential flight that has doomed this once-thriving area.

This drive may not be the most scenic in the city, as the city’s industrial past dominates. Old power plants, the city’s water treatment plant and the zombie-apocalypse movie set of Zug Island virtually eliminate the river from view.

But by the time you get to the drawbridge at River Rouge, you realize the true attraction: the mix of history, cool open spaces, abandoned buildings, empty neighborhoods and resilient people that make this place uniquely, weirdly Detroit. 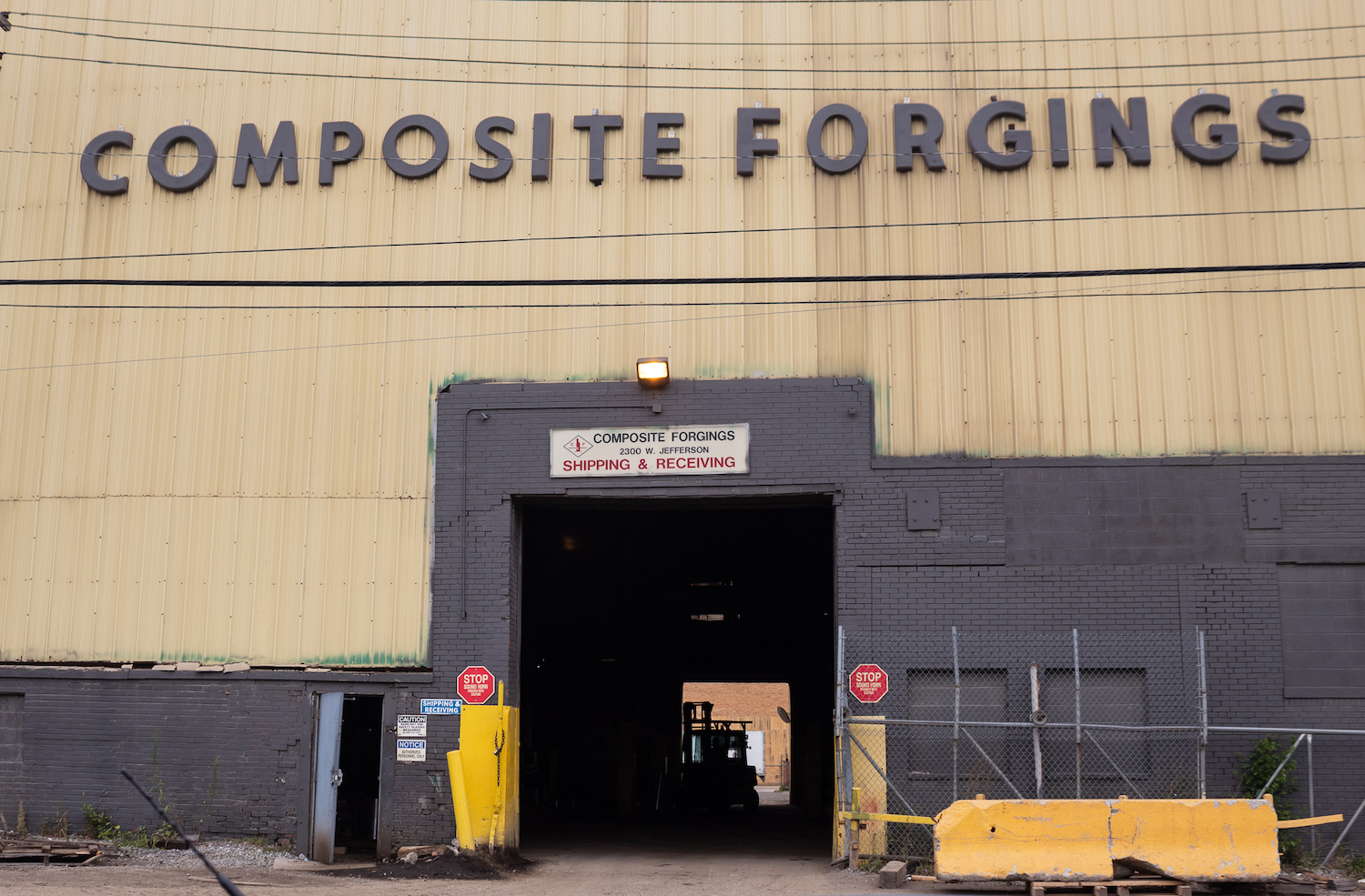 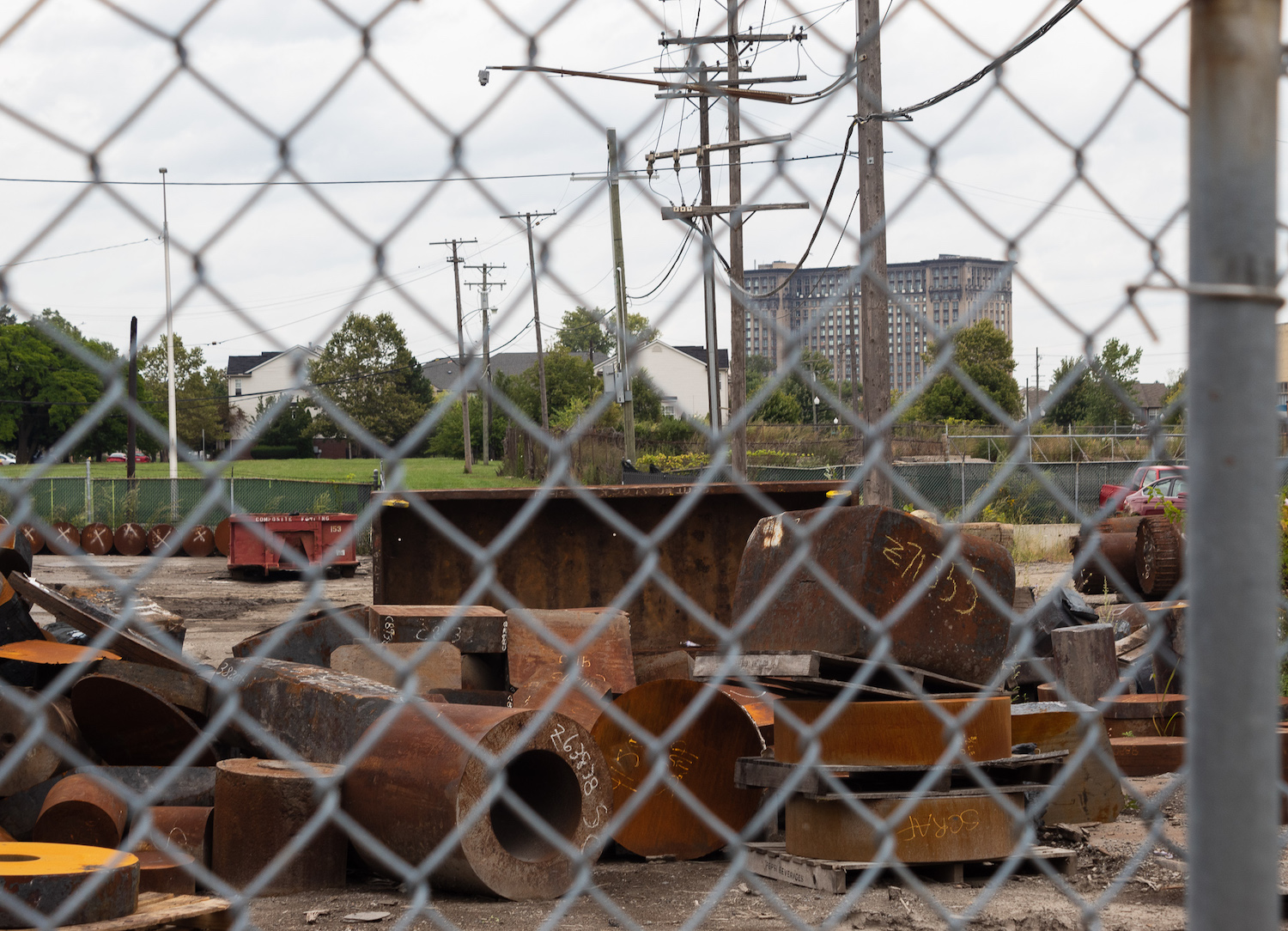 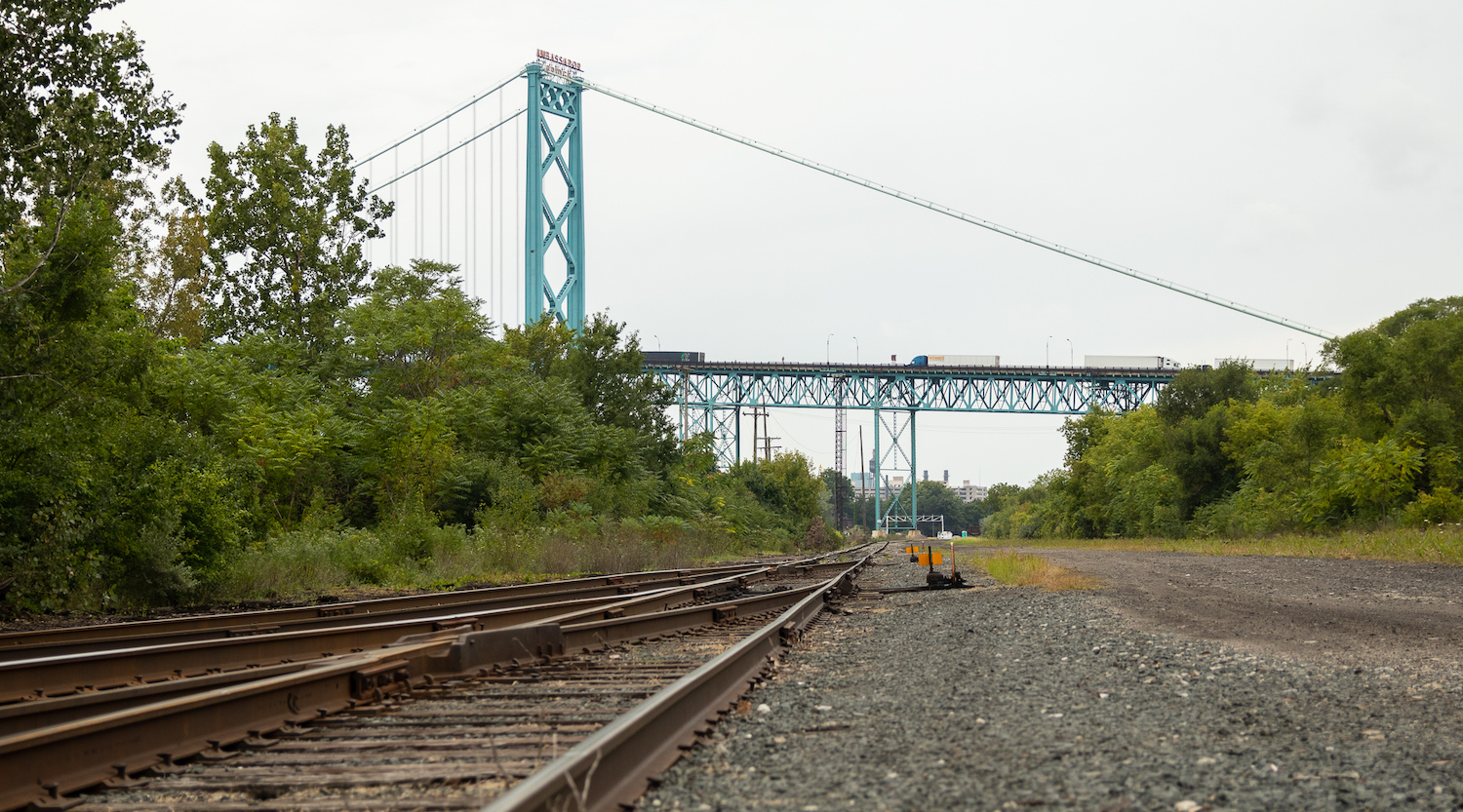 The Ambassador Bridge as seen from tracks off West Jefferson near 15th Street. (Credit: Michael Lucido) 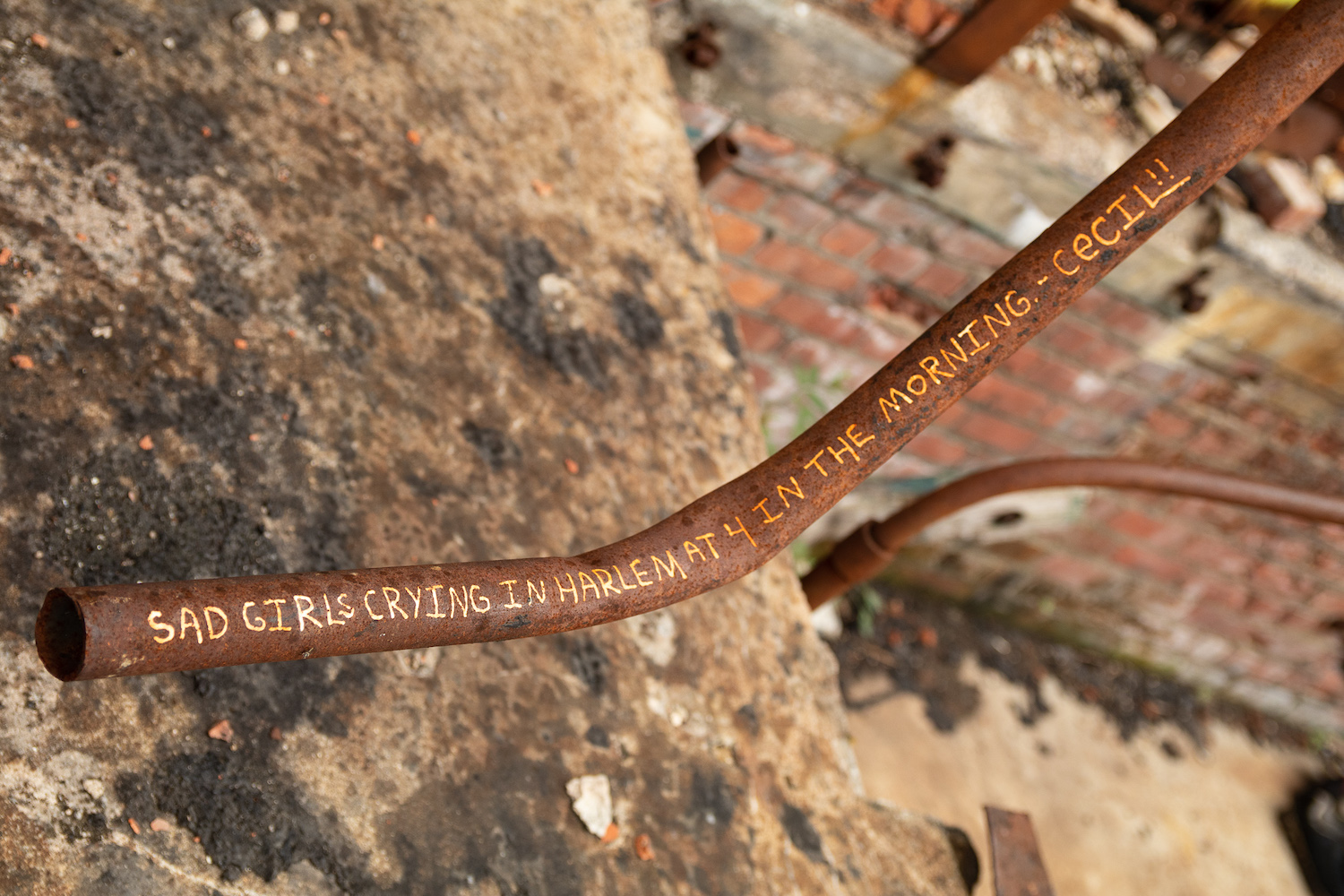 A message left behind in a dilapidated building off West Jefferson and Lafferty-Vermont Street. (Credit: Michael Lucido) 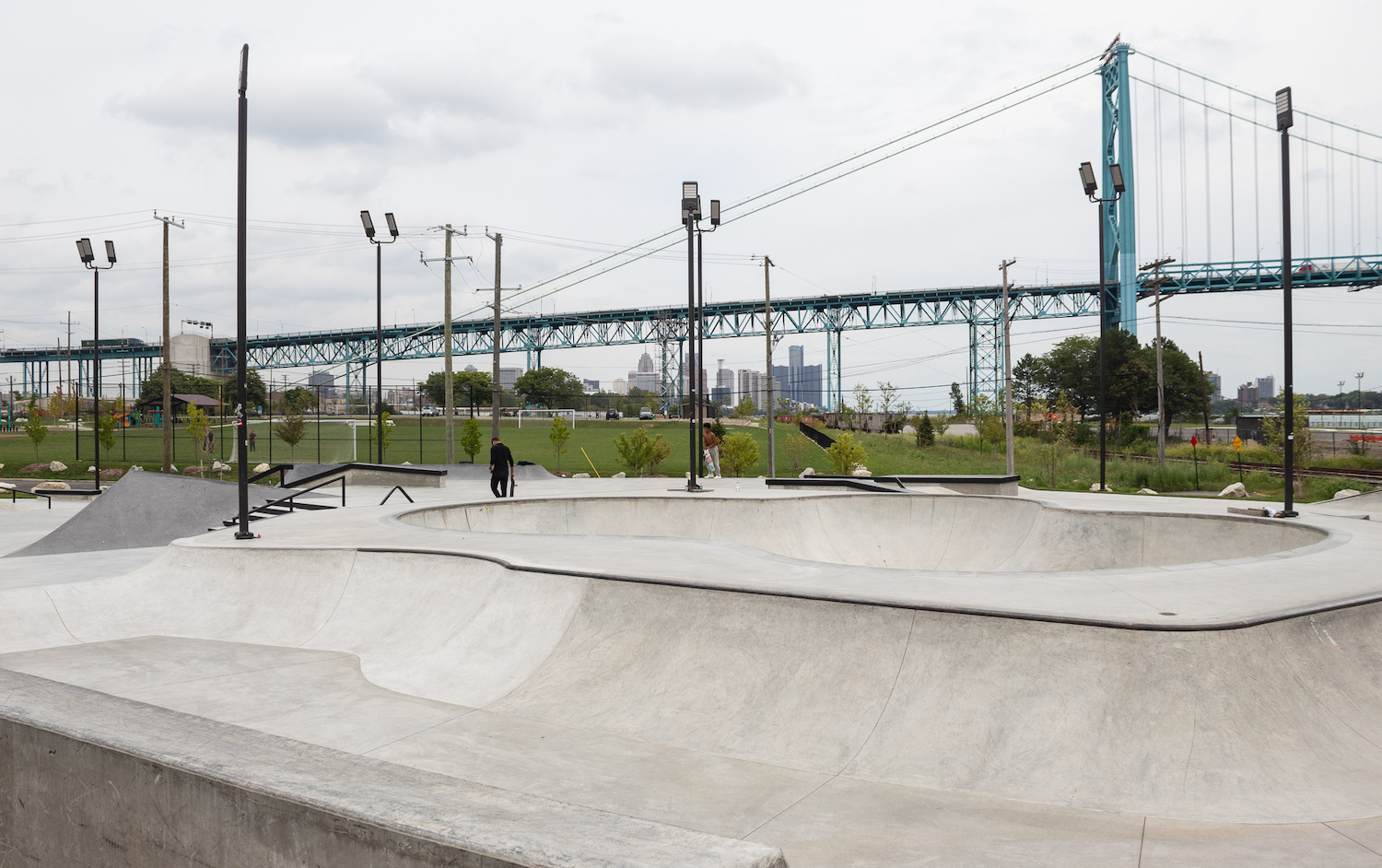 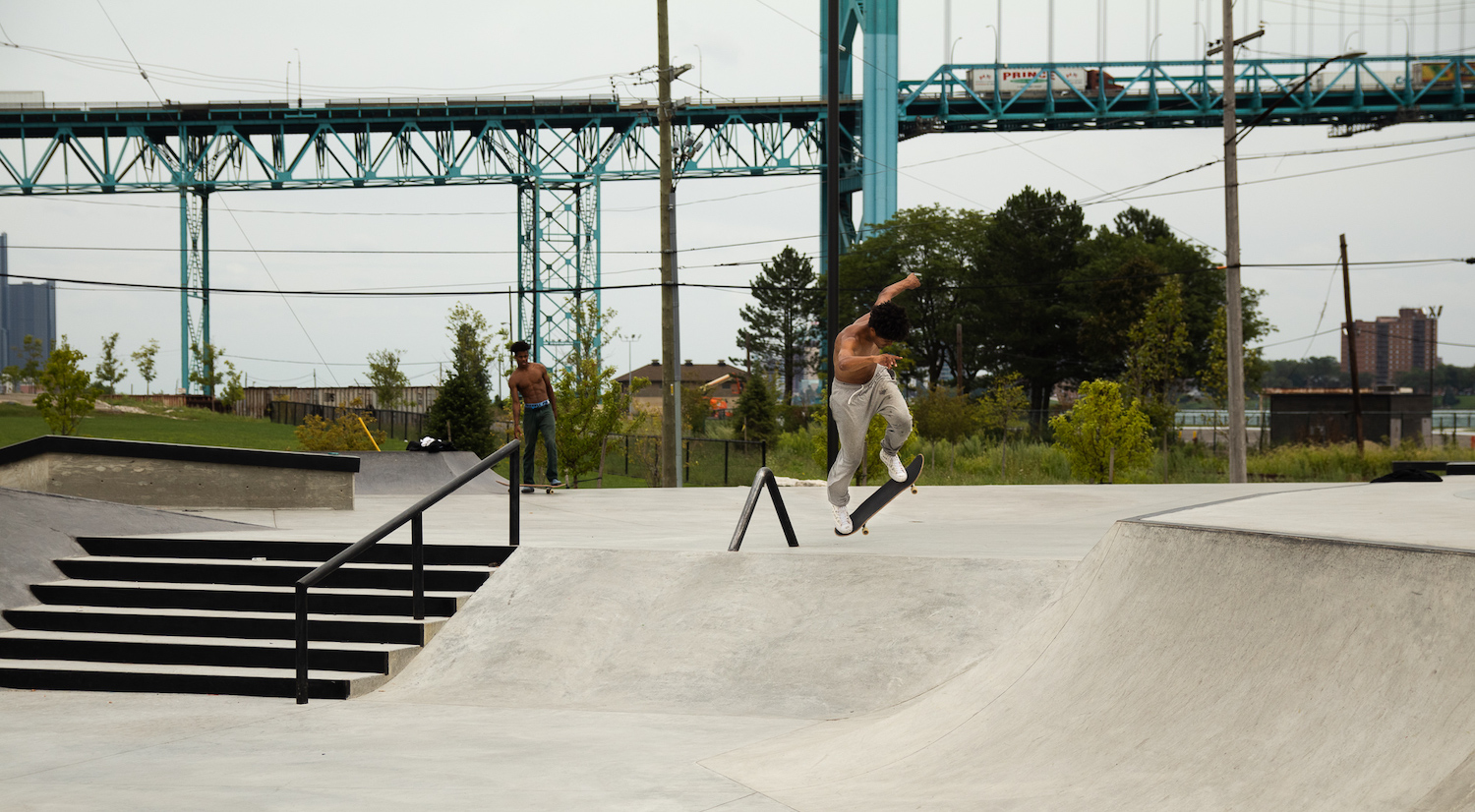 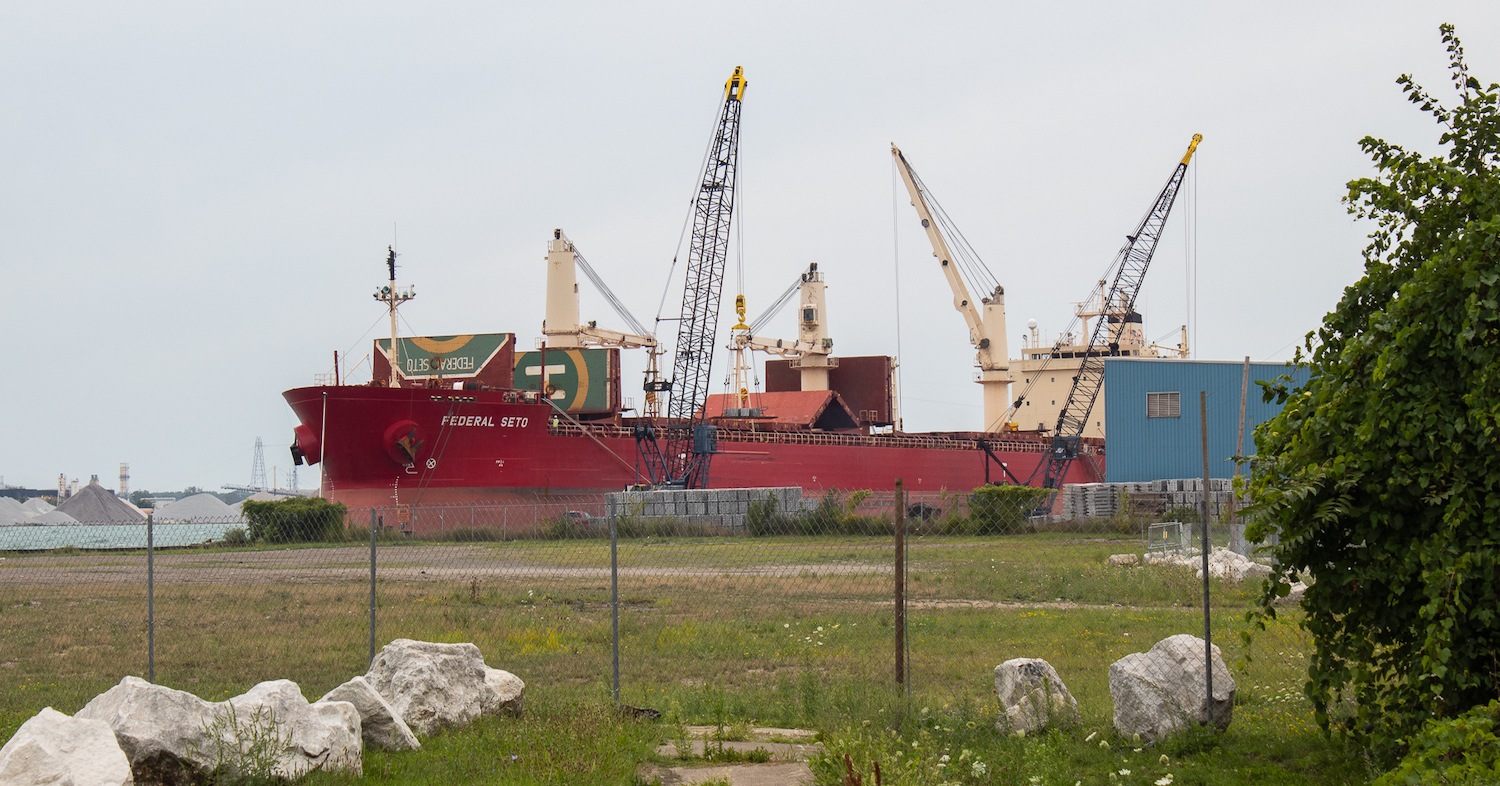 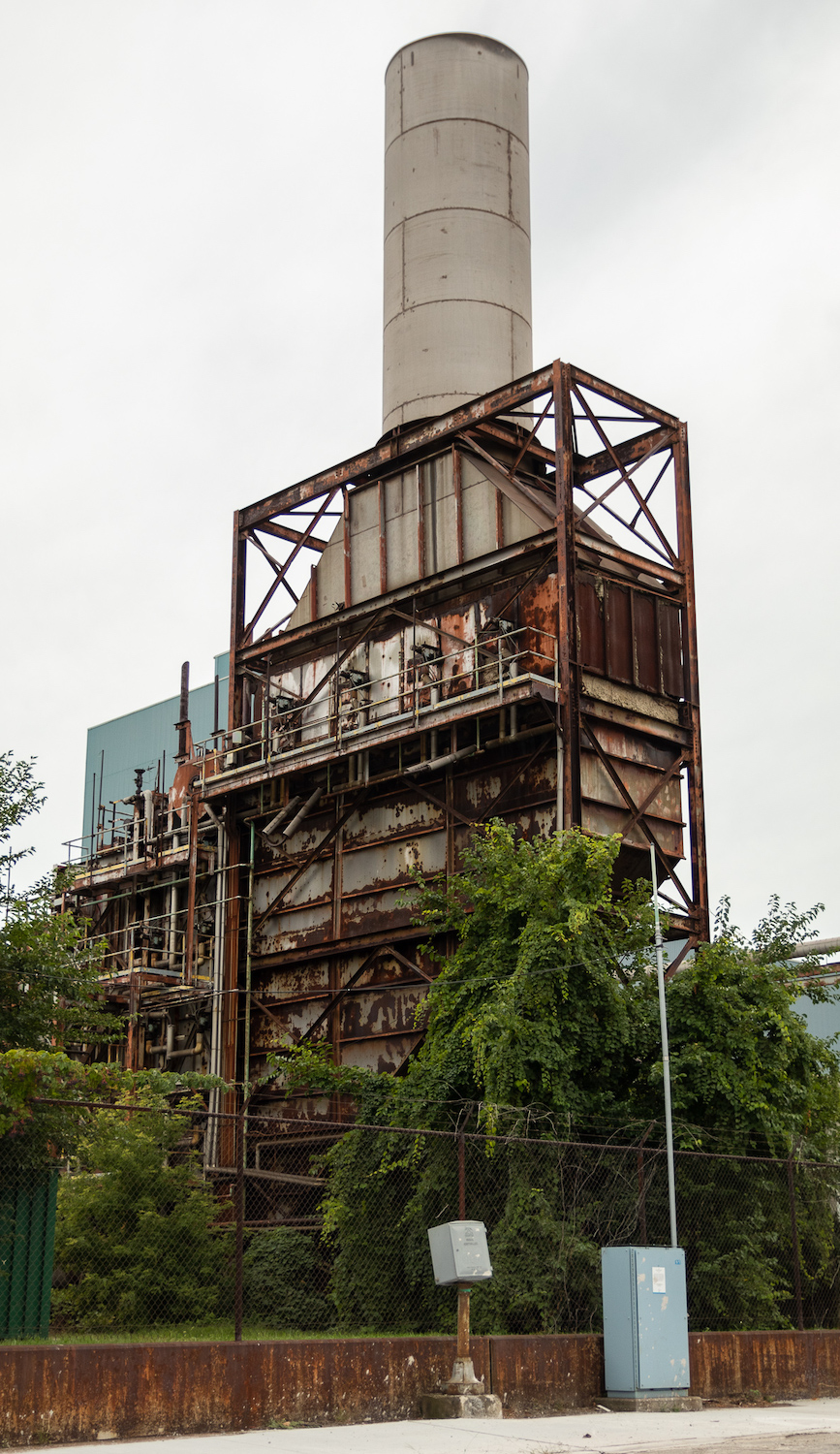 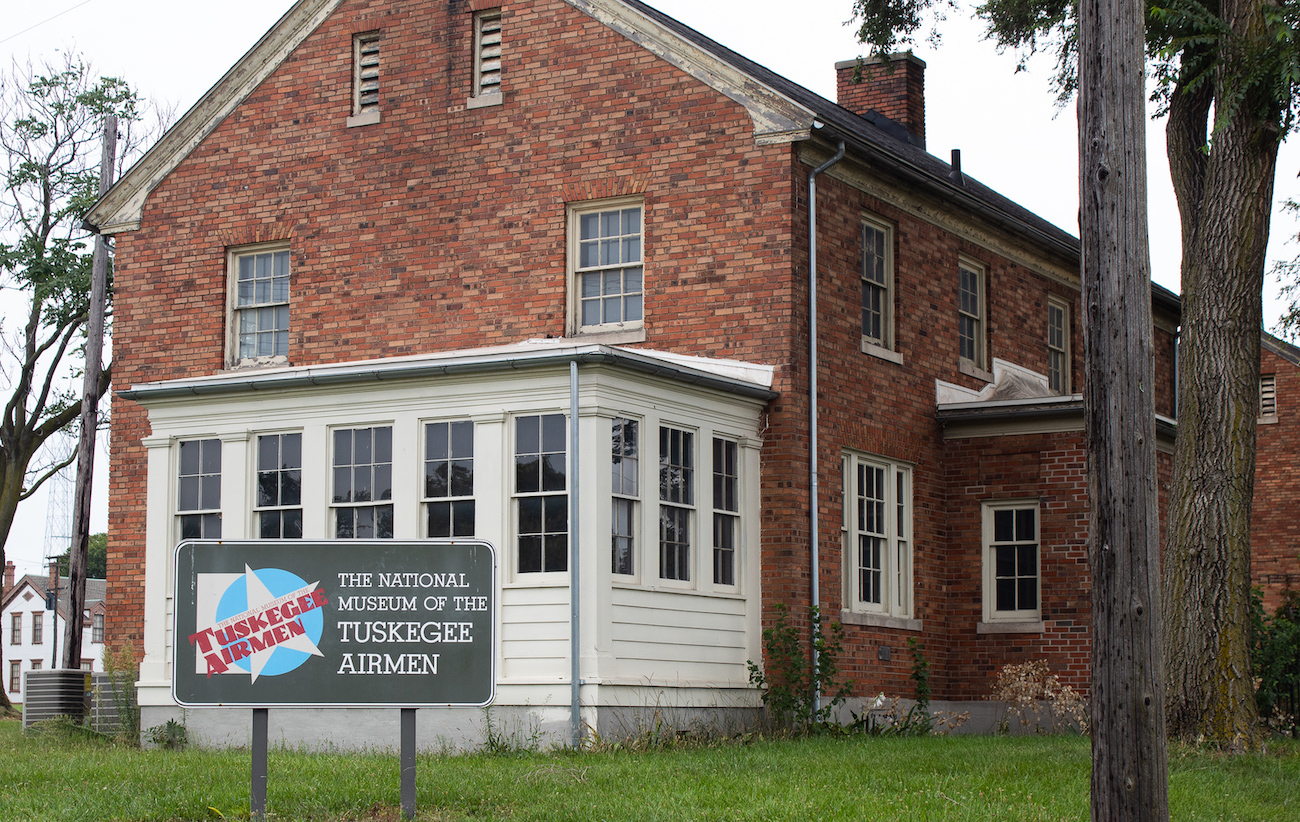 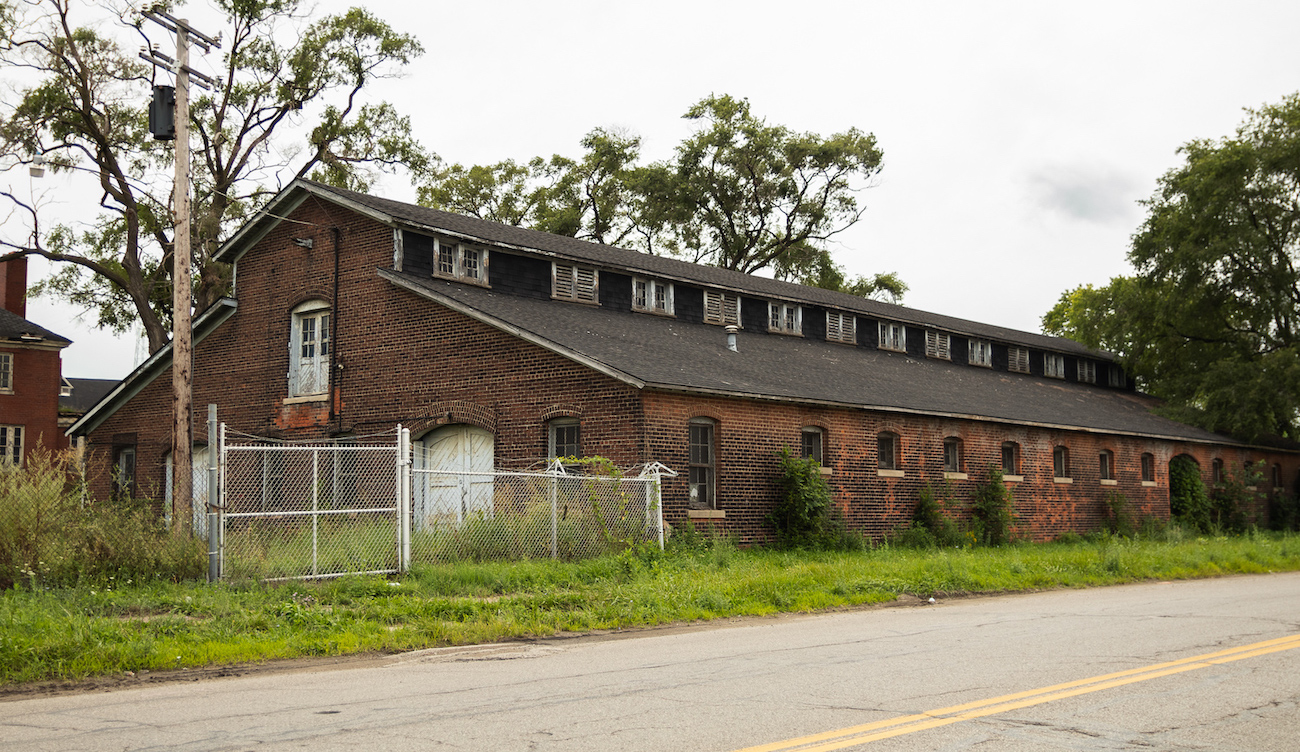 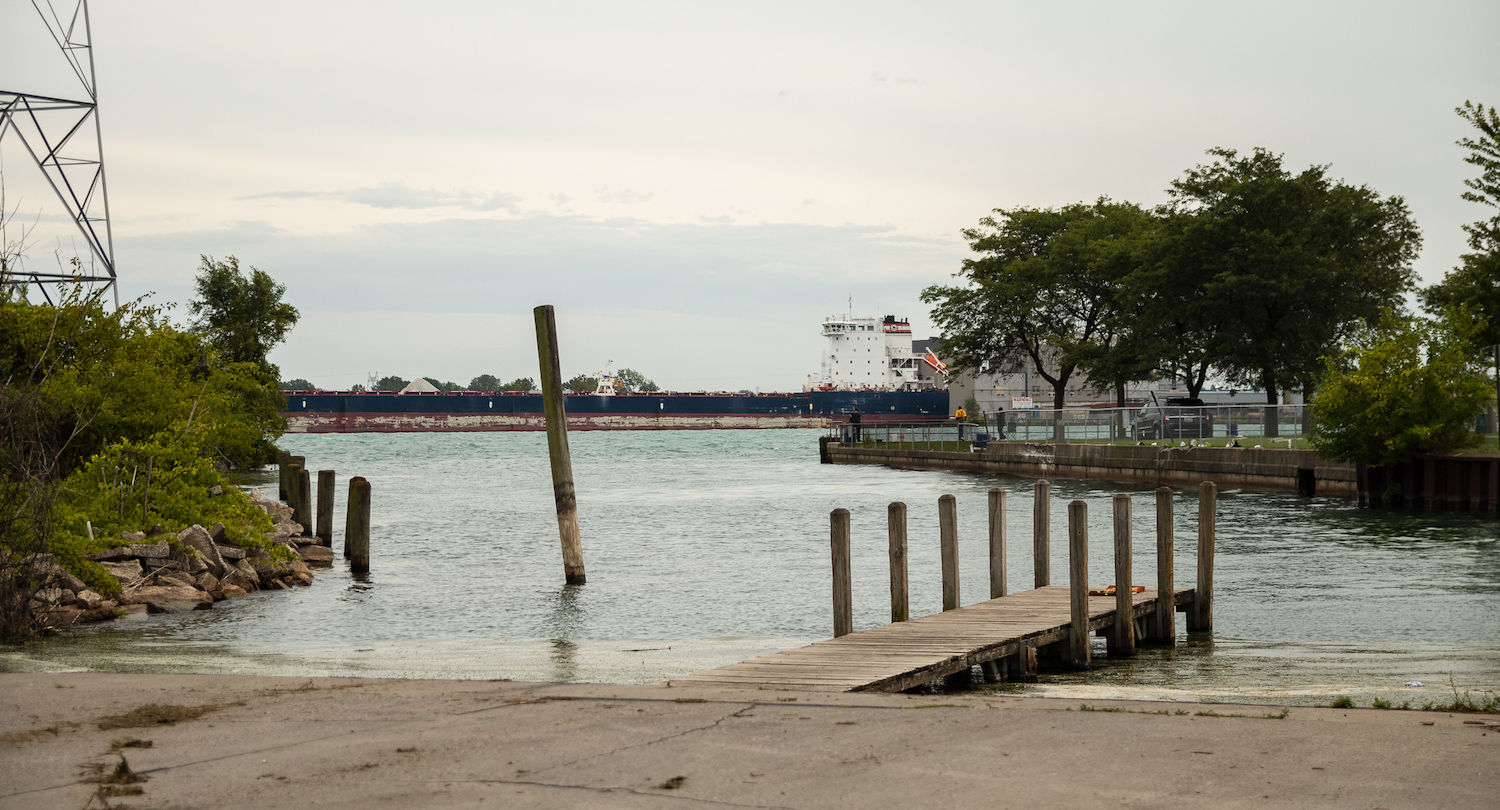 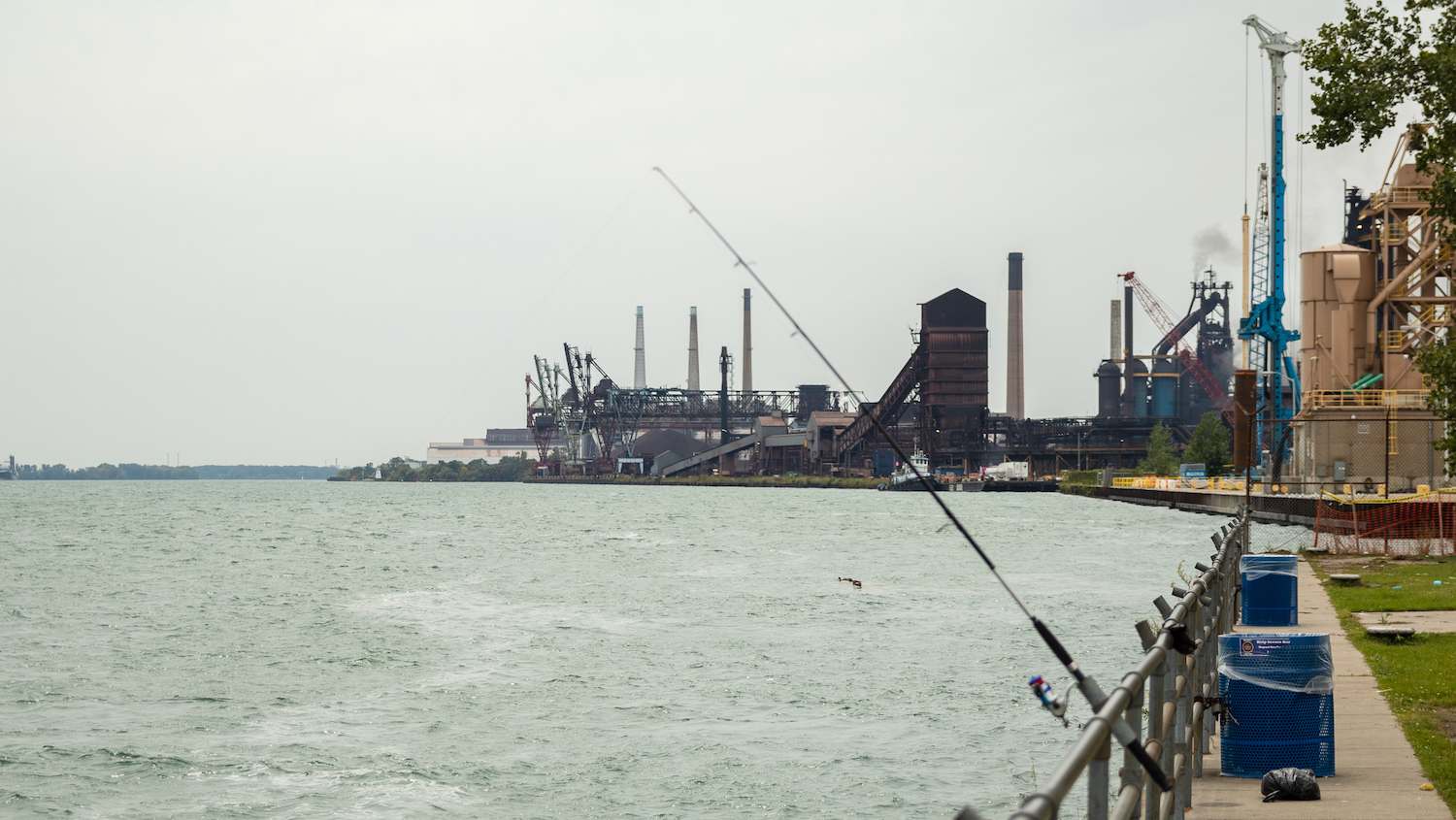 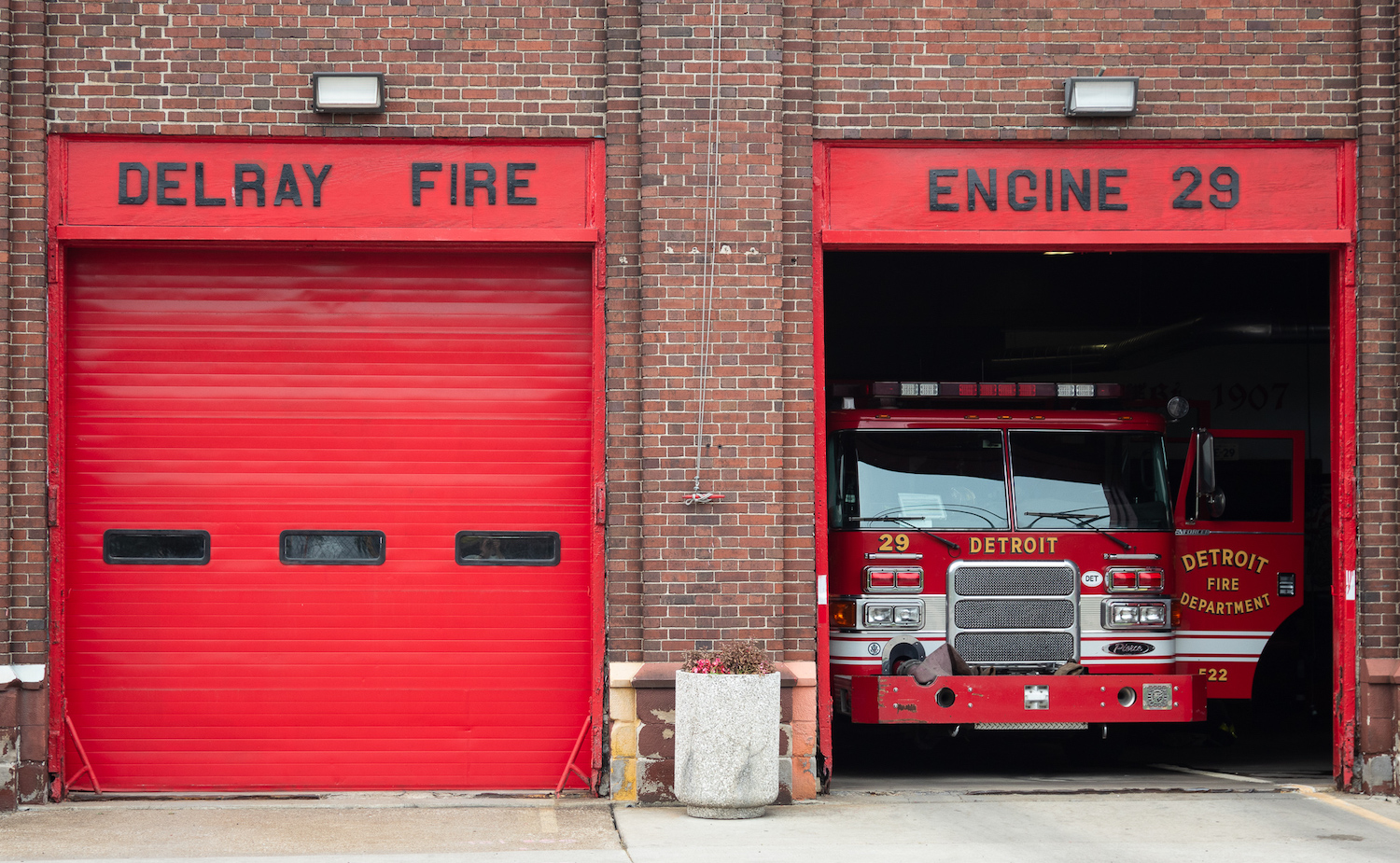 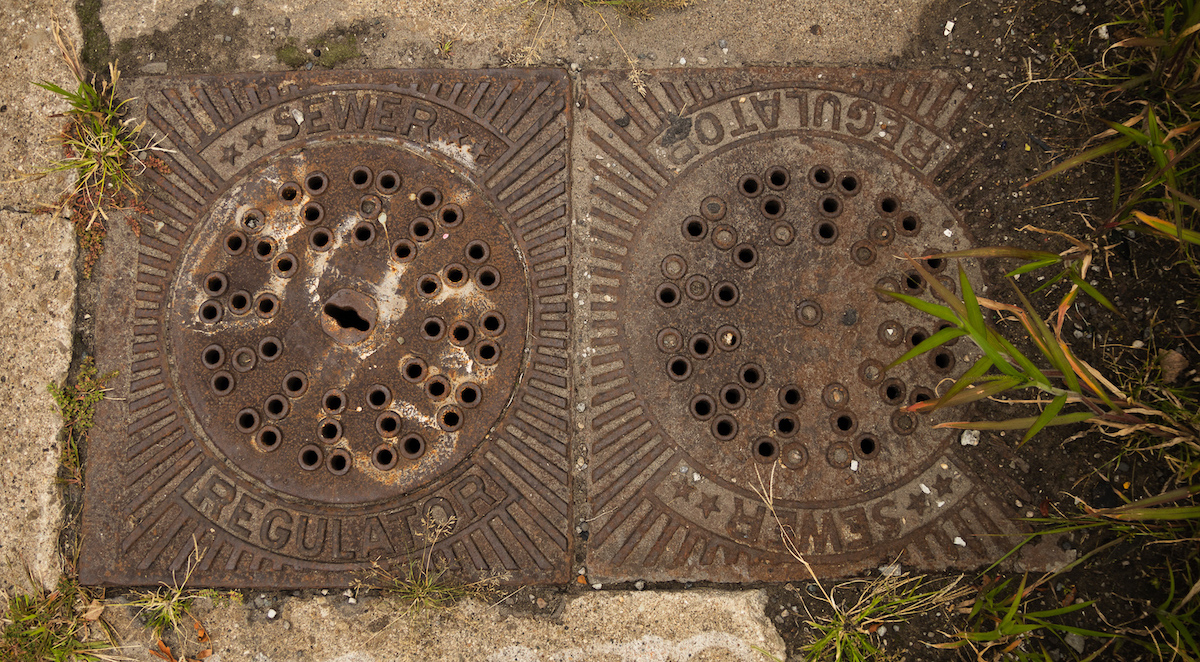 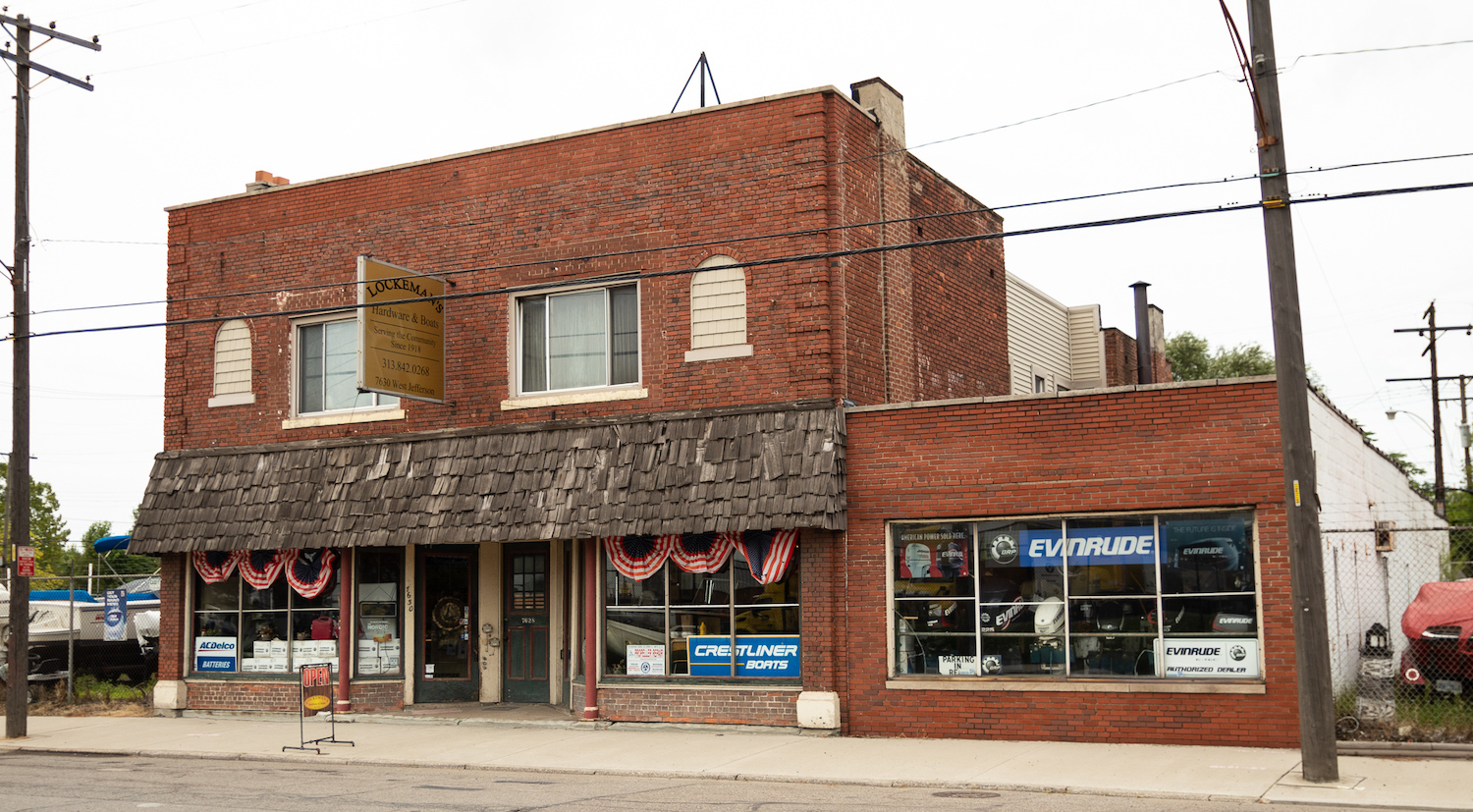 Lockeman's Hardware and Boats, one of the last remaining business on West Jefferson. (Credit: Michael Lucido) 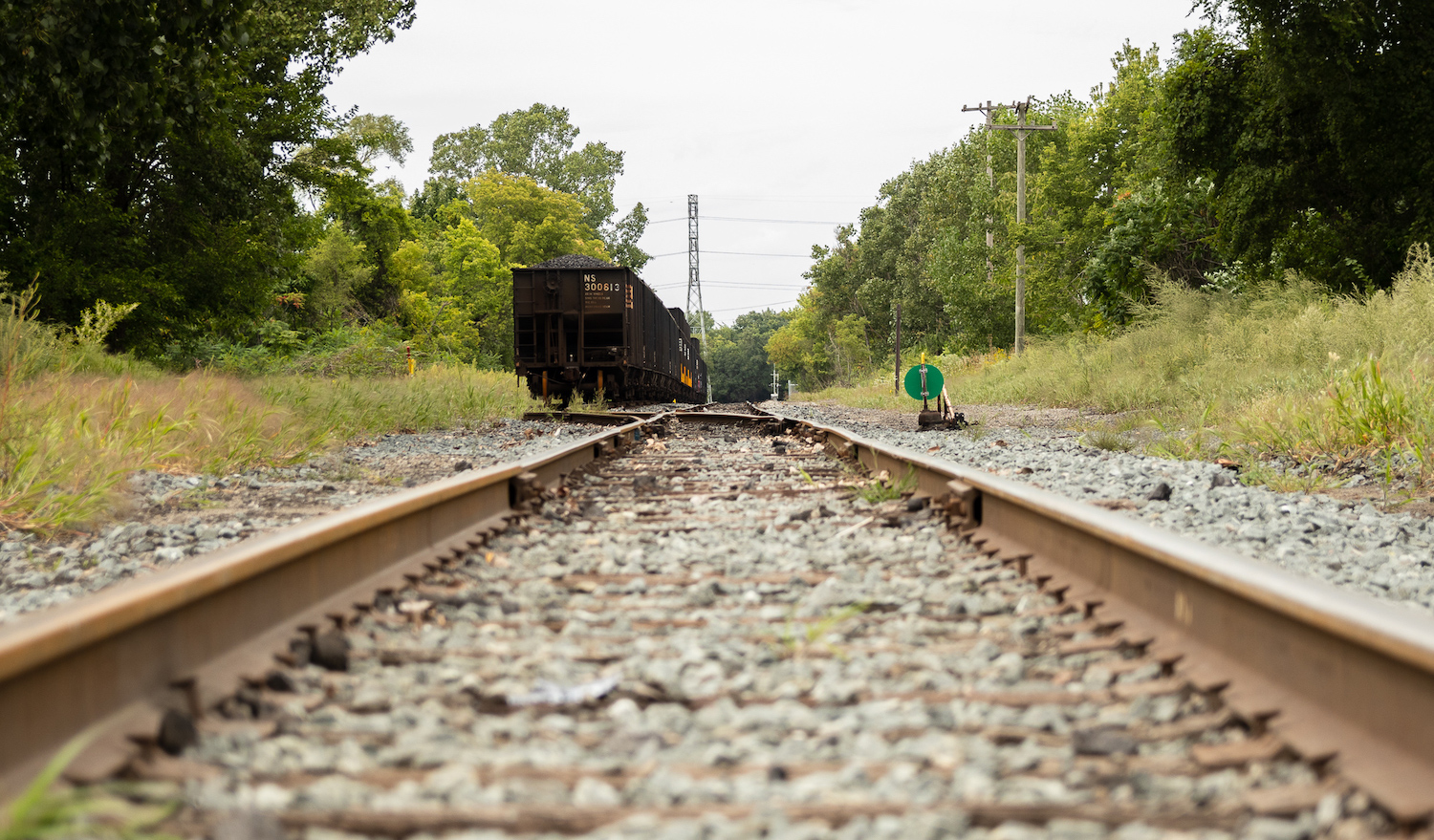 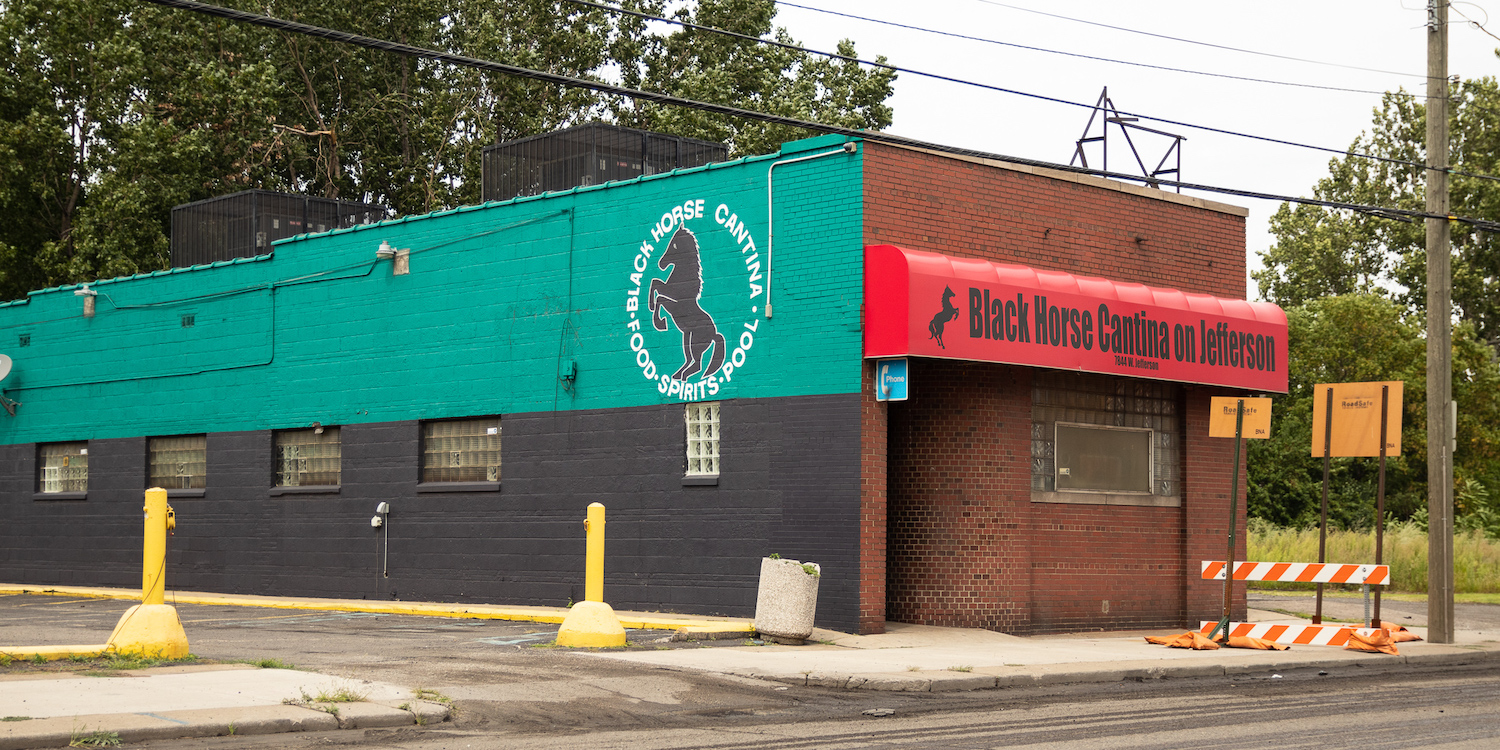 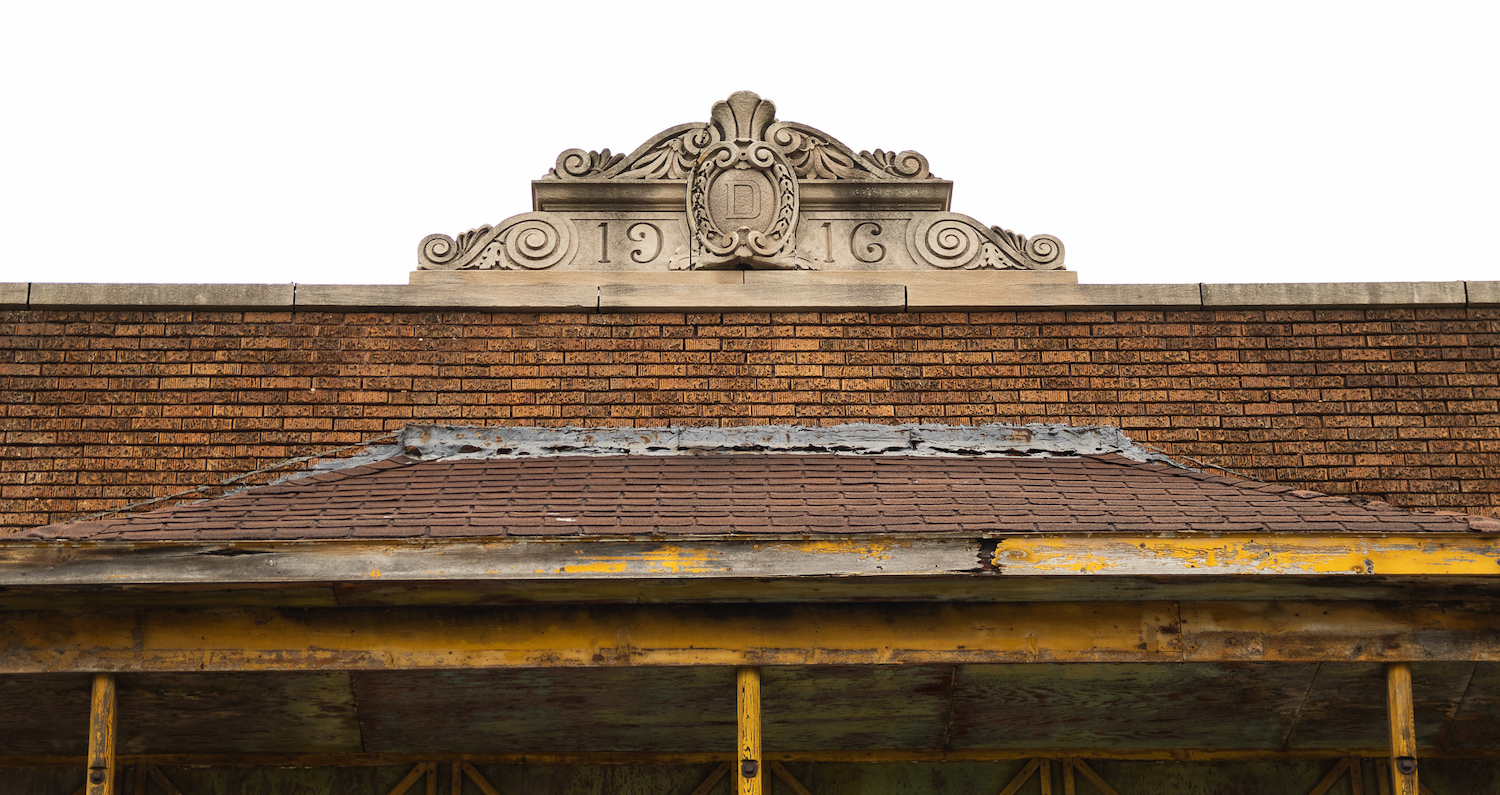 Time stamp to remind us of a bustling part of town in 1916, off West Jefferson and West End Street. (Credit: Michael Lucido) 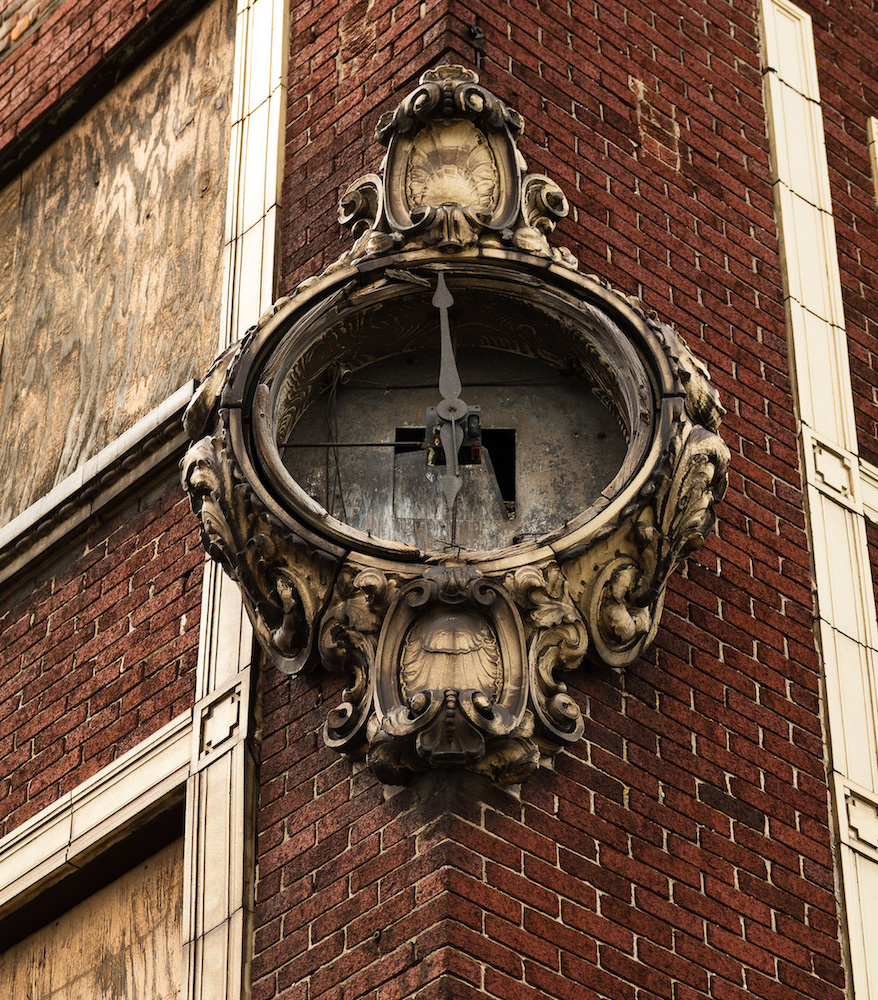 Even this clock is right twice a day at West Jefferson and Cary Street. (Credit: Michael Lucido) 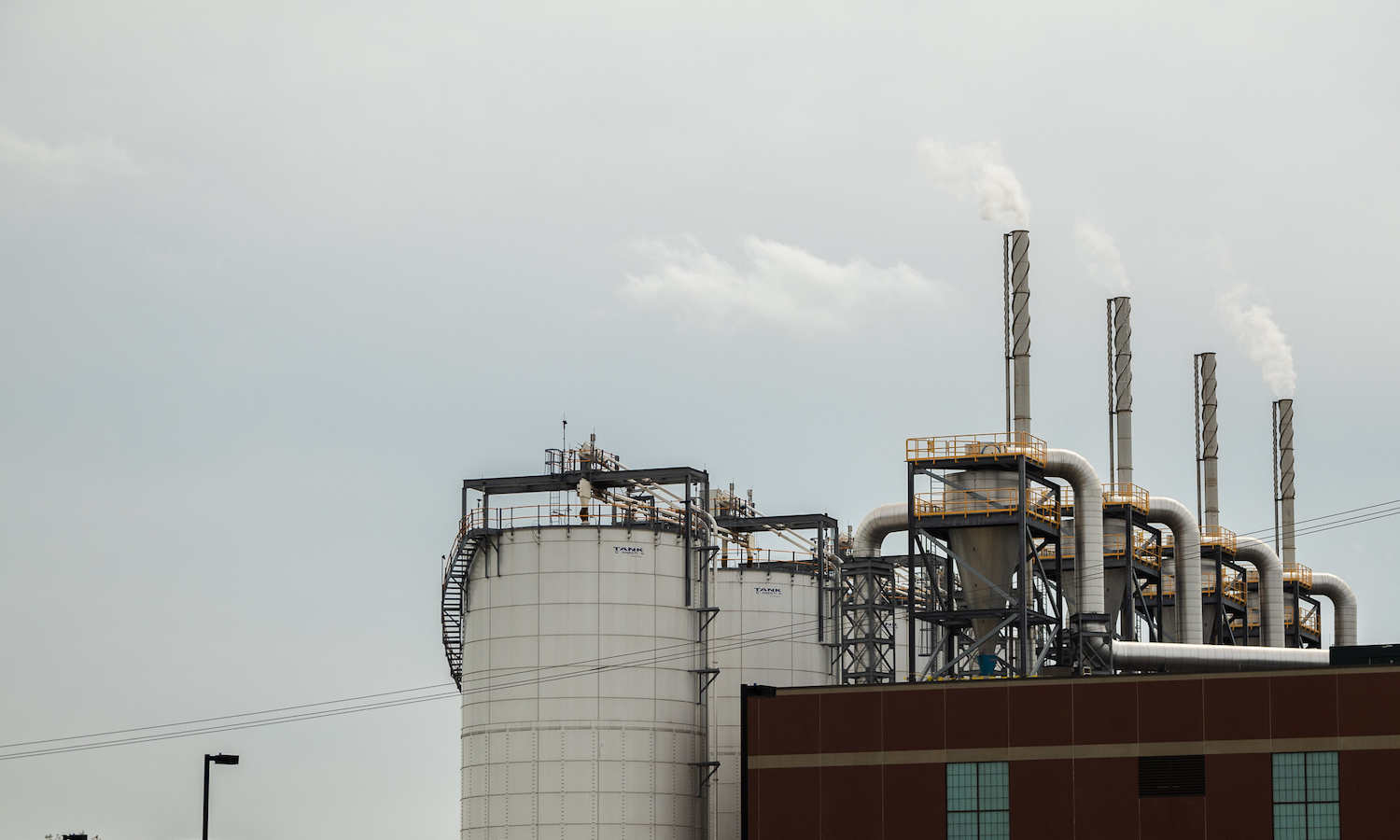 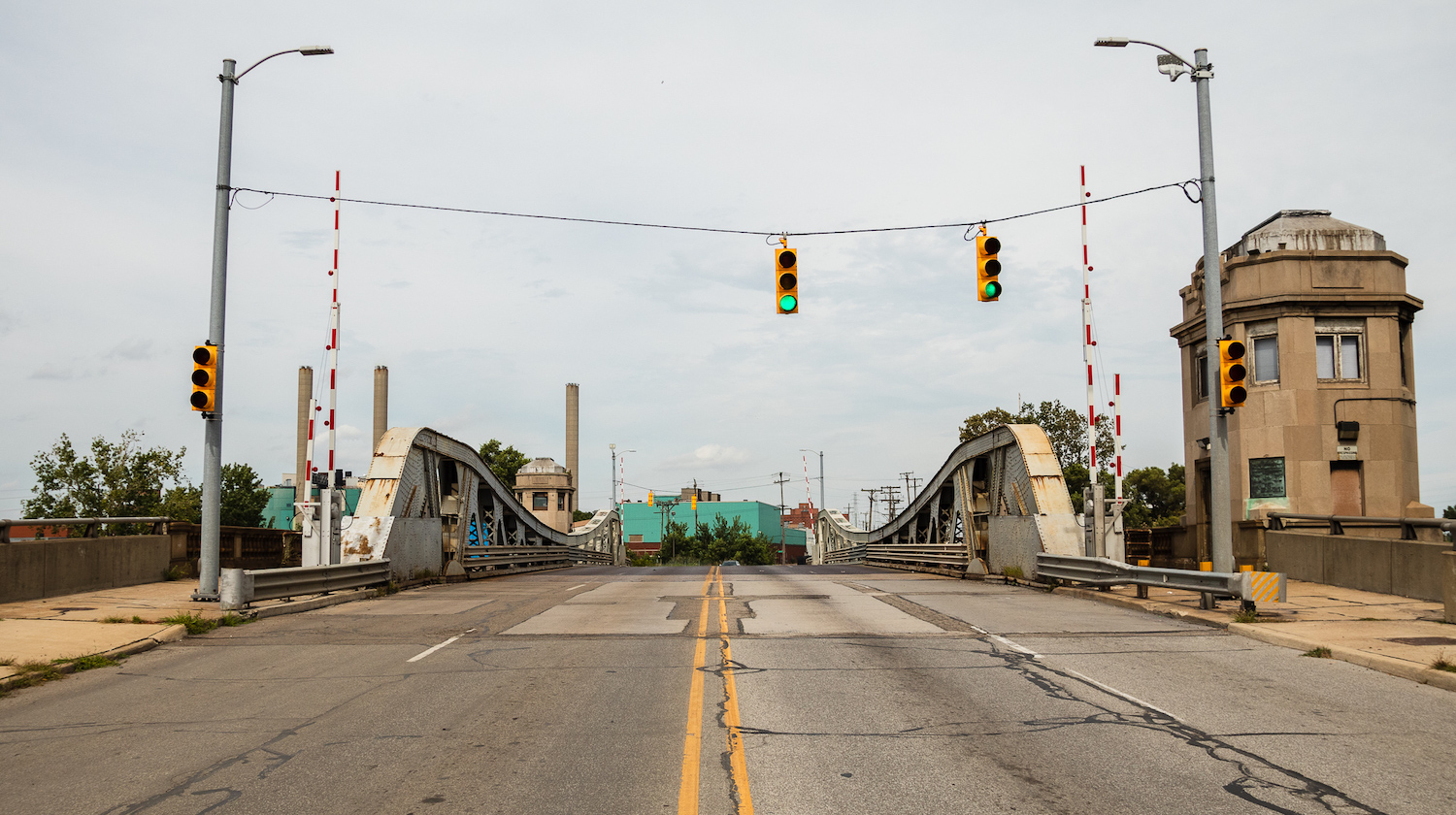 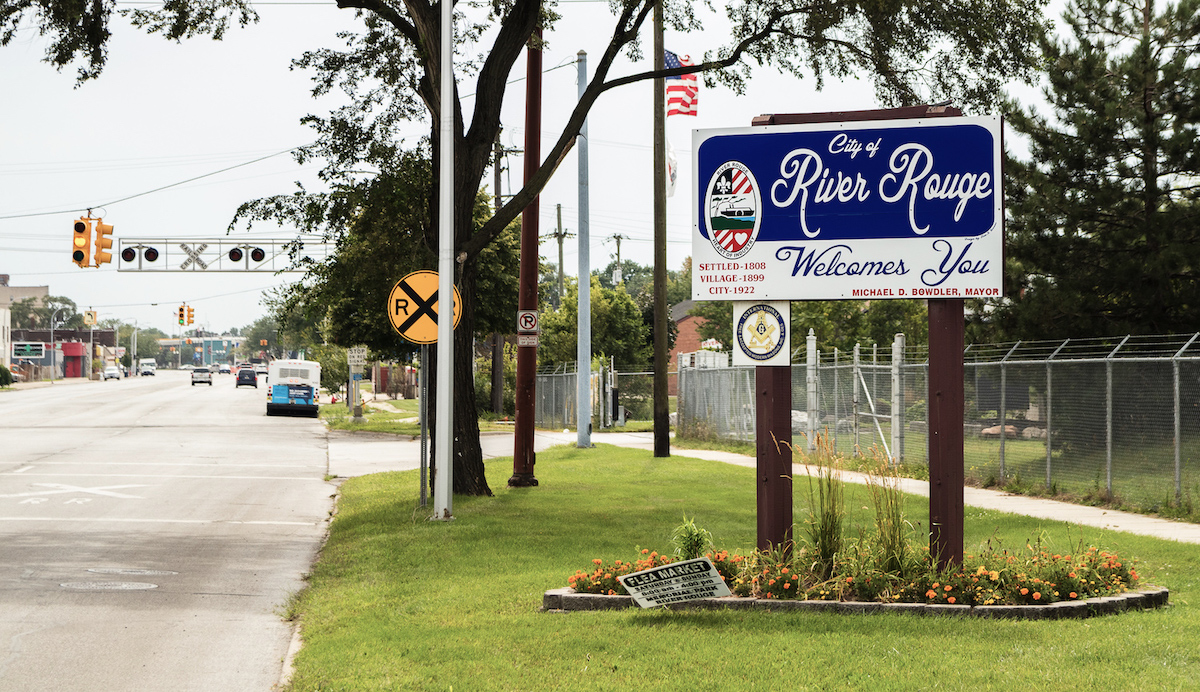 The end of the line for Detroit city limits is marked by a stylish River Rouge welcome. (Credit: Michael Lucido)