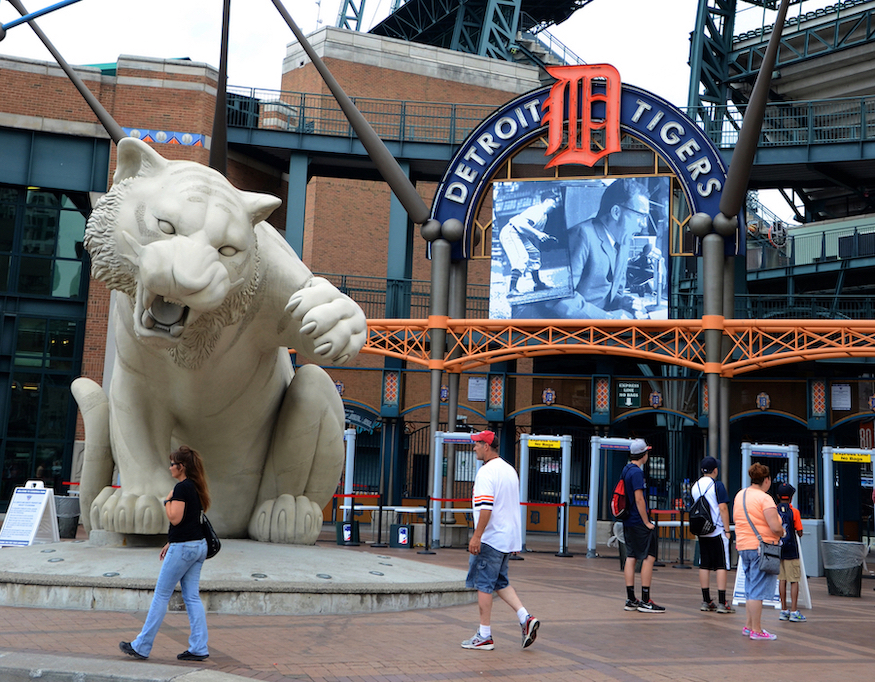 With a group of friends, I buy Tigers’ season tickets every year at Comerica Park -- two seats in the upper deck along the first base line.

For the regular season just ended, I bought only five games to watch the home team earn the worst record in Major League Baseball.

For next season, I’m doubling my investment to 10 games. And if they have a better year in 2020, I’ll probably sign up for even more after that.

Am I throwing away good money after bad?

Why am I supporting a cynical local business that has underperformed and disappointed its customers in a mediocre ball park in recent seasons?

And, in the larger sense, am I buying into a national sports industry locked in a downward spiral?

They are questions to ponder as October brings the post-season playoffs and the “hot-stove” pages of the calendar. Baseball attendance has dropped from an average of 32,676 per game in 2007 to 28,198 in 2019.

In Detroit, under the inept ownership of Christopher Ilitch, the drop is more steep and abrupt: From a per-game average of 38,067 in 2013 to only 18,536 in 2019. And Comerica’s paying customers know “tickets sold” often overstates the actual count of butts in the chairs.

Baseball Has 'Died' Before

This isn't to say the sky is falling in the baseball business, locally or nationally. Such alarms blared more than 50 years ago, during the big-bang boom of pro football, and baseball managed to survive and thrive. (The 1968 World Series champion Tigers averaged only 25,085 customers.)

Since then, revenues have increased from broadcast media and commercial licensing. Ads litter the stadium walls and flash electronically around the message boards on the rims of the upper decks. Ticket revenue is less important than it used to be.

But even a casual television viewer can see wide gaps of empty seats in places like Baltimore and Cleveland that used to sell out their charming new ballparks when the “retro” stadium era began in 1992 with the opening of Camden Yards.

Choose your cliché: This is a straw in the wind or a canary in the coal mine.

Part of the problem is gentrification of sports arenas. Expensive suites and cushy seats for fat cats sometimes sit empty. Some stadiums (like San Francisco) are tearing out luxury boxes and replacing them with bars for fans to stand around and hang out.

Many teams, including the Tigers, are offering cut-rate “subscriptions” that allow standing-room only passes – $39.99 per month, for instance, at Comerica.

Like the economy, stadiums now segregate their customers into plush neighborhoods for the “haves” and lesser digs for the “have-nots.” Also, consider: Baseball is slipping at the gate during relatively good economic times. How will it fare during the next recession?

Raze Comerica and Sell the Team?

As for the Tigers and their ballpark, they need to “rebuild” more than just their roster.

Maybe it’s time for the Tigers to give Comerica a serious renovation or start planning their next home. I’ve attended games in most major league stadiums and can testify that Comerica is one of the worst.

Its lower deck rows are sloped back too gradually to allow clear sight lines. And to accommodate two tiers of luxury boxes, Comerica’s upper deck is set too far back from the field. Very few of its 41,297 seats are sheltered from sun or rain.

As for the roster, the elephant in the room that nobody wants to reckon with is Miguel Cabrera, and his salary of about $30 million until 2023, when he will be 40 years old.

Cabrera hit 12 home runs this year. That’s $2.5 million per home run, for those of you keeping score at home.

He can no longer play the field. In 2019, he got older, heavier and slower. Cabrera’s station-to-station progress around the bases allows him to conduct friendly chats with many opposing infielders. And yet he claims almost one-third of the payroll.

As Ilitch cuts costs for the rest of the roster, he carries Cabrera and Comerica as his two albatrosses. Surely Ilitch knows the Detroit franchise has been owned in the past by people named Navin, Briggs, Fetzer and Monaghan.

Ballparks, players, fans and even owners come and go. But “The Detroit Tigers” stay. Maybe it’s time for Ilitch to cash out and let someone else try.