Q&A: Who turned Shinola into a hotel? These people. 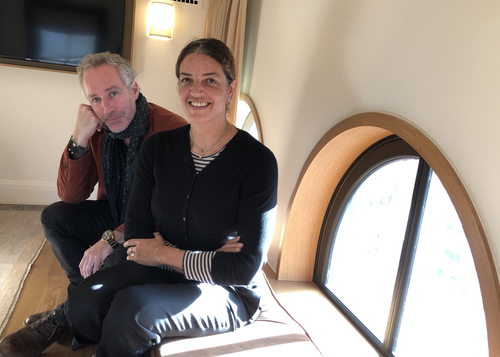 Once upon a time, it might have been a challenge to find anyone who could define “boutique” as anything other than, “a small women’s clothing store.” Today, everyone is after the boutique experience, in everything. They want curation, they want individuality, they want artisanal. They want handmade. 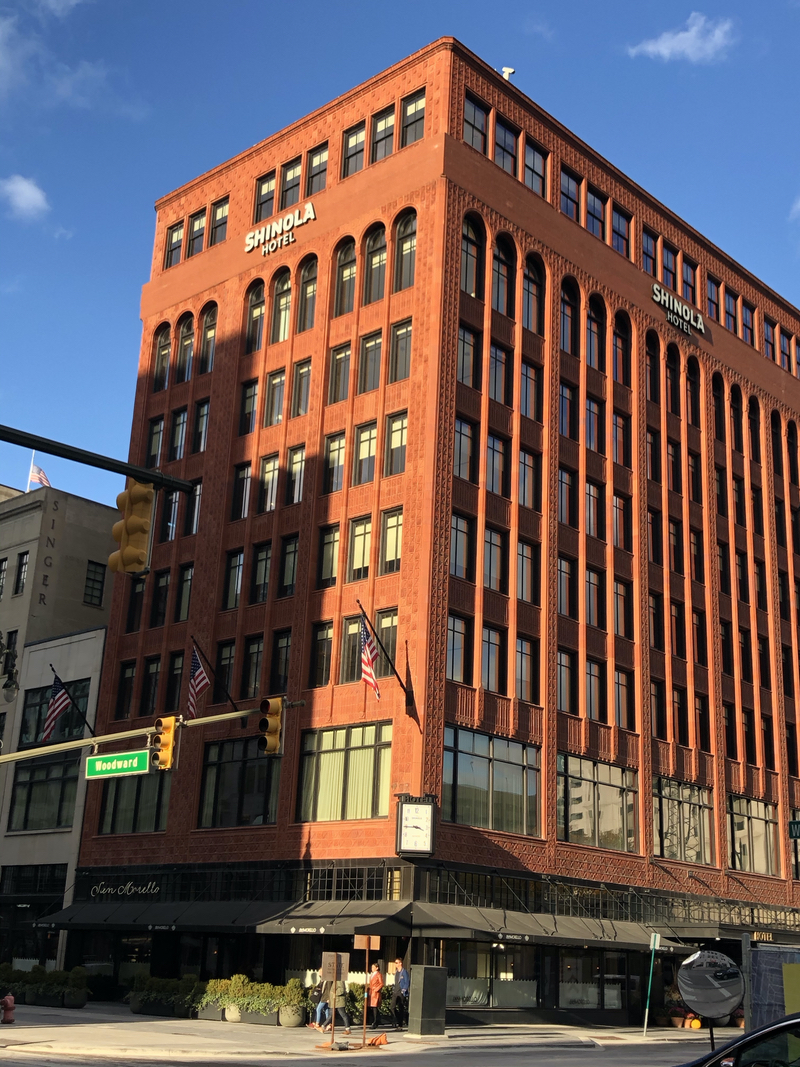 Lately, in Detroit, they want it in hospitality, too.

At a time when the city’s Convention & Visitors Bureau says we need maybe 4,000 more hotel rooms in the downtown area, and “easily another 800-room hotel,” according to Michael Callahan, the CVB’s executive vice president, the city is abloom with boutique hotels. Not corporate hostelries, where the only thing different from city to city is the artwork over the bed (a race car in Indianapolis, a bucolic farm scene in Des Moines), but all those things mentioned above. Rooms and public spaces made for Instagram, for flirting with that guy over there, for wedding receptions that are truly singular – Aloft, the Siren, Trumbull & Porter, the Foundation and others.

And while it was not the first, the Shinola Hotel is perhaps the highest-profile, aided by the uncanny ability of the Shinola brand to attract publicity, and its ideal location at Woodward and Grand River. Open for business just before the Detroit auto show in January, it’s now settled into the downtown landscape, with its street-level restaurant, San Morello, named one of the best new eateries in town by the Free Press.

But perhaps you’re wondering: What does a company known for watches, bicycles and leather-bound journals know about running a hotel? That’s where Sergio Maclean and Audrey Laurent come in.

A married couple operating as Mac&Lo Hospitality, they were charged with taking the Shinola name and creating a hotel that was a worthy reflection of its brand. After a couple years of work, with the collaboration of Shinola, Bedrock Detroit and designers at Gachot Studios, they’ve helped craft its 129 rooms, many of them unique, ranging in per-night price from around $200 to as high as $1,000. It’s both historic (occupying five joined buildings on the site) and modern, decorated in a sleek neutral palette that whispers rather than shouts. And there are boutique-y details everywhere: Shinola-branded turntables (with a record collection to choose from). Shinola bikes for guests to ride. A dog run on a rooftop space, beehives that should start producing honey next year. Can you buy a watch there? Need you ask? 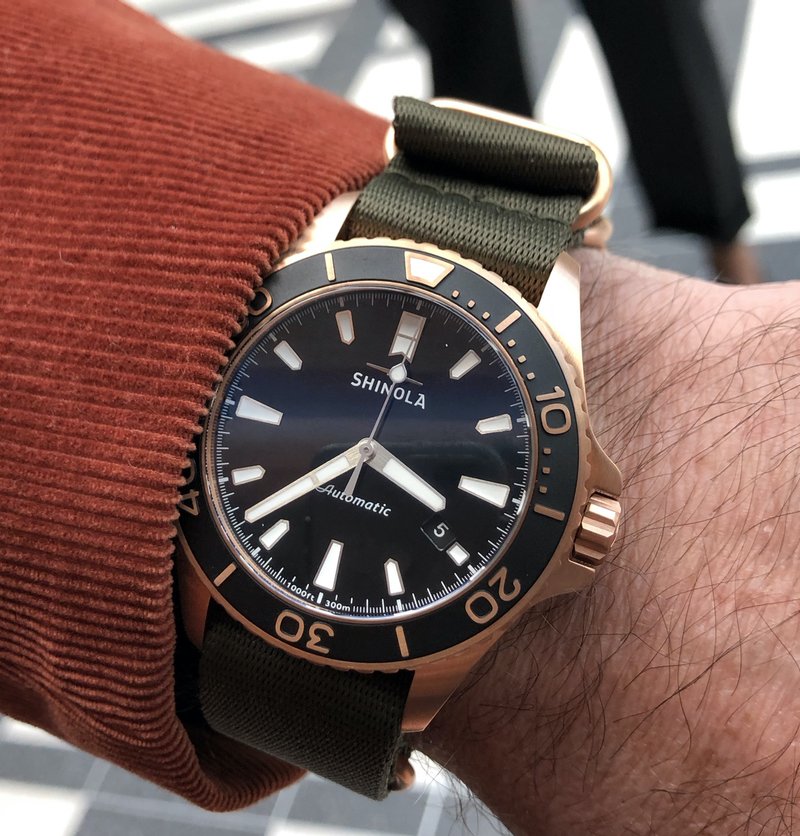 This would be easy to snark about if Maclean and Laurent weren’t so charming, friendly and stylish, Europeans speaking perfect but lightly accented English (he’s Spanish; she’s French-American), casually dressed, both sporting watches from guess-where. The two spent most of their careers in New York City, until they formed Mac&Lo in 2015 and started looking around for a project. They considered Pittsburgh, Austin, San Francisco and other cities before settling on Detroit.

Deadline Detroit met Mac&Lo for lunch at San Morello recently. The following interview has been condensed and edited for brevity.

Sergio: We looked at places where something different would stand out, where an entrepreneurial thought process would be more welcome. Of course you look into your economy and places that, regardless of where they are now, have the potential for growth in the next three to five years. You look for places where a lot of travelers go for lifestyle, arts and sports. They look for more specialized hospitality. And then the last element, which is the deciding factor, is we go to the (city) and we see the workforce. We talk to bartenders, waiters, hosts. At the end of the day, we can only be as good as whoever’s working here.

Is this a trend in hotels? Pick a brand, hire pros to make it happen?

Sergio: We can build a brand that caters to the market. Here, the brand was given to us. Shinola is affordable luxury. We start from that point.

And where does it go?

Sergio: To the things that are pillars of Shinola. It's a celebration of manufacturing and craftsmanship. So a celebration of Shinola is very organic. It's very tactile. It’s leathers and wood, that sort of thing. So that attention to detail, that celebration of the American craftsman, that's in there. But we celebrate the front line (of staff), the human face. We don't take away their individual personalities. We give them three different options for uniforms, so they can mix and match however they feel it represents them. We give them all watches, but they can wear them however they want. Our training systems are not based on here's a book, read everything about it and do what's in the book and don't deviate. It's more about how do you interact with a customer one-on-one, as a human being. So they're given a little more power to interpret their jobs, bring their own stamp to it.

How does that look, in a concrete example? How does a Shinola doorman differ from one at, say, a Marriott?

Sergio: Some hotels, many times they want (staff) to be invisible. It’s that white-glove system where if I don't see my waiter, that's perfectly okay. We actually want you to see them. We don't have a concierge desk because we don't want you to have to look for one person to help you out. Every employee can help you. So I can go to a valet and say, what's a good place to eat around here?

Audrey: There aren’t a bunch of buttons on the phone, so you can call different departments when you need something. You call the front desk. That’s all. We do what needs to be done to get you what you need.

Sergio: There are no call centers. You can’t check in by phone. It’s all face-to-face. 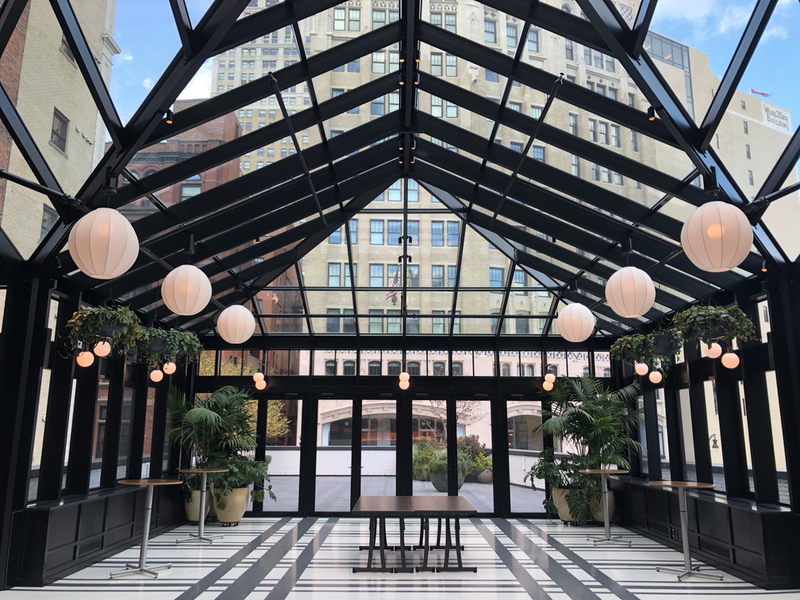 A greenhouse-like event space, opening to a terrace

So what constitutes a boutique hotel, anyway? Is there a definition?

Audrey: It’s usually (defined as) under 175 rooms, not a chain, individual and detailed.

Is the boutique customer different from the chain-hotel one?

Audrey: It’s maybe a small segment , but we don’t want to alienate anyone. To love the concept of a boutique hotel ... if you’re the type of person who wants an experience that’s unique to the city you’re in, that’s probably what you want.

Sergio: There's a (business traveler) who is traveling so much that they never know where they are. They want a place where, when they come to the room they know the iron is there, the coffee machine is there, and whether you are in Detroit, Paris, New York or Siberia, once you’re in the room, it’s the same room. That’s what they’re selling, and that’s great. We  reversed that. We're going to give you something that you can only get here.

So you’ve been open a while now. Have you had any sports teams, rock stars who want to throw TVs out the window, that sort of thing?

Sergio: Yes to all, no to details. If you can think it, it’s happened. But whether it’s a celebrity or a politician or a sports guy, we want them to be comfortable here, to leave that all outside, so they can be themselves. If (once they’re here) the celebrity status is erased, we have achieved it.

What’s your next stop, now that this hotel is up and running? Are you circuit-riders?

Sergio: We’re staying here. We just bought a beautiful apartment in the Park Shelton. It’s fun to see a city grow like Detroit has, to see neighborhoods come around. And we can have a higher standard of living here than in some place like New York. 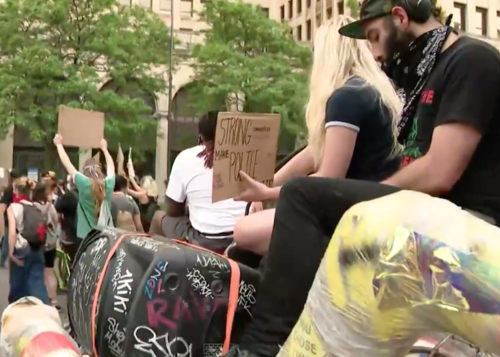