Lapointe: A Half-Century Ago, The Rolling Stones Played an Historic Show At Detroit’s Olympia Stadium 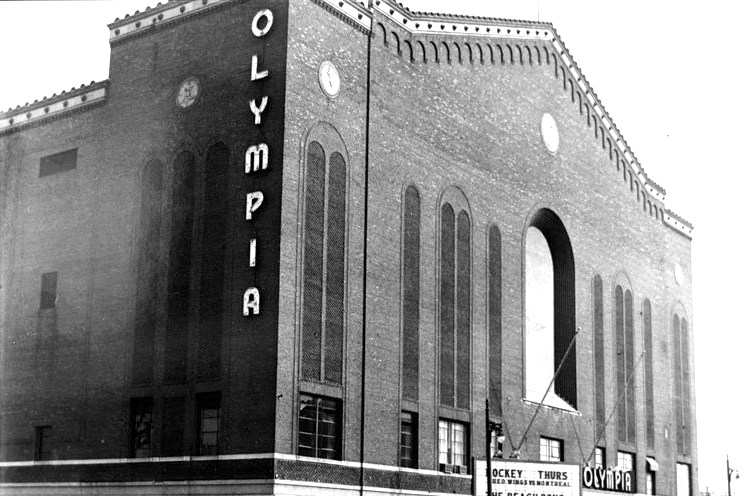 Fifty years ago this week – at Detroit’s long-demolished Olympia Stadium – I saw and heard the Greatest Rock and Roll Band in the World in one of their best shows on their most famous tour.

It was a peak and pivotal moment for the Rolling Stones and their form of music. Maybe I didn’t see the best rock concert ever that night, but it sure was historic.

They played Olympia – a red, brick barn at Grand River and McGraw, the home of hockey’s Red Wings -- on Monday, Nov. 24, 1969. Ticket prices topped out at $8, a lot for the era. I bought eight of them and took seven friends, including the woman I later married.

We were in our late teens. The Stones were in their late 20s and hadn’t toured the United States in three years. When they hit the road late in 1969, they were the biggest tremor in a six-month earthquake that rocked the rock culture, which seemed so important then.

A bittersweet peak and valley to end this most musical decade involved the Stones in the two weeks after their Detroit visit. The first, a high, was a classic concert recording in New York three nights after the Olympia show.

The low was a horrifying homicide that was filmed at their free California concert 12 days after their Detroit stop. 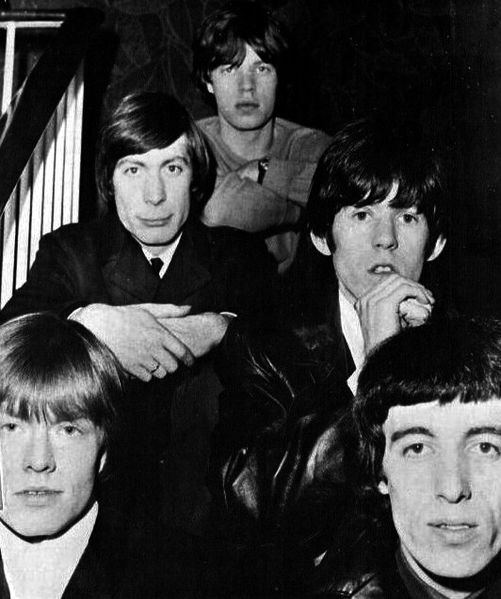 The Rolling Stones in the 1960s. (Photo: London Records)

Consider the time line before that tour:

In July, the founder of the Rolling Stones – Brian Jones – died in his swimming pool under murky circumstances, just one month after singer Mick Jagger and guitarist Keith Richards banned him from the band.

In August, the Woodstock music festival drew an estimated 400,000 fans to hear a lot of great bands but not the Beatles or the Rolling Stones.

In September, John Lennon told the other three Beatles he was leaving the group. By mid-autumn, their split was an open secret.

With the throne thus vacated, the Stones started announcing themselves as “the greatest rock and roll band in the world” when they played a free concert in London’s Hyde Park just two days after Jones  died.

Making his debut was Mick Taylor, a virtuoso guitarist who replaced Jones. In honor of Jones, Jagger read poetry and opened boxes filled with butterflies. But neither he nor Richards attended the funeral.

Their tour began Nov. 7 in Fort Collins, Colo. Most accounts of their early appearances out west reported enthusiastic crowds and ragged musicianship as the Stones shook off the rust and Taylor blended in.

After two shows in Chicago on Nov. 16, they took a week off, although they made taped a performance that aired on the “Ed Sullivan Show” on CBS on Sunday night, Nov. 23.

On stage the next night at Olympia on the 24th., they were rested, rehearsed and ready to rock and roll with unprecedented intensity and professional polish.

“We didn’t really get it on until Detroit,” Jagger reportedly said. 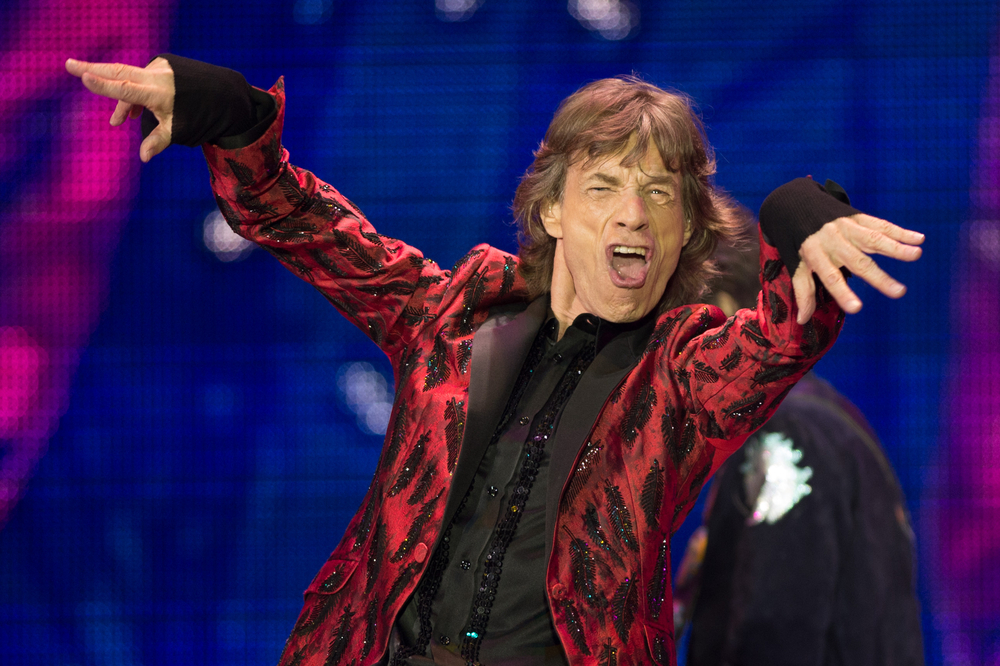 That quote was (and is) the title of a famous bootleg recording of the Olympia show. Jagger referred to it again when interviewed by Rolling Stone at the end of the tour.

“By the time we were in Detroit, I’d say, it was 100 percent improvement,” Jagger said.

The show that night was astounding. The opening acts were Terry Reid and B.B. King. Back then, the Stones played for only about 75 minutes, compared to the two-hour-plus shows they do now that they are in their 70s.

They opened with “Jumpin’ Jack Flash,” still fresh then, and the lyric “I was schooled with a strap right across my back” was just a  sample of the sadism and worse they projected all night.

The set list for that show and that tour contained several songs as outrageous and transgressive as anything ever heard since in rap or other forms of music. For instance:

And people loved it. We did. The Olympia crowd’s roar can be heard on various bootleg recordings of the show that can be sampled on the internet. Most of the Detroit recordings online are muddy and muffled, but, sometimes, the chug-a-chug energy powers through.

Fortunately, later that week, the Stones played two shows at Madison Square Garden in New York and recorded “Get Yer Ya-Ya’s Out,” said to be one of the best concert recordings of the era. The sound is clean, mean and lean – just Jagger, the two guitars, a bass (Bill Wyman) and drums (Charlie Watts) -- plus a piano player (Ian Stewart) who hid behind the amplifiers.

On that recording, they sparkle much as they did earlier in the week in Detroit. Both Detroit daily newspapers covered the Olympia show with mostly atmospheric touches.

In The News, A.L. McClain wrote:

“Gallant old Olympia Stadium remains an American fort today after an onslaught by England’s Rolling Stones and their ragtag army of 15,000 followers last night. The only signs of battle in the old fortress are a few broken doors and windows.”

The story said Jagger “the Stones’ physical and spiritual leader, made the show largely visual with his early Elvis Presley gyrations.”

And in the Free Press, Julie Morris wrote:

Both papers reported that young, left-wing radicals in the audience threw paper fliers urging revolution when the Stones closed the show with “Street Fighting Man.”

In New York later that week, Francis X. Clines of The New York Times wrote of the Stones’ “driving style that critics say is both excellent and somewhat malevolent. The qualities that sell the records and attract the crowds usually are described in critical reviews with a mixture of superlatives and such words as raw, sexual, guttersnipe, seductive, arrogant, savage and lewd.”

Flush with money and fame and hubris, the Stones decided the following week to grab a bit of the Woodstock spirit by holding a sloppily-planned free concert at the Altamont race track, across the Bay from San Francisco. A film crew was there to record the grand ending to their tour movie. This tour was a multi-media production. 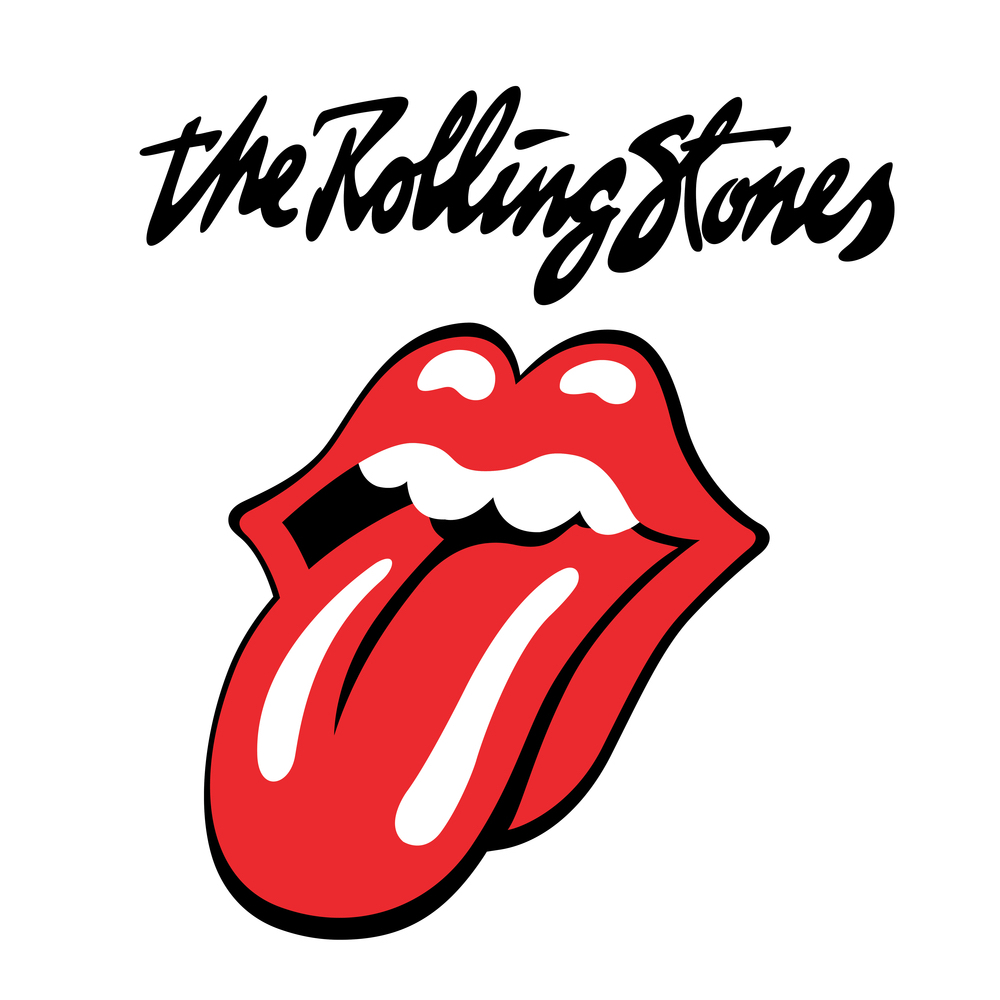 Their karmic payback began when they foolishly allowed organizers to hire members of the Hell’s Angels motorcycle gang. They were paid in beer to protect a low stage from an unruly crowd that pushed forward. Tension grew and fights spread during a long day of opening acts. Somebody accidentally knocked over a bike.

When the Stones finally performed, a young black man in a light suit moved toward the stage waving a handgun. Had he continued, he might have assassinated Jagger, who, earlier in the set, sang “ . . . I shouted out, `who killed the Kennedys?’” while several fights broke out in front of him.

The man with the gun was Meredith Hunter, who died after he was stabbed several times by one biker and stomped by the boots of his friends. Just by cosmic coincidence, the Stones – just the day before -- released their new album “Let It Bleed.”

“We all need someone we can bleed on,” Jagger sang in the title song. “If you want to, you can bleed on me.” The best song on “Let It Bleed” was “Gimme Shelter” with a lyric that warned: “The storm is threatening my very life today.”

Footage of Hunter’s death comprises the most memorable scene in the film “Gimme Shelter,” released the following year (as was the “Ya-Ya’s” live recording).

You can find the film’s last seven minutes on You Tube (“Meredith,” “Gimme Shelter,” “film,” “Rolling Stones”) and watch the horror on the face of Jagger during the killing, live and on stage, and afterward, reflecting while watching the film in an editing studio.

It felt as if the bill for some dangerous brew came due that night for the Stones, who were blamed for what is still known as rock and roll’s worst day. The film and the live album capture them at their best and worst and at the peak of their powers.

A year or so later, Don McLean made harsh reference to Altamont and Jagger in “The Day the Music Died.”

“ . . . Jack Flash sat on a candlestick because fire is the devil’s only friend . . . As I watched him on the stage my hands were clenched in fists of rage. No angel born in Hell could break that Satan’s spell.”

In the half-century since I saw the Stones at Olympia on that epic tour, I’ve heard them dozens of times in many places. Detroit venues include Cobo Arena, the Silverdome and Comerica Park.

When I covered Detroit’s 2006 Super Bowl for an East Coast newspaper, a wonderful coincidence put the Stones in the halftime show at Ford Field.

In a news conference, I asked Jagger about how strange it would have been in the 1960s for the Stones to play the early Super Bowls but how natural it seemed for them to be there in 2006. What had changed more, I asked him -- the Stones or the American culture -- to make this merger a win-win proposition?

“I think both, really, to be perfectly honest,” Jagger told me. “America’s obviously changed since we first came here. It’s almost unrecognizable and it’s very hard to imagine what the United States was like 40 years ago. We’ve definitely grown with the American cultural changes.”

Finishing with a smile and turning wry, Jagger added: “Hopefully, though, both of us still have our core values intact.”

All That Time, Travel, Shows

In addition to seeing many Stones’ shows in Detroit over the years, I’ve caught their act in Milwaukee, Chicago, New York, Hartford, Newark and probably a couple places I can’t remember.

Some shows were great. Others were pretty good. Last summer, after their tour was delayed by Jagger’s heart surgery, I saw them in the Rose Bowl in Pasadena and in that domed football stadium outside Phoenix. Tickets cost much more than the $8 I paid at Olympia.

In both shows, Jagger seemed as spry as ever, athletic and in great voice. Richards? Not so much. In that they have become their very own tribute band, their genuine oldies act is more showbiz than ever, Vegas style, with a lot of backup players and singers.

Instead of ignoring the audience while playing and walking off without an encore -- as they did at Olympia in 1969 -- the 2019 Rolling Stones mugged and bowed and waved to the fans during curtain calls. Between songs, Jagger made local jokes.

Yes, they still sing some of those menacing songs about blood, rape, murder, war and Satan. But now they feel not nearly as threatening as they felt at OIympia in November of 1969, a much different time.