Selweski: ‘Environmental Racism’ Seen in a Black Section of Macomb 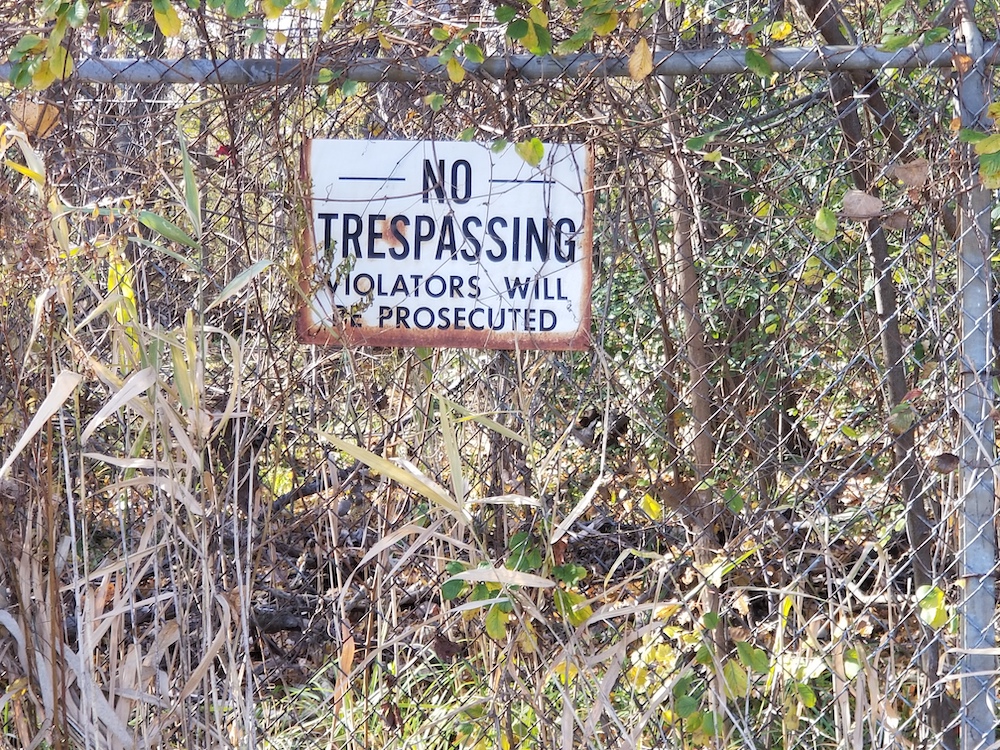 The site of a former trash incinerator near a park and school.

Activists in a mostly black section of Macomb County claim that pollution concerns at a park and school result from “environmental racism” by local officials, reflecting a trend that they say spans several decades.

The pressing issue involves a former waste dump on Quinn Road in Clinton Township, which is emitting methane gas from below the Prince Drewry Park, and potentially threatening the adjacent Robbie Hall Parker Elementary School.

“If this happened in a white neighborhood, people would be up in arms demanding a quick resolution to the problem,” said Greg Murray, director of the Michigan Advocacy Coalition (MAC), a group that operates similar to the NAACP.

Critics say township and state officials made little effort to warn residents and parents of Parker Elementary students when it was discovered in July that the methane levels underground could present the threat of a fire or explosion if not properly vented.

Murray noted that two landfills and one trash incinerator operated in the neighborhood along Quinn Road (the equivalent of a 14 ½ mile road), east of Gratiot, over the past several decades. 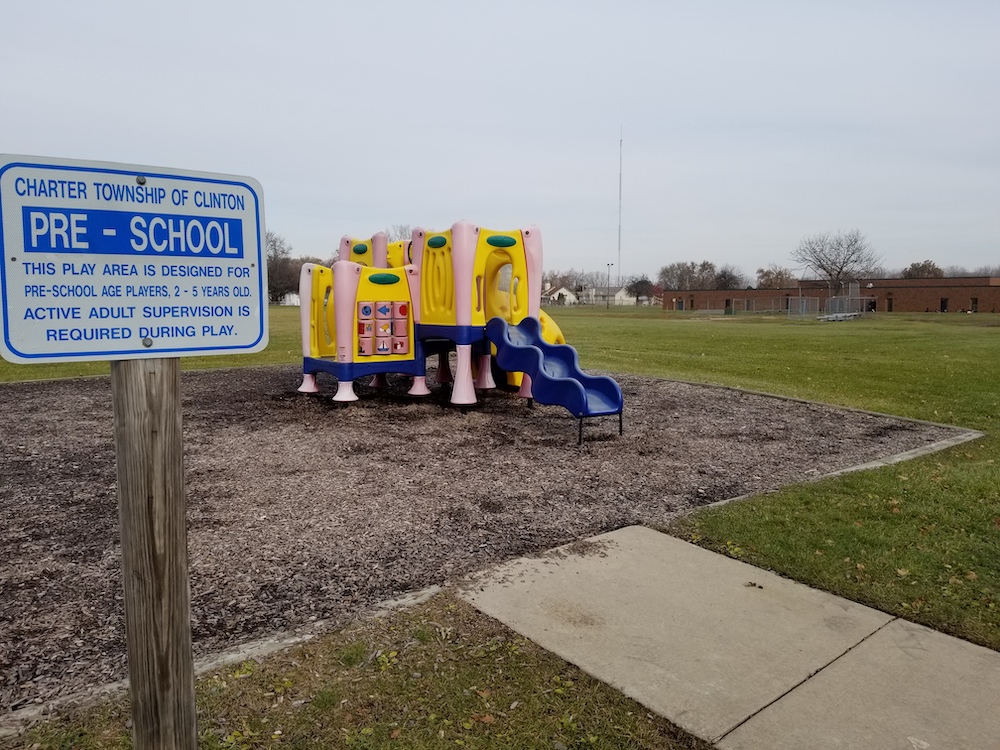 “There were large swaths of land throughout Clinton Township in the 1960s and 1970s, so it’s by no means an accident, we believe, that these facilities were placed in the Quinn Road community – placed there intentionally,” he said. “That’s the very definition of environmental racism.”

Clinton Township Supervisor Bob Cannon said the state is addressing the problem at the park. As for Murray’s claims of a history of environmental racism, “That’s totally incorrect. Time will prove (Murray) wrong. What’s out there, that’s just the way the township was developed,” Cannon said.

Since then, Murray said that Cannon, county Board of Commissioners Chairman Bob Smith and Congressman Andy Levin have not responded adequately to the prospect of a township park and an elementary school becoming a dangerous -- and perhaps deadly -- area.

Gas buildup can be risky 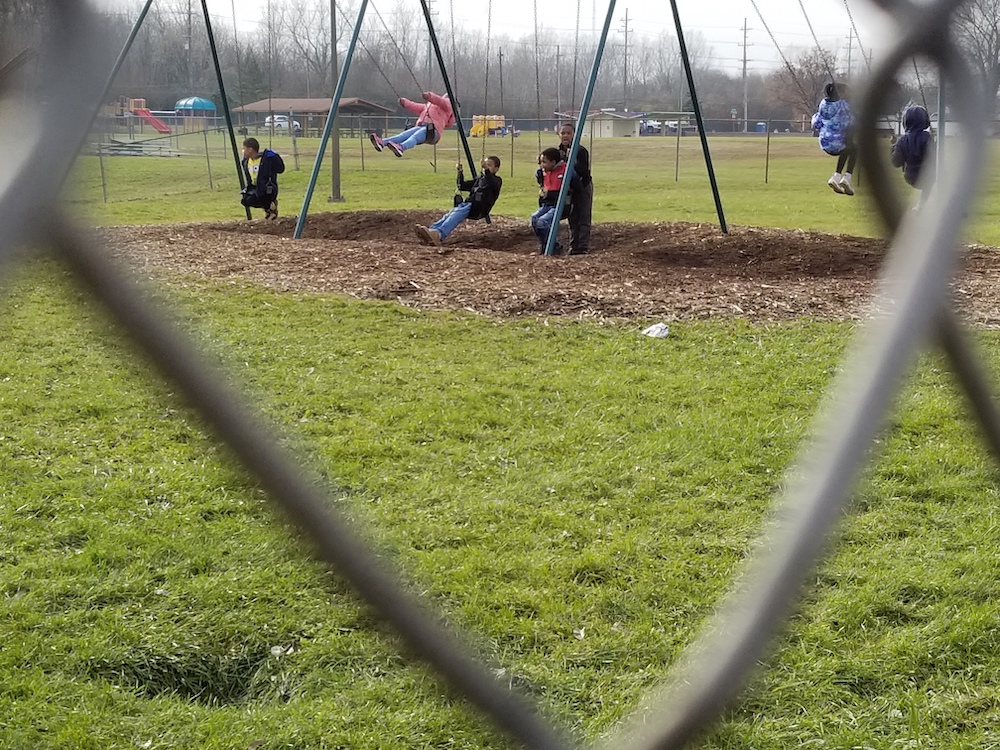 Parker Elementary School is next to a former trash dump.

Methane, a byproduct of rotting garbage, can be dangerous if it seeps into a building or other confined space rather than vanishing in the atmosphere.

An August public forum was organized by EGLE, which mailed notifications to 15 residences surrounding the park. Only three residents showed up. Subsequent plans by MAC to hold a large community event never took shape.

After the August gathering, the Clinton Township Fire Department installed natural gas detection meters in the Park Elementary School and offered them to the surrounding community.

EGLE has made no comments about the racial controversy, but the department has indicated that the methane buildup occurred undetected over many years when inspections of the property were lacking.

Now, EGLE is in the process of installing a gas collection and ventilation system on the border of the park/school as early as this coming week. The department remains concerned that the methane could travel underground away from the landfill property.

“Even though, through our investigation, there is no evidence of methane gas migrating in the subsurface away from the landfill we still plan to install vents and provide natural gas alarms to nearby residents as a precautionary measure,” said EGLE senior geologist Gregory Barrows. “We are still very concerned with the safety of the residents and school, therefore we will continue to monitor the site.”

The Quinn Road site operated as an unlicensed municipal trash dump decades ago, though little is known about the history of the property. Similar former landfills all across Macomb County, almost none of which had the pollution prevention equipment that is standard at modern waste disposal facilities, have sometimes leaked liquids or gases.

Methane vents are in place at Freedom Hill County Park in Sterling Heights and adjacent to Eppler Junior High School in Utica, locations that are in mostly white neighborhoods.

In the history of the Quinn Road area, a second landfill opened across the street, next to a small lake that had been a gravel pit. Starting in the early 1960s, that site was run by a municipal partnership that included Clinton Township and the Grosse Pointes.

When the landfill reached capacity, the Grosse Pointes-Clinton authority constructed a trash-burning incinerator on the site. That facility operated from 1972-99 and was demolished shortly afterward.

Arthur Samuels, a lifelong Clinton Township resident at the age of 94, said that he recalls the landfill now under the park opened in the 1930s. Problems with tainted well water were often associated with the dump, said Samuels, who lives just east of the property.

When the incinerator was running, it spouted “a lot of smoke and stink,” he added.

Through the years, some residents have blamed serious illnesses on the environmental conditions created by the incinerator and landfills. Without adequate notification of the potential dangers, kids would swim in the lake and others would fish from shore.

Beyond the environmental hazards, the neighborhood includes a DTE power station, two large cemeteries, the I-94 freeway and numerous crumbling streets. The 60-acre site of the former landfill and incinerator remains abandoned, surrounded by a high fence with even higher weeds rising above it.

MAC tried and failed to get the U.S. Environmental Protection Agency (EPA) interested in the methane problems. The group is now hoping to get the ACLU of Michigan involved.

Murray and his longtime associate, Bishop D.L. Bradley from Bethlehem Temple Apostolic Church on Quinn Road, are calling for an environmental impact study followed by a full remediation of the park site, which could involve a multi-million dollar effort to remove all the subsurface trash.