A Downriver business owner has a simple explanation for giving $3,000 to a grieving Detroit mom he never met: "I want her to know there's good people out there."

Eric Sloan made the sizable donation to help Markeila Parker have a Christmas Eve funeral and burial for a 19-year-old son shot Dec. 13 on the city's near east side. The 36-year-old owner of Sloan Environmental Services, Inc. in Taylor read about her GoFundMe appeal Thursday in a Deadline Detroit column by Charlie LeDuff.

"It's Christmastime and this family has a son in the morgue," says the benefactor, reached Friday morning during a family vacation in Winter Haven, Fla., with his children, 2 and 6.

"I came up in Lincoln Park from nothing, so I know what it's like. I want to pay it forward."

A service for shooting victim Tymarian Tiller will be conducted at 10 a.m. Dec. 24 in Clora Funeral Home, 5801 E. Seven Mile Rd. Public visitation is from 4-8 p.m. Dec. 23. Tributes and condolences can be posted here.

A Detroit parent's appeal for help "to lay my son to rest" touches emotions this week before Christmas.

Online donations ranging from $5 to one $3,000 gift propel Markeila Parker's campaign on GoFundMe past her $5,000 goal Thursday. A 19-year-old son, Tymarian Tiller, was shot last Friday outside Chene Liquor Shop on the near east side.

Parker launched the drive a day later, posting: "Tymarian did not have life insurance, so we are trying to cover the cost of the funeral and burial." 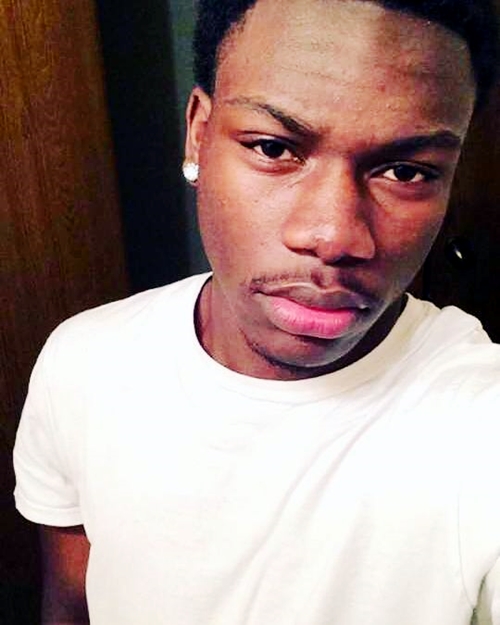 She raised just over $1,000 Wednesday night before a Deadline Detroit column by Charlie LeDuff linked to her donation page. "Remember what they say this holiday season is about," he wrote. "Do unto others. Love thy neighbor."

As of Friday afternoon, the total raised exceeds $5,800 from 77 people -- including the four-figure boost from Eric Sloan, owner of Sloan Environmental Services, Inc., a Redford Township company that does testing and removal or containment of asbestos, lead and mold.

"As I father, I could never imagine losing a child," he posts Thursday morning with the $3,000 gift. "I'm so sorry for your loss. I can't even imagine what you're going through.

"Your story really touched me. Your son deserves a proper burial. Your family and friends will be in my prayers. God bless." 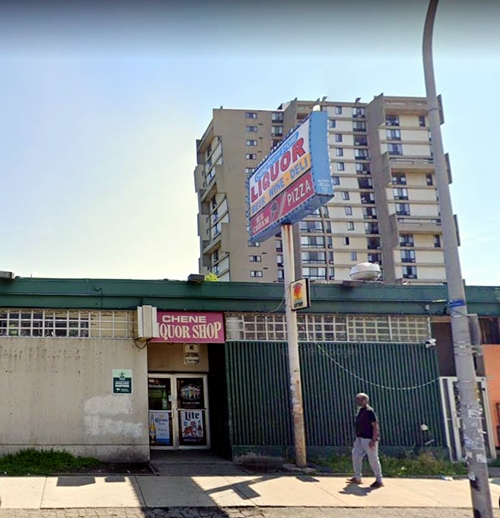 The shooting around 5 p.m. Dec. 13 was outside this Chene Street store between Lafayette and Larned. (Photo: Google Street View)

Sloan hasn't yet returned two phone messages from Deadline to discuss his compassion. Parker, 38, could not be located through social media or two past phone numbers.

Her fund appeal says: "My son, Tymarian Tiller, was taken at just the age of 19 years old. Tymarian was murdered in cold blood on Chene and Lafayette in front of the Martin Luther King [Apartments].

"We were not prepared for such a tragic loss, but the time has now come and we are planning for a funeral. . . . We are trying to lay my son to rest in a peaceful manner. I am asking that if anyone has anything to donate or anything to help, please feel free to donate to this account. Anything can help, anything at all. Any small donation is appreciated. Thank you from our family to yours."

Ridgeley Hudson Jr., a senior at King High School (which Tiller attended) has more than foiur dozen shares of his social media heads-up. Another by former schoolmate Precious Howard is shared about two dozen times.

► Where to give: Markeila Parker's GoFundMe page (donors can stay anonymous)

LeDuff: A Detroit Teen Struggling to Stay Afloat Takes a Hit at the Holidays, Dec. 18