A stray pit bull that attacked an Oakland County shelter worker was euthanized with a gun last month, the Detroit Free Press reports. 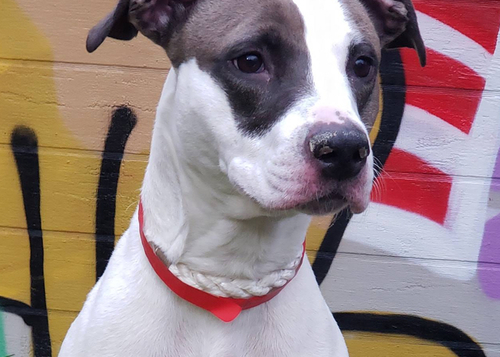 The dog, which had a history of biting, attacked a shelter worker in December. When other workers could not stop the attack, a police officer shot the animal in the head.

But that only let workers get the animal away from the worker, and the story continued:

The pit bull, with a history of biting family members in Troy, fell to the floor and shelter personnel pulled Shelley Grey to safety last month, as shown on a dramatic video, before she was rushed off in an ambulance. Yet, the 80-pound dog — after being shot “at point-blank range, between the eyes,” seemingly rose from the dead, Oakland County spokesman Bill Mullan said.

As the video shows, when the officer returned to the special hallway where six kennels house dangerous dogs, the pit bull had regained consciousness and now posed a fresh threat.

“The officer saw it was now a wounded animal and the possible threat played through his mind, so he immediately ended its suffering” with a second shot that was fatal, Mullan said. Still, “the first shot was effective because it got this dog off Shelley; it saved her life,” he said.

The attack occurred in a “quarantine kennel” where the dog had been housed. It was taken to the shelter after it had bitten an adult and two children in a home in Troy.

Grey, the worker, was seriously injured, the Freep reports, suffering "injuries to her right arm and shoulder as well as to her left hand and one leg," a broken finger and muscle damage that required surgery.