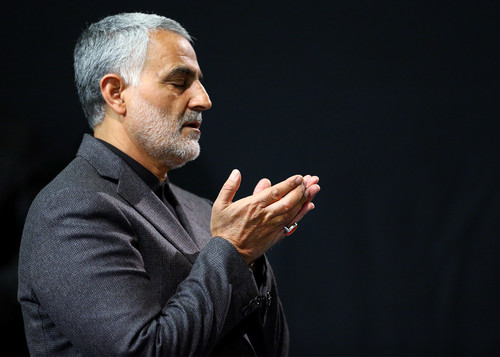 The Detroit Iraqi Consulate is hosting two events this week to mourn the killing of Iranian major general Qassem Soleimani and another Iran-alligned military leader killed in a drone strike in Baghdad last week.

The consulate said on Facebook that it would be open for condolences for Soleimani and Abu Mahdi Al-Mohandes on Tuesday and Wednesday — “martyrs who have fallen as a result of the recent American raids in Iraq.”

Soleimani was revered in Iran for defeating ISIS. His relationship with Iraq was more complicated: He supported Shia militias in the mostly Shia country, but in recent months had allegedly led violent crackdowns on pro-democracy protesters.

Iraq's president — Barham Salih — has condemned the attack that killed Soleimani and Al-Mohandes, saying they “played a significant and crucial role and showed the most wonderful pictures of altruism in fighting against ISIS.”

The Southfield consulate — an extension of the Iraqi government — is facing backlash for the event. Commenters on the annoucement tagged the White House and FBI, warning the consulate was mourning "terorrists" and urging an investigation.

Southfield police say they're aware of the event and have not had issues with the consulate in the past, the Detroit Free Press reports.

The event will take place Tuesday and Wednesday from 2-5 p.m. at 16445 W. 12 Mile Rd., between Greenfield and Southfield roads.