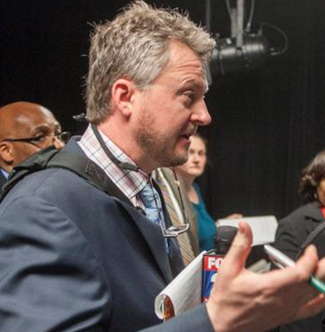 Elrick got the green light from Fox 2 last February to do the independent podcast, ML Soul of Detroit. But in June, general manager Mike Renda retired. Greg Easterly, the new boss, abruptly withdrew permission for the weekly show in August.

Elrick declined at the time to say why, but some speculated on social media that it was because Elrick on a podcast had criticized DTE Energy, an advertiser, for its rate hikes and performance. Fox 2 declined to comment at the time, and the utility insisted it had no role in the decision.

Elrick said Fox 2 officially signed off  Monday on his departure papers, clearing the way for the podcast's rebirth.

"It’s more than the podcast," Elrick said in a phone interview with Deadline Detroit. "I did not leave over a podcast. I’m not a podcaster who does reporting, I’m a reporter who does a podcast. There were some other differences where we just weren't on the same page."

"I did walk away with an offer on the table," he said. "It felt like we had different visions for the next year."

Elrick said he has some projects in the making and is excited about the future. "I’m staying in Detroit," he said on Monday's podcast, recorded in December. "I’ve had chances to leave."

He said he still wants to expose officials who put "self-service in front of public service."

► Listen to the podcast.