Lapointe: Prince Harry and Duchess Meghan -- Why Not a Royal Exile in Windsor?

WINDSOR, Ont. -- Now that Prince Harry and Duchess Meghan Markle have bolted from England to Canada, they need a place to stay.

So how about trading Windsor Castle for Windsor, Ontario? 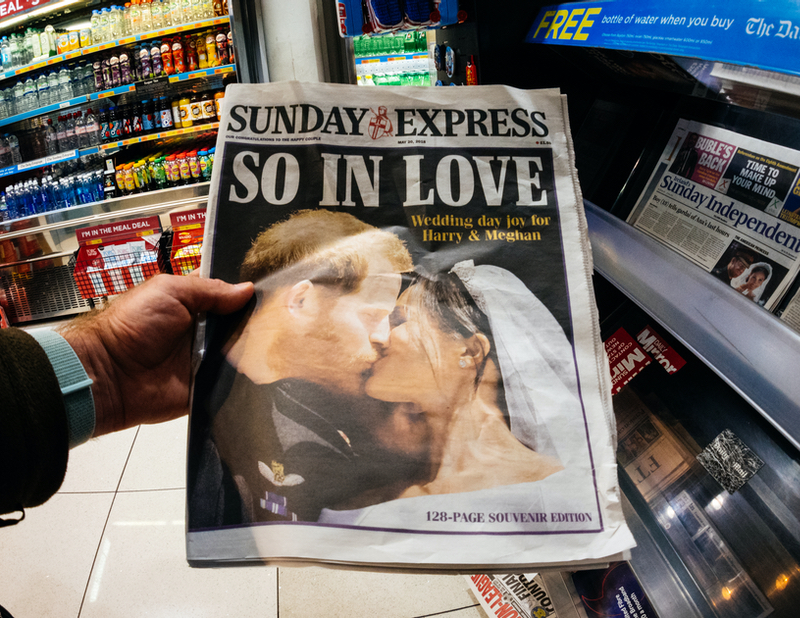 Harry and Meghan were briefly the toast of Britain. Now they've moved to Canada. (Photo: DepositPhotos)

If they really want to put down roots, the semi-royal couple might check out this cozy, two-bedroom apartment on Pierre Avenue in Canada’s southernmost city.

“The tunnel to the USA is just 5 miles away by car,” the ad says. “You can make an easy adventure into Detroit to enjoy the vibrant lifestyle that is blossoming there.”

The ad boasts of a sunroom, back deck and all of 900 square feet. “Kid friendly,” it adds -- good news for Baby Archie.

All this goes for the low, low price of $1,600 (Canadian) per month. That would be good news for those dour Brits grumbling about their expenses now that the Sussexes are no longer “working royals.”

We all know Prince Harry served in the British military as a helicopter pilot in Afghanistan. And, in 2007, he spent part of his training in the Canadian province of Alberta. But does Harry – still sixth in line to the throne – realize that Windsor soil is fertilized by the blood of Red Coats?

It’s true. You can learn this in a visit to the Francois Baby House, part of “Museum Windsor,” right over on Pitt St. West, not far from the tunnel.  (The French family’s original name was “Babie.”)

On display is a flag from the War of 1812. During this often-overlooked conflict, British and American forces took turns conquering each other’s settlements on both sides of the Detroit River.

The Baby House – near the river – proved a good location for shelling the Americans. (And who knows, it still could be.)

According to the lore on the wall of the museum, “Major General Isaac Brock and Tecumseh set up gun batteries here and bombarded Detroit.”

Tecumseh was an Indian chief allied with England. He died in 1813 in battle; both sides claim credit for winning the war that helped establish Canada as a nation.

The flag is called “Tecumseh’s Flag” and was used in battles against Americans before Michigan was a state and Canada was a nation, back when the frontier and the international border were still contested. 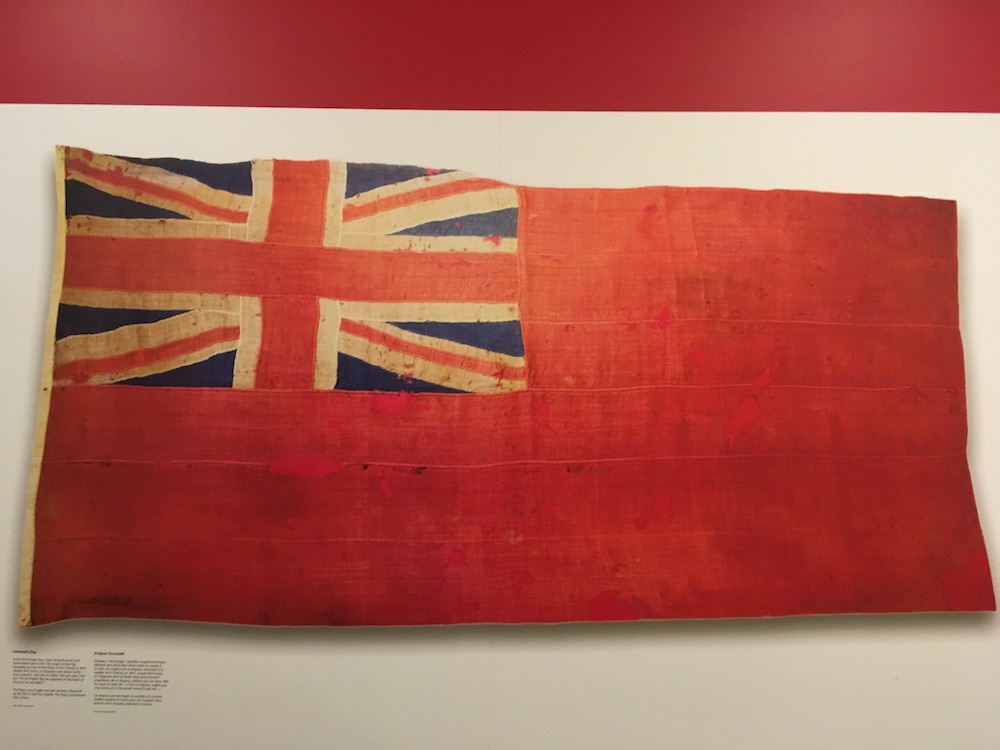 “Tecumseh’s Flag” in the Windsor museum is mostly red except for a Union Jack in the upper, left corner.

Certainly, Harry would recognize that part and, possibly, salute.

Should the Prince and the Duchess choose to live here, they could experience all the other benefits of Windsor-Detroit life. They could run in the Detroit Free Press International Marathon, over the bridge and through the tunnel. They could get cheap prescription drugs; they could buy legal marijuana on both sides of the border.

They can bet legally on sports, something you can’t yet do in Michigan. They could cheer at Spitfires’ and Red Wings’ hockey games. And when the Gordie Howe Bridge finally opens in a few years, they could cut the ribbon. In the meantime, they could buy Cuban cigars and visit Canadian bars that serve 19-year-olds.

There, they could meet all those boisterous, young Detroiters who visit downtown Windsor on the weekends and Harry could regale them with tales of the last time armed Detroiters formally invaded Windsor.

It happened on Dec. 4, 1838, during what was called “The Upper Canada Rebellion” against the Crown. It didn’t go so well for the rebels, who aligned with some Americans and stormed ashore in boats from Detroit.

Under the command of Col. John Prince, (great last name, huh, Harry?) the Brits and local militia “repulsed the invaders in Francois Baby’s apple orchard just outside this museum.”

In his diary, Prince recalled: “We attacked them & killed 27 and took 20 prisoners. I ordered the first 5 taken to be shot.” (And who says Detroit has all the shootings?)

Now that peace has broken out between the two sides for roughly two centuries, Harry and Meg shouldn’t worry too much about Yanks attacking again.

But if they choose to “enjoy the vibrant lifestyle” across the river in Detroit, they need to get accustomed to U.S. customs and immigration officers at the tunnel (or the bridge).

Border guards tend to scowl suspiciously even at Americans, but California-born Meghan should get through OK.

As for foreign-born Harry and Archie, they’d better bring their passports and good explanations for their comings and goings. We wouldn’t want our ICE police to inadvertently cage Baby Archie while they send Harry back to where he came from.

For the moment, Harry, Meghan and Archie are staying in swell digs in Vancouver Island, British Columbia. Those polite Canadians out there are not nearly as nosy as the media in England but, still, not all Canadians are excited about their new neighbors.

Even though Harry’s Grandmother Elizabeth is, technically, the Queen of Canada, the Toronto-based Globe & Mail declared in an editorial: “Our royals don’t live here. They reign from a distance.”

In that Windsor is, quirkily, geographically south of the United States, that’s about as distant from snooty Toronto as you can get and still be in the Great White North.

So think about it, blue-collar Windsorites: Got room for three more Windsors?