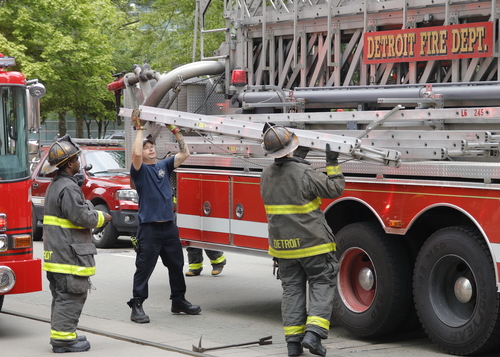 The Detroit Fire Department has reportedly boosted oversight of its distribution of unlimited fuel cards after a 2018 auditor general's report found they were wrongly assigned to more than 200 former employees.

It's unknown how much taxpayer-funded fuel the ex-workers may have purchased — but their cards made up about a quarter of those issued by DFD and the department spent an average of $670,000 on gas annually in the years before the problem was discovered. The fuel cards are supposed to be used only for city vehicles, but the report found the department had no policies in place to control the cards or how much gas they were used to purchase.

"Since the audit, DFD has reduced the number of fuel cards by nearly 300 and we now have a consistent policy and procedure for ensuring that cards are deactivated when an employee no longer needs them or their employment with DFD ends ... We have formalized a policy that mandates a quarterly reconciliation with the General Services Department to have inactive or unauthorized employees removed. Division heads also monitor Monthly Departmental Fuel Usage Reports for any discrepancies."

Changes went into effect around the time the auditor's report was released, a spokesman for Detroit Mayor Mike Duggan said Monday.