'Who Are You?' Oakland sheriff asks surprised police imposter on M-59

"Something weird is going on here," Oakland Sheriff Mike Bouchard says he thought when he saw an SUV on M-59 in Waterford that initially looked like a police vehice -- almost.

"It had the push bumpers, a whole light array on the back. It said ‘Police Interceptor Dial 911’ as well as ‘K-9 Stay Back,'" Bouchard tells WDIV.

When he got closer to the vehicle he noticed a decal on the side that read: "Emergency Response."

He ran the license plate number and it didn’t come back to a police agency -- it came back to an individual. Bouchard activated his emergency lights and pulled the vehicle over. 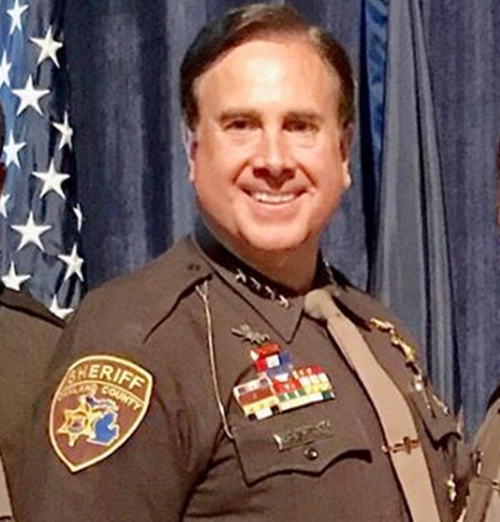 The driver asked the lawman, who wasn't in uniform: "Who are you?"

Bouchard said there was a fake radar mounted on the dashboard and what was supposed to look like a computer-aided dispatch computer. He also found a loaded .45 glock and a large Bowie knife.

The poseur was arrested and awaits charges as the sheriff's office investigates.