Detroit mourns death of DJ Slick B, shot and killed in attempted robbery 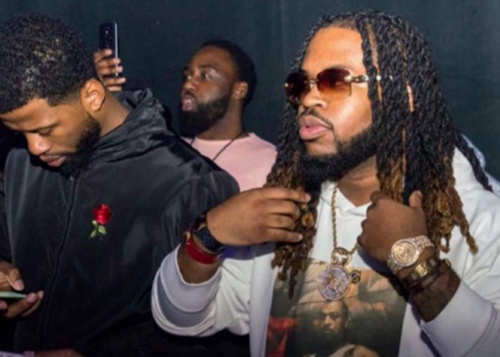 Detroit's music community is morning the loss of a popular DJ who was shot and killed in an attempted robbery outside a gig on the city's west side Friday night.

DJ Slick B, or Byron Gilbert, 28, had apparently just wrapped up DJing the grand opening of the Hemp Museum, a dispensary on McNichols near Wyoming, when media outlets report the suspected shooter approached him and another man. Gilbert died of his injuries; WXYZ reports the other victim, 25, is expected to survive.

Slick B's supporters reacted to the news on social media, with nearly 2,000 people commenting on the artist's final Instagram post.

“I’m sick and tired of what’s going on in this city ... It doesn’t make any sense. No sense at all.”

Sending my prayers to the family of @DJSlick__B. I will never forget his kind and giving spirit. I was looking forward to all that he was about to do in his career and for our city! #StoptheViolence

DJ Slick B was a resident at the Annex downtown and also toured, with recent  performances at parties in Chicago and Miami. He had 26,000 followers on Instagram.