Too early to endorse a Democrat for president, Freep decides on second thought

It's not that Freep editorial board members can't decide which Democrat they prefer for president, though that's one way to see an opinion page column this weekend.

After promising a primary election endorsement today, the paper now puts off that choice until five days before the March 10 state primary. 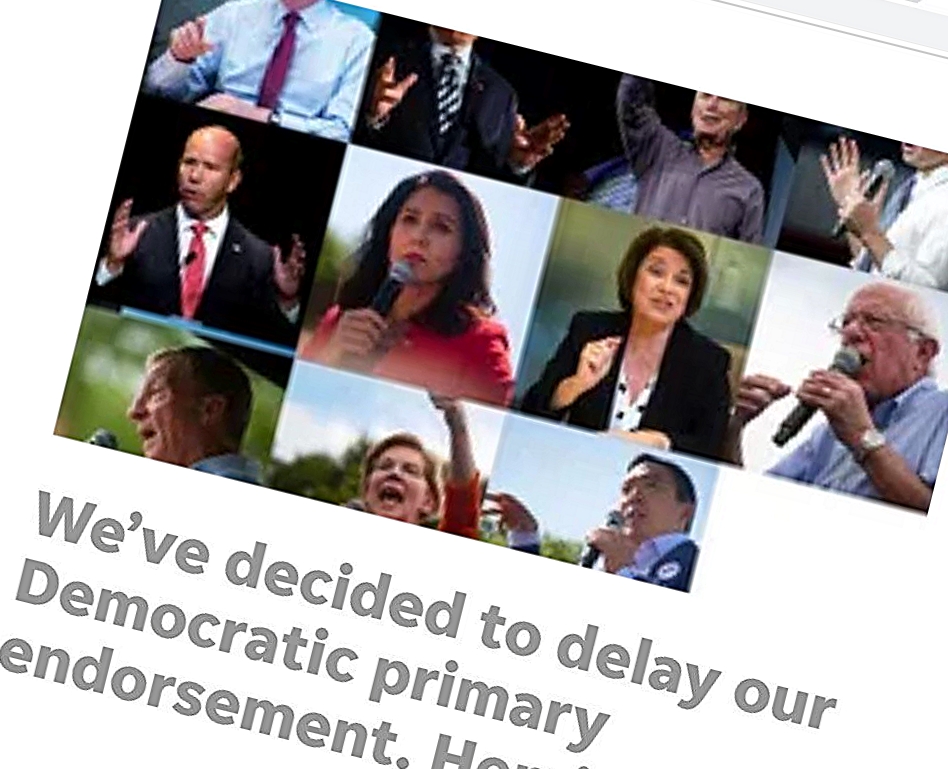 "We at the Free Press have decided to take [a] deep breath and postpone making our own choice until Thursday, March 5," Brian Dickerson writes, following up on a Jan. 25 column.

Two developments this past week convinced us it would be wiser to postpone our endorsement decision:

First, we began hearing that although most municipalities anticipate dramatic increases in the percentage of voters casting absentee ballots, local election clerks now expect the majority of those ballots to be returned in the week immediately preceding the March 10 primary.

Then there was the massive (and continuing) confusion over the results of Iowa's first-in-the-nation Democratic caucuses, which took place last Monday. At presstime, it remains unclear who won.

In short, the Democratic presidential race seems even more muddled today than it was two weeks ago. And it appears most absentee voters in Michigan will wait to return their ballots until after March 3, when voters in 14 states sprinkled across every region of the nation will express their preferences.

[Personal aside: We smile at that quaint presstime word and try to recall the last time we heard it, maybe in an old movie.]

In his 21-paragraph explanation, Dickerson urges readers not to "interpret this postponement as a vote of no confidence in the strength of the Democratic presidential field." Rather, he frames the delay of three and a half weeks this way:

Michigan voters will have the advantage of knowing which candidates are most appealing to voters in other regions of the country. By postponing our endorsement, we can factor those lessons into our own choice.

By contrast, the Freep needs no more time for a recommendation on a Detroit Institute of Arts ballot measure March 10. "Residents of Wayne, Oakland and Macomb counties should acknowledge the museum's value by voting YES to approve renewal of the millage," a separate opinion piece says.