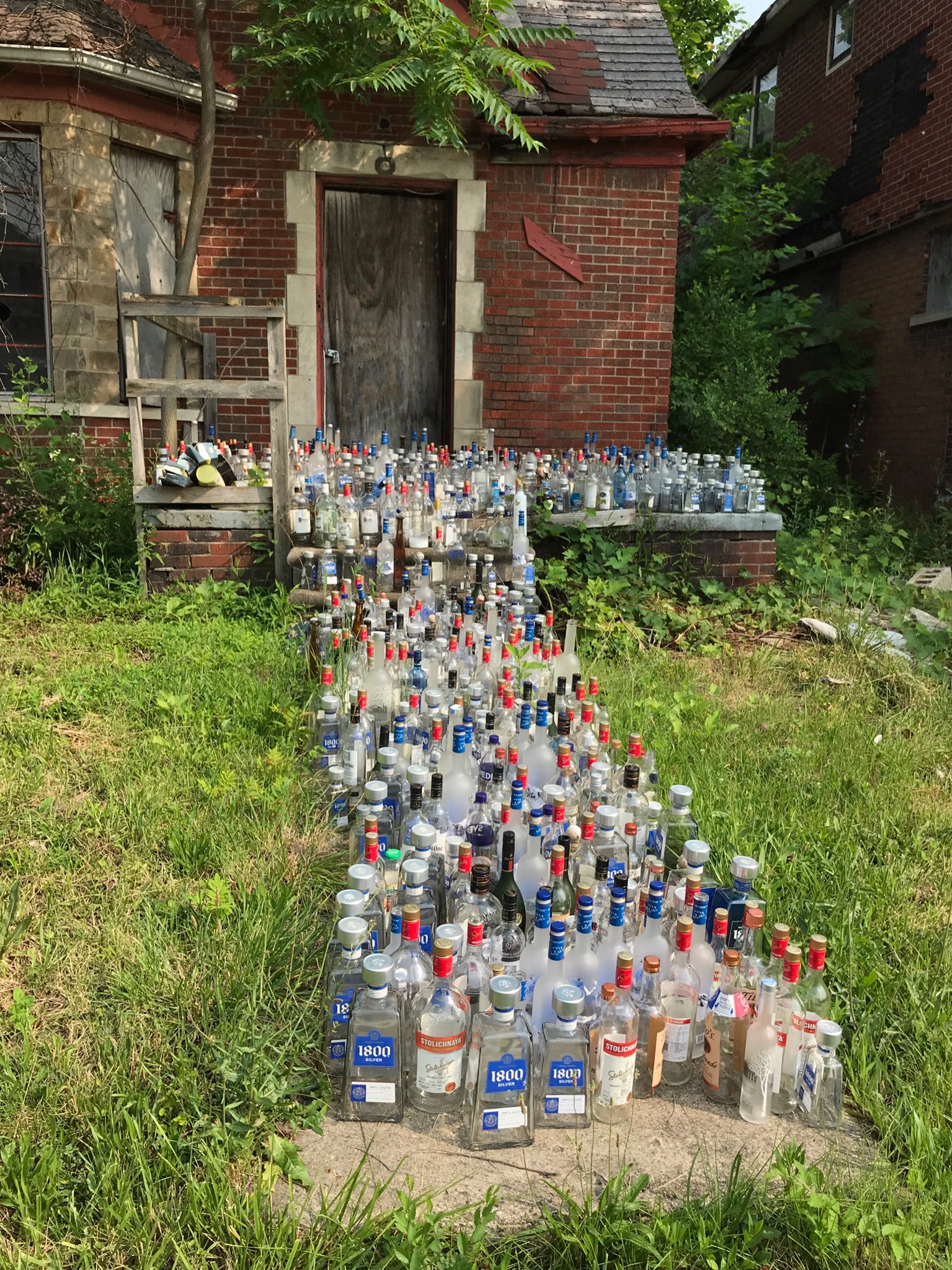 A sea of pour-one-outs line the house on Webb, near Petoskey. (Photo: Violet Ikonomova)

On a block of abandoned houses on Detroit's west side, near Russell Woods, there's a curious display: hundreds of empty mid- to top-shelf liquor bottles, most of them vodka or tequila.

When we came upon the house last summer, we instinctively got out of the car and began taking pictures, drawn to the remnant booze like fruit flies. We later looked up the address, failed to track down the homeowner, and allowed the scene to remain a mystery.

Six months later, Fox 2 has the skinny: The bottles are literal pour-one-outs for the two deceased uncles of a man who lives across the street.

Emmanuel Humes tells Fox that over the past three years, when he and his family get together, they place their drunken bottles in front of the vacant house. The constellation now spills from the porch all the way to the sidewalk.

These bottles are for his uncles Ive Silas and James Smith. Silas passed away in 2012 from a heart attack. Smith died in 2009 from cancer. Both were well-known for the love they had for their families and their community.

Now when Humes has family over and looks across the street - "We feel their spirits are still around, you can feel their presence they know we are still doing good in life and they're sitting back probably celebrating in heaven."