Light at the end of the barrels: Livernois work by Detroit is nearly done

East side of Livernois Avenue at Outer Drive West, looking south toward Cambridge Street. Jo's Gallery and Cafe is at left in the 19300 block. (Photo: City of Detroit)

Construction that began last April is wrapping up -- news that prompts Michigan Chronicle to say "Detroit Residents Rejoice!" above a brief article Wednesday that doesn't quote any hallelujahs or other joy.

Spoken or unspoken, the gradual removal of barrels, barricades and paving machines surely comes as a relief to northwest Detroiters and merchants weary of dust, detours and disruption.

Sidewalks widened to 24 feet have new lighting and space for planters, benches, café seating and curbside trees. Bike lanes are at sidewalk level. 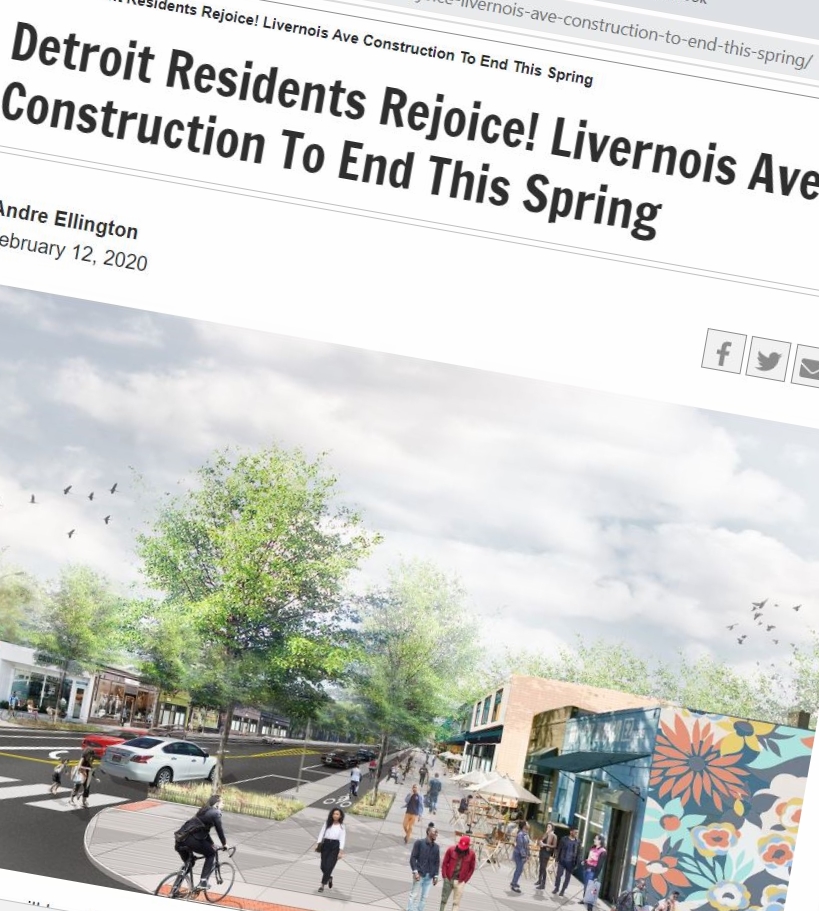 Instead of a median, the street gains a center left-turn lane allowing access to all residential blocks along the corridor. Street parking is available on at least one side of the avenue.

In a Twitter thread with the photo above, Mayor Mike Duggan gushes: "It's been remarkable to see the transformation of Livernois unfold as part of the $19 million investment we made this year in a completely new streetscape."

He adds: "Since the project began, 13 new businesses have opened, nearly all of them by African American entrepreneurs."

Remaining work this spring involves sidewalk installation on the avenue's west side, north of Pembroke, and cosmetic work such as landscaping, benches and streetlights.

The upgraded strip is near the Sherwood Forest, Green Acres, Palmer Woods and University District neighborhoods.