A former United Auto Workers official will serve more time in prison than prosecutors asked for. 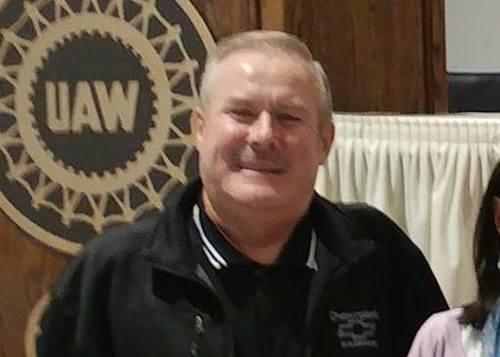 In September, Grimes, 66, of Ft. Myers, Fla., pleaded guilty to conspiring with two other high-level UAW officials— Joseph Ashton and Jeffrey Pietrzyk—to take millions of dollars in bribes and kickbacks from vendors doing business with the joint UAW-GM Center for Human Resources.

Authorities allege that Grimes pocketed over $1.5 million dollars in bribes from a union vendor and schemed to launder that money. He also accepted $10,000 worth of cosmetic surgery to be performed on a relative.

Grimes made the most money from illicit activities out of the 13 members charged in the UAW corruption probe. In court, he claimed he accepted the bribes to fill the void left by the death of his first wife, and to please his new family with material possessions, John Snell of the Detroit News reports.

“The trail of money has led to the truth, an ugly truth of bribery, kickbacks and sham corporations, ultimately netting Michael Grimes $1.5 million dollars at the expense of UAW workers," said Sarah Kull, special agent in charge of Detroit’s IRS Criminal Investigation in a statement. "Today’s sentence brings the UAW one step closer to removing the greedy and corrupt leadership that once embodied UAW officials across the country."

In a solemn exchange with members of the media, Grimes offered up an apology for his actions.

“Remember the good I did.” Here is former @UAW official Mike Grimes, with lawyer Michael Manley, outside federal court in Detroit, apologizing for taking more than $1.5 million in bribes pic.twitter.com/rtpKw3iJiO

“I’m sorry to the UAW membership and to my family,” Grimes said. “I just want them to remember the good I did for them. I did a lot of good in my career.”

Judge Friedman said he wanted to send a strong message.

"Twenty eight months sends a stronger message and will send a message to (UAW) members that they can get their loyalty, integrity, trust and pride back," Friedman said.

As part of the sentencing, Grimes will forefeit several of his plunders, including:

Initially, prosecutors requested a sentencing of 46 to 57 months, but lowered it to 24 due to Grimes’ cooperation, the Automotive News reports.