'Netflix for the left': Socialist Streaming Service Launches in Detroit 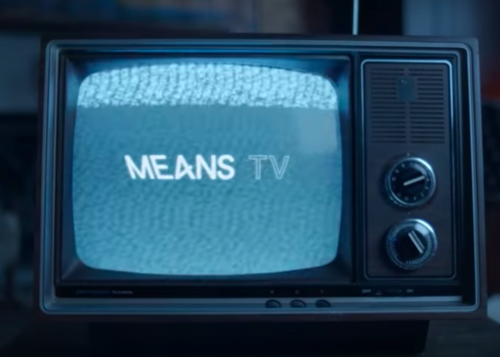 Detroit-based leftist streaming platform Means TV launches its service Wednesday with original feature-length documentaries and comedic shorts to “create the cultural foundation and need to build socialism in the U.S.”

What does that mean exactly? Founders Nick Hayes and Naomi Burton, residents of the Islandview neighborhood who helped catapult Rep. Alexandria Ocasio-Cortez onto the national stage with a 2018 campaign video, explain in an interview with Metro Times:

"It's a post-capitalist, anti-capitalist perspective," Hayes says. "We have over a dozen feature-length films, all of them are talking about the different issues we all experience every day under capitalism."

"The idea is it's not just a bunch of boring documentaries," Burton says. "It's entertaining, but it's all based in the reality we actually live in — versus the one Netflix tells us we live in."

The problem with mass entertainment for the past few decades, Hayes says, is a gulf between "what is portrayed on-screen and what normal, working-class people experience" — think "Friends," for example, a show about four people who live in what would be a giant, multimillion dollar apartment and somehow they never talk about being able to afford it.

To promote the launch, Means will host a number of content screenings across the country.

The Detroit screening will feature "Gaza Fights for Freedom," a documentary about protests on the Palestinian territory's border with Israel that resulted in the killing of approximately 200 Palestinians. Journalist Abby Martin and activist Michael Prysner, who produced the documentary, will be on hand for a Q & A.

Wednesdya's launch event will be at 7 p.m. at Cinema Detroit. Additional screenings are set for Brooklyn, Seattle and London.

After 3 Million Views, 2 Detroit Socialists Are Ready for Their Closeup