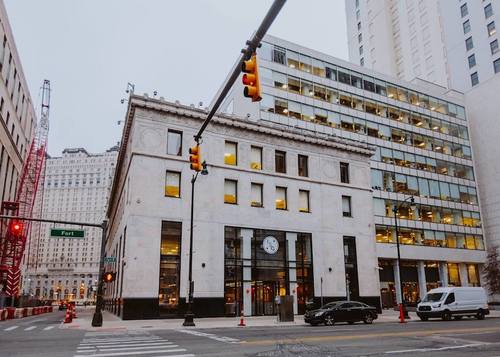 That's a wrap for Fort Street Galley, the foundering downtown Detroit food hall that was open little more than a year.

Friday marks the abrupt end for the business, which made news twice last year for course corrections to buck slow sales, the Free Press reports. First, the bar rebranded as "Magpie," then, after two restauranteurs exited earlier than planned, the Pittsburgh-based company behind the hall said it would offer more local options.

Detroit, it seems, wasn't the only underperforming location:

"There were various factors that led to this difficult outcome, among them the decision to scale back our operations nationwide and focus energy on our flagship locations in Pittsburgh & Minneapolis," said Chad Ellingboe, vice president of operations for Galley Group, in a statement.

The closure comes as the group appears to be downscaling amid a major leadership shakeup. Friday will also be the last day for the Galley Group's Cleveland food hall, which opened around the same time as Detroit's. And a Chicago outpost closed last fall after just five months in operation, right around the time Ben Mantica, one of the company's two co-founders, reportedly left the group.

Previously, the business said parking and bad weather contributed to its problems.