Southern states have Waffle House. Here in Michigan, we have Ram’s Horn.

The Oakland County Sheriff's Office is investigating an early morning incident this past weekend that ended in arrest. 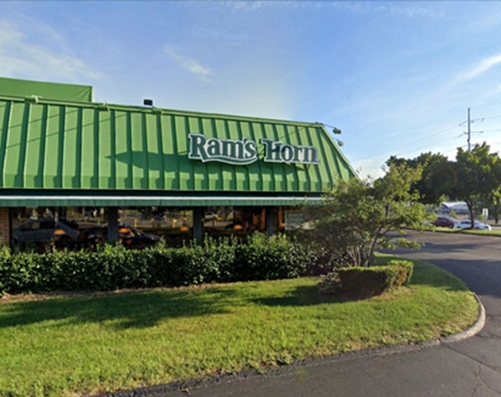 A Metamora man, 28, was dining at Ram’s Horn in Rochester Hills at around 2:30 a.m. Saturday. At another table, a drunk customer was having trouble keeping his food down and began vomiting into a bucket. The first patron decided to play vigilante. He pulled out a pocket knife and approached the table of two men, deputies tell The Oakland Press.

"The suspect then pointed the knife at the victim, keeping it only a few inches away from him and telling him to do something about his friend throwing up."

The 27-year-old Fraser man who was threatened wasn't hurt. Police jailed the knife-puller on a charge of brandishing a weapon.