'It's a really crazy time:' Michigan restaurants brace for losses

Thousands of Michigan restaurant workers are laid off or have hours cut sharply as a result of the statewide shutdown that began Monday afternoon and will run at least two weeks. Now many industry workers are trying to figure out their next step.

The state has about 450,000 restaurant workers, according to the Michigan Restaurant & Lodging Association. 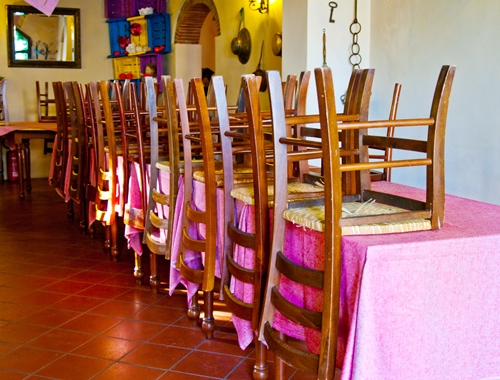 Over 1,000 work for National Coney Island, which has 16 locations in Metro Detroit. The company expects layoffs, said marketing director Devin Burns-Blackburn. While managers are expected to stay on staff, the company is encourages hourly workers to seek unemployment benefits. The group will still offer takeout and delivery for as long as it as it “possibly can.”

Sarah White is a server at a chain restaurant in Okemos, a community near Lansing. She says the staff has a tight-knit relationship, like family. On Monday, her manager sent out a message, informing them about the shutdown.

“I immediately was like ‘holy cow!’ I need to figure out something to do,” White said. “That's my sole source of income. I don't have any other safety net.”

Molly Mitchell is owner and head chef at Rose’s Fine Food, a small breakfast and lunch eatery on East Jefferson Avenue in Detroit. After serving just three customers Monday, she decided to close until further notice. The establishment won’t offer delivery or pickup.

'Kind of freaking out'

“It’s a really crazy time,” Mitchell said. “I’ve talked to a lot of other business owners in Detroit. Everybody’s kind of freaking out trying to figure out what the best course of action is, how to take care of employees without putting the city at risk.”

Mitchell broke the news to her 11 employees. She set up a GoFundMe page intended to cover at least partial payroll during the closure. She also tells her crew to apply for unemployment.

Like Mitchell, White thought outside of the box. She took to Twitter, replied to several celebrity tweets and asked users to donate what they could to her Venmo account. Eventually, she garnered the traction she was hoping for, from a doppelganger of sorts.

“It's funny because in the last couple weeks I've had customers who were like, ‘You remind me of Monica Lewinsky,” White said.

Lewinsky replied to White’s tweet. Soon after, several users who saw the reply collectively gave about $500, close to what she would expect to make in a week, she said.

“I feel so blessed. It’s such a beautiful thing how people just reach out and can be so kind to a complete stranger.”

i hope a miracle finds you soon.

Big Boy, headquartered in Warren, has 66 Michigan locations. The family diner is switching to takeout and delivery. The company does not currently plan to make layoffs. However, many employees will likely work fewer hours, said marketing vice president Jon Maurer. Reducing hours can still pose a threat to many households, White said.

“I was like, ‘look, I'll roll silverware all over the restaurant.’ I will clean things, whatever,” White said. “The thing is, is I know I'm not gonna make what I'm used to coming home with. And that's the fear for a lot of people.”

White is a renter. She's taking care of her two nieces while they're off school. She doesn’t have family members who can financially support her, she said. She called her landlord, explaining she’d need to keep in contact about her situation.

“I'm a very cautious person and I don't like to get in trouble,” White said. “This is the first time in my life that I don't think I'll be able to pay my bills and, and that was really jarring.”

White is worried about many of her coworkers as well, she said. One has a wife with a medical condition. Like her, he’s vexed by the thought of losing his apartment, she said. 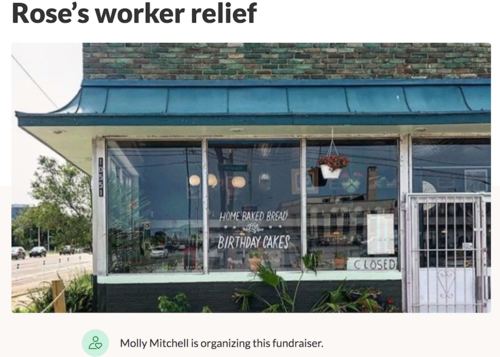 Rose's set up a GoFundMe to cover employee payroll during the closure.

A petition on social media calls for Gov. Gretchen Whitmer to suspend rent, mortgage and utility payments during the ongoing coronavirus crisis.

“It would be helpful if there was something they could do to support employees in the short term like ensuring people are able to pay their rent or buy food,” Mitchell said.

On Monday, Whitmer announced an expansion of unemployment insurance benefits to cover workers with unanticipated family care responsibilities, compromised immune systems, or those infected with COVID-19. These enhancements will remain in place through April 14.

Despite reduced operating costs with the closures, the forced shutdown poses a threat to small restaurants. Michigan business insurers haven’t been much help.

“Apparently pandemics are not covered under most insurance carriers, so it’s kind of a tricky place where we don’t really have a lot of resources,” Mitchell said.

Business interruption insurance covers financial losses during times of crisis, such as from blackouts, floods, tornados, hurricanes or other disasters. But the rare situation of a public health interruption may not apply to Michigan restaurants, according to Justin Winslow, president of the trade association in Lansing.

“We have been checking in with a lot of carriers,” Winslow said. “I have yet to find one that suggests that this specific event would trigger business interruption. Which is unfortunate because certainly their business is being interrupted.”

Currently, Whitmer’s office is applying for a federal loan that would provide financial relief to small businesses impacted by the virus, according to Winslow. The SBA Economic Injury Disaster Loan program would cover up to $2 million in losses.

“We’ve been assured that it will be submitted to qualify Michigan (small businesses) before the end of this week,” the industry leader said.

At Rose's on Detroit's east side, Mitchell is encouraged by support from patrons. “I know that people love their community,” Mitchell said. “And I know that we will figure out how to come out the other side.” So far, they’ve raised over $2,000 from 21 people on GoFundMe, including an anonymous $500 gift Monday.

“We’re an interconnected web. That’s what a society really should be,” White said. “If we're going to shut down these restaurants and these jobs that we consider nonessential, then we need to be able to help people with the essential parts of their lives that are now affected. It’s just the human thing to do, you know.”

In the midst of chaos, White said her manager gave her hope. Like everyone, he's trying to figure out how to deal with the shifting environment. But she says he bears “a level head.” On Thursday, White is scheduled to meet with him, to discuss what her next steps will be. 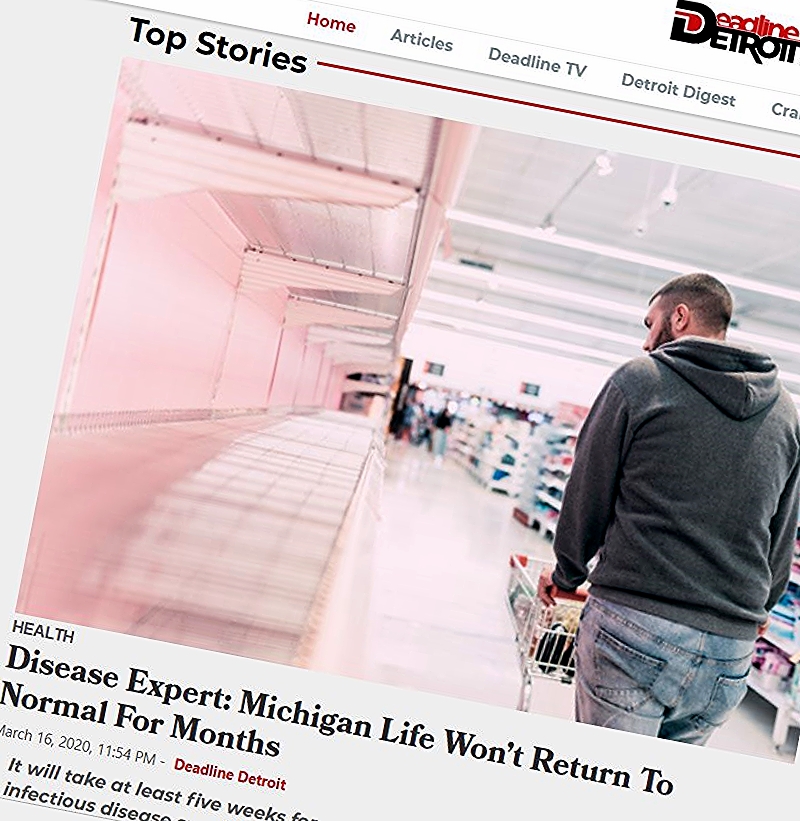 ► If you work in Michigan and were laid off as a result of the coronavirus pandemic, you can apply for unemployment benefits here.