'That Woman from Michigan' is Trump's bonus for T-shirt sellers 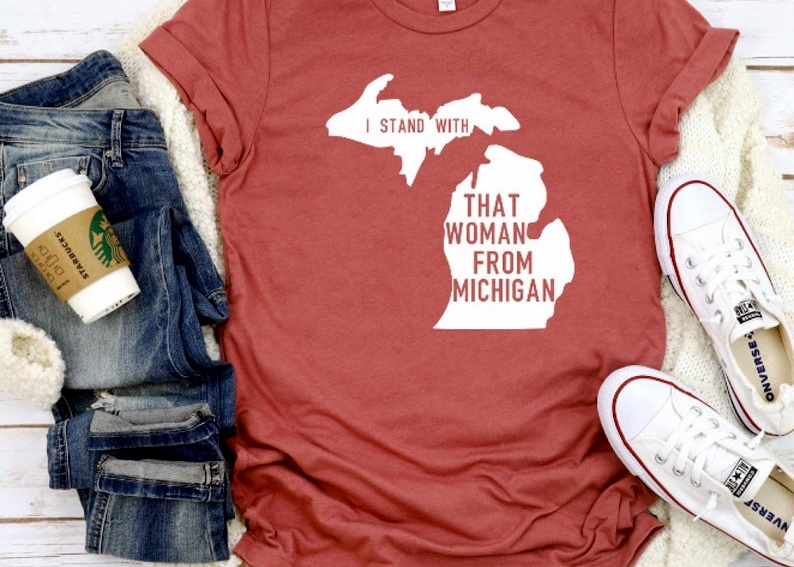 This $17 version and the $37 pullover at bottom are on Etsy at the first link below.

Savvy folks spot meme potential when they see or hear it, and canny marketers jump on slogans sure to gain traction.

That's how "Nevertheless, she peristed" flew straight from Sen. Mitch McConnell's lips to bumper stickers and streetwear in 2017 when he characterized Sen. Elizabeth Warren that way. Zip ahead three years and another Republican in Washington tags another elected Democrat in a way that becomes an instant T-shirt. 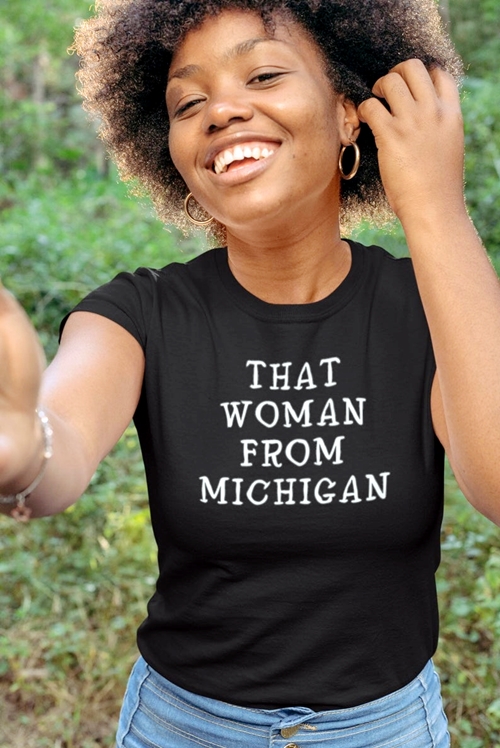 An Etsy seller called GreenMittenValley posts this $25 shirt in black or white.

President Trump referred twice last week to Gov. Gretchen Whitmer as "that woman from Michigan" after seeing her talk on cable newcasts about unanswered appeals for a federal health emergency declaration. On Friday, he said he told Vice President Mike Pence: "Don't call the woman in Michigan."

Here are a few of the rushed-to-market creations being peddled on Etsy (here and here) and by TeeDodi, an online retailer in Hawthorne, Calif., that says: "We base all of our items for sale on the most popular things we see throughout the web."

Gov. Whitmer, welcome to pop culture stardom . . . for a while, at least.