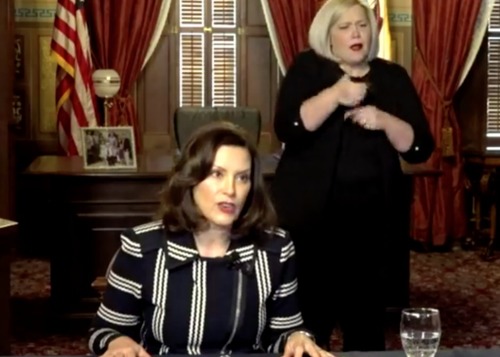 Gov. Gretchen Whitmer has called off the remainder of the school year in response to the coronavirus crisis.

Whitmer issued the executive order Thursday morning after more than a week of speculation. Teachers and staff will be paid through June.

Local districts have to move to alternative learning methods, but students who can't participate won't be penalized, Whitmer said.

Districts are ordered to come up with a plan that lets high school seniors graduate and students to advance to the next grade if they were on track to do so.

Students will be awarded credit and grades for courses taken based on coursework through March 11. Districts can require graduating seniors to take an optional final exam or other activities to test their understanding of course material or allow seniors to graduate by proving their competency in other ways.

Districts must provide high school seniors who were failing a course as of March 11nan opportunity to receive credit for the course, as determined by the district.

Remote learning capabilities vary greatly across districts and could worsen existing disparities, Whitmer acknowledged. West Bloomfield, for example, has loaned students Chromebooks for online instruction, but Detroit is unable to do that. Many people throughout the city don't have access to internet. 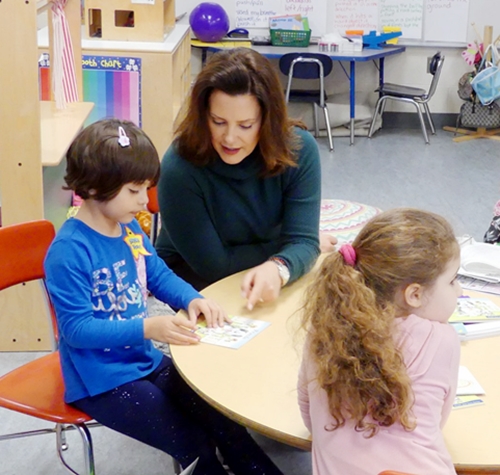 "With over 900 school distircts across the state... we know that whether you are in one part of our state or another there can be vastly different access to resources, to broadband," said Whitmer. "We recognize it's not one-size fits all, that's why it's got to be at the local level. Learning looks different for each district."

She left open the possibility for starting the fall semester early to catch students up.

Details are still being finalized, but:

According to sources and an internal House Republican memo obtained by FOX 2's Tim Skubick ...

...If the school year ends early, Whitmer is planning on having the 2020-21 school year start sometime in August, before Labor Day. Traditionally the last weekend before Michigan public schools open, several schools have previously applied for waivers to start the year earlier than the holiday.

The Detroit public school district says it will on April 14 move to a learning platform that builds on current at-home education activities, like printouts and videos for students who can access them.

“All of our school level staff will have specific roles and responsibilities to engage students and families during the closure through phone calls and the virtual platform of “Teams,” Superintendent Nikolai Vitti wrote in a statement

The district says its also working with possibile business partners to “implement a strategy to provide all Detroit Public Schools Community District families with a tablet and internet access.” The goal is to have that available at some point in May.

Formal grades will not be issued for assignments. The district is still developing a plan to allow high school seniors to matriculate and younger students to make it to the next grade.

Watch the governor's announcement below.