New state data shows 1,481 more patients diagnosed with COVID in the past day, about 470 fewer than were newly confirmed Friday. 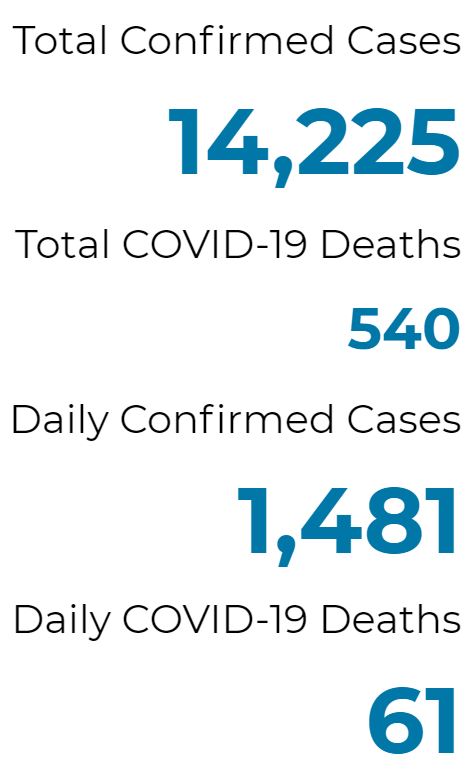 Another 781 new diagnoses are from other parts of the tricounty area around Detroit.

Metro area deaths from the lung virus rise to 472, including Detroit. The three counties, including the city, account for 87.4% of COVID deaths since Michigan counting began March 18.

► Worth noting: The statewide rate of day-to-day change in the number of cases declined significantly from an 18% rise Friday to 11.6% Saturday. That could be a one-day blip . . . or an encouraging sign, if sustained.

Not everyone counted is in critical shape or even still sick. The rolling tally since the third week of March doesn’t reflect recovered and discharged patients.

Here’s more context: Nearly 38,000 people have been tested for coronavirus, the state Department of Health and Human Services said Friday. Results came back positive for 25.7% of them -- almost 9,800. (No weekend update is posted yet.)

Saturday’s overall tally includes about 11,400 patients from Detroit and its surrounding three counties (80% of the total).

Among patients whose race is known, blacks make up 40% of statewide deaths and 34% of positive diagnoses, compared to 24% of cases and 29% of deaths for whites. (No race is designated for about 36% of cases and 26% of fatalities.)

♦ Citing a lack of social distancing by some residents, hard-hit Detroit is cracking down with stepped up police patrols at parks and the removal of basketball hoops throughout the city. More draconian measures, like a curfew and park closures, are possible. The city is the epicenter for the outbreak in Michigan, comprising nearly a third of the state's total deaths.

♦ African Americans make up 40 percent of Michigan deaths and 35 percent of positive diagnoses. The state needs a strategy to get life-saving messaging to them, writes Greg Bowens, a PR strategist and former press secretary for Dennis Archer. Check out his 12-point plan.

♦ Just how screwed are we, economically? Unemployment claims are already off the charts, even compared to the 2007-09 recession. The Freep examines possible longterm outcomes with help from economists:

Comparisons to the Great Depression are already happening.

“There is rather nervous speculation among economic forecasters about whether that previous all-time record for the worst unemployment rate ever is going to be surpassed” in the current situation, said [David Wilcox, of the Peterson Institute for International Economics].

[But he notes] there are key differences between the Great Depression in the 1930s and now. Policy makers and central bankers have more economic tools and knowledge than at the start of the Great Depression, which can help them as they work to limit the misery.

♦ Critical care beds at the VA Medical Center in Detroit are nearly full, partly because of veterans with coronavirus. Ambulances are moving some the VA hospital in Ann Arbor. (Crain's) 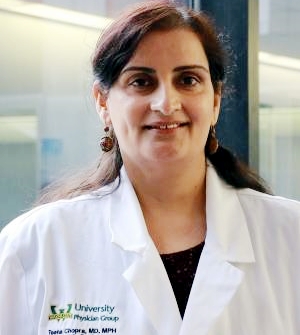 ♦ The Chaldean Chamber of Commerce and a state lawmaker are calling on the governor to halt lotto sales, saying people are congregating near machines and leaving home just to buy tickets. Whitmer is considering. The downside? State revenue losses. Michigan schools get about $1 bill per year from lotto sales. (Bridge)

♦ Quote of the day: "It [COVID] is not just a problem in health care. It is a humanitarian crisis that is spreading like wildfire in the community of Detroit. ... We need three times the resources we currently have. That's what Michigan in general is going to need and particularly Detroit." -- Dr. Teena Chopra, Detroit Medical Center epidemiology director (Crain's)

♦ Good news for boaters and light-craft recreationalists.:Boating and kayaking are allowed under Gov. Gretchen Whitmer's stay-at-home order, officials with the governor's office said Friday, overruling a state police lieutenant's earlier statement that launching watercraft was barred under the governor's edict. (The Detroit News) 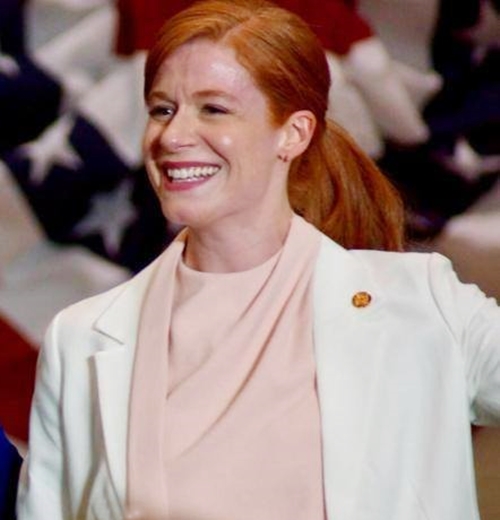 Mallory McMorrow: "Putting the lives of every Michigander at risk." (Photo: Facebook)

♦ Sen. Mallory McMorrow is uneasy about driving Tuesday from Royal Oak to Lansing to vote on to vote on a request by the governor for a 70-day emergency declaration extension. "If there was ever a time to develop and implement a contingency plan to allow the Legislature to function without gathering in person, it's now," she writes. "By not doing so, the Legislature is putting the lives of every Michigander at risk."

♦ Detroit now offers rides to the Michigan State Fairgrounds COVID-19 test site for carless residents. An optional $2 fee is requested. Detroiters can ask for a lift when making an appointment at the testing site by calling (313) 230-0505. Patients must have symptoms and a doctor's order. (Crain's)

♦ Ford Motor Co. uses idled employee shuttles to deliver meals from five Southwest Detroit restaurants without extra cost. Residents in the 48209, 42810 and 48216 ZIP codes can order from these restaurants and prepay by credit card:

♦ After employee complaints, the federal Transportation Security Administration provides N95 respirator masks for screening officers at Detroit Metro and three other area airports, a union representative says. The move comes after several weeks of requests to management for the hard-shell masks. (The Detroit News)

► The news moves fast these days. Additional updates are available in our Friday and Thursday coronavirus roundups.