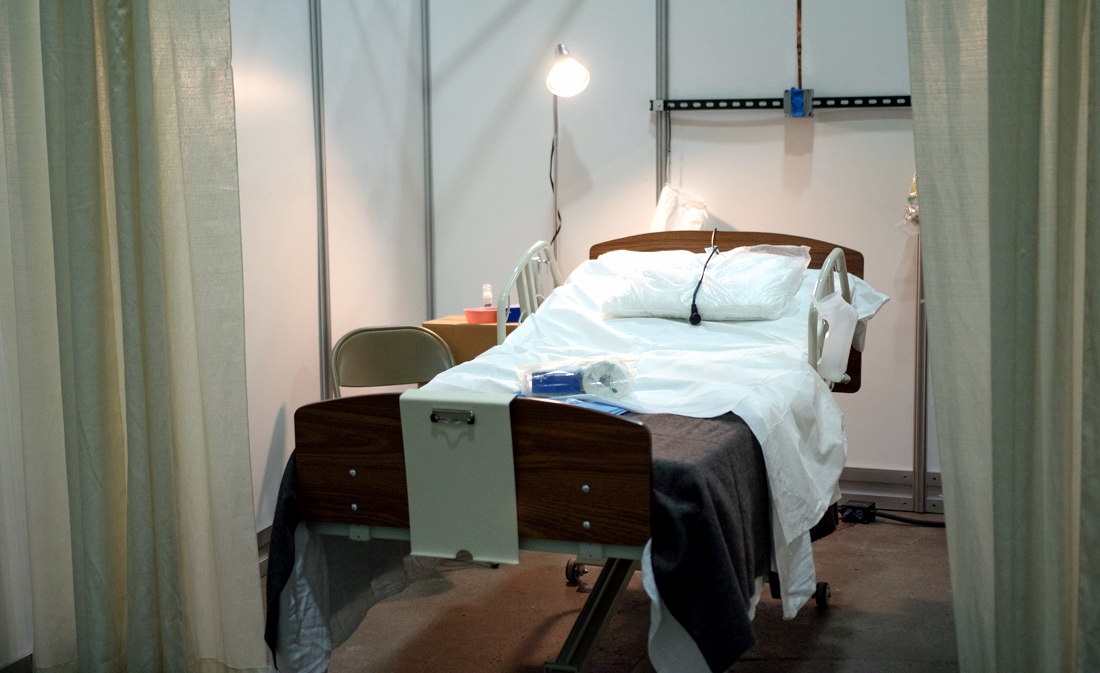 TCF Center has 1,000 of these, due to start getting occupied at the end of this week. Eight more photos by Michael Lucido are below. 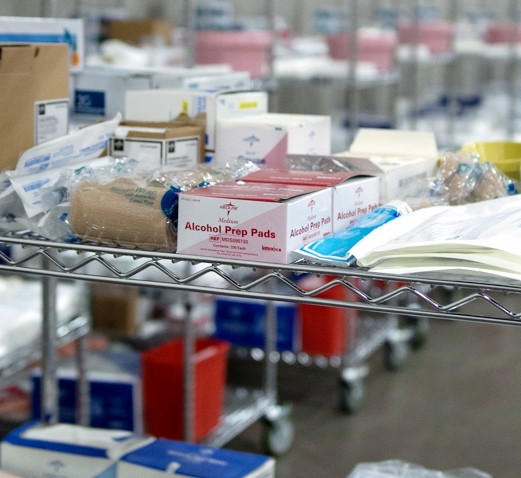 "Every corner is a grim reminder of what's coming and how many will be impacted," photographer Michael Lucido of Deadline Detroit says after a media tour Monday afternoon. "It felt chilling to know people here will be fighting for their lives."

Coronavirus patients reportedly could be transferred from filled hospitals as soon as Thursday.

The field hospital, formally called a temporary alternative care facility, was designed by the Army Corps of Engineers, built by TCF Center workers and furnished by Michigan National Guard members still moving materials. It's expected to be staffed by a U.S. Army medical brigade, as is the case at New York City's convention center. 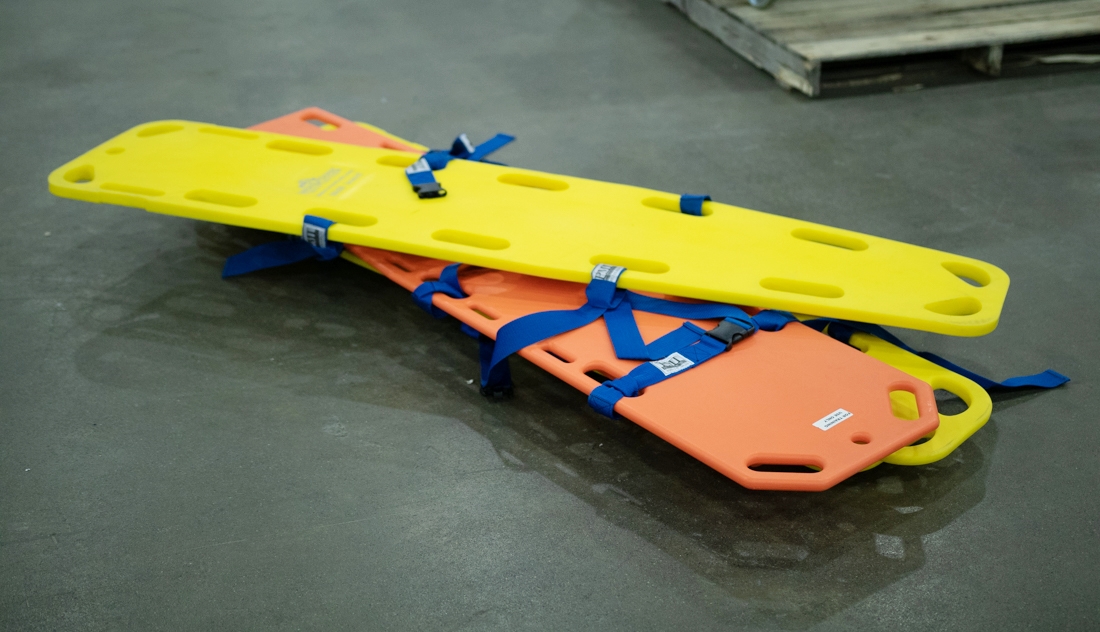 A stop-and-stare still life in the time of Covid-19. 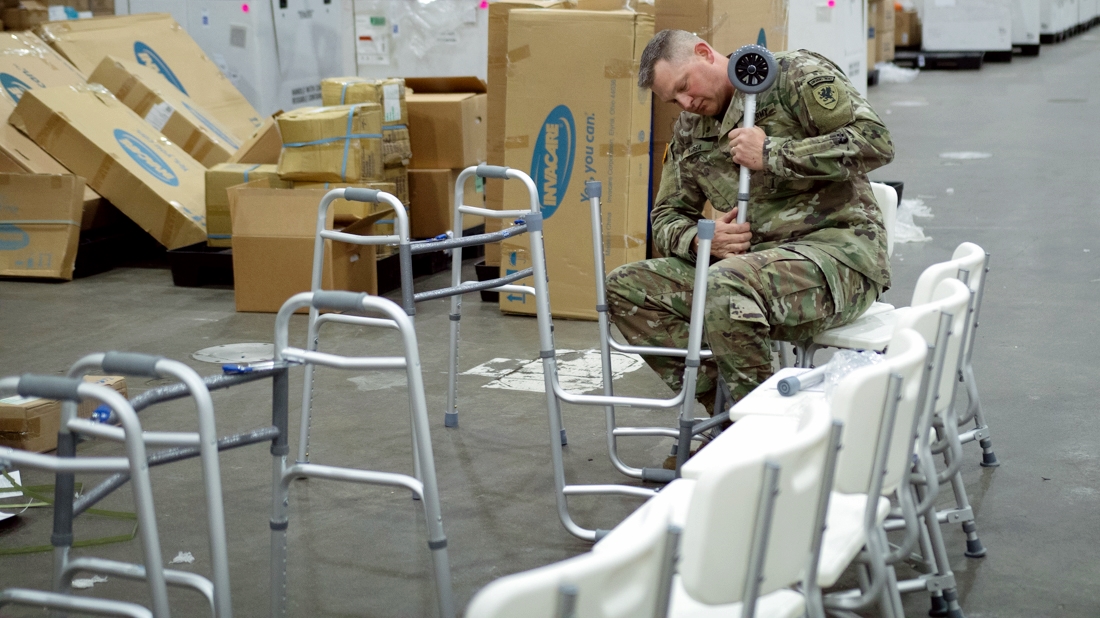 Not all military missions are dramatic, but all are vital community service. 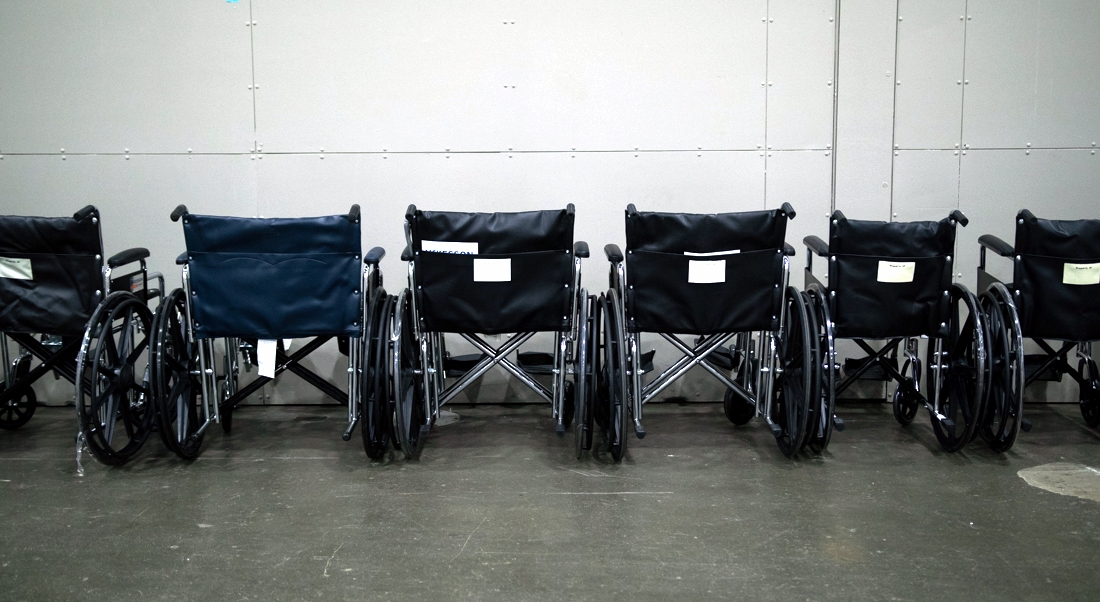 Wheelchairs are among just-delivered supplies. 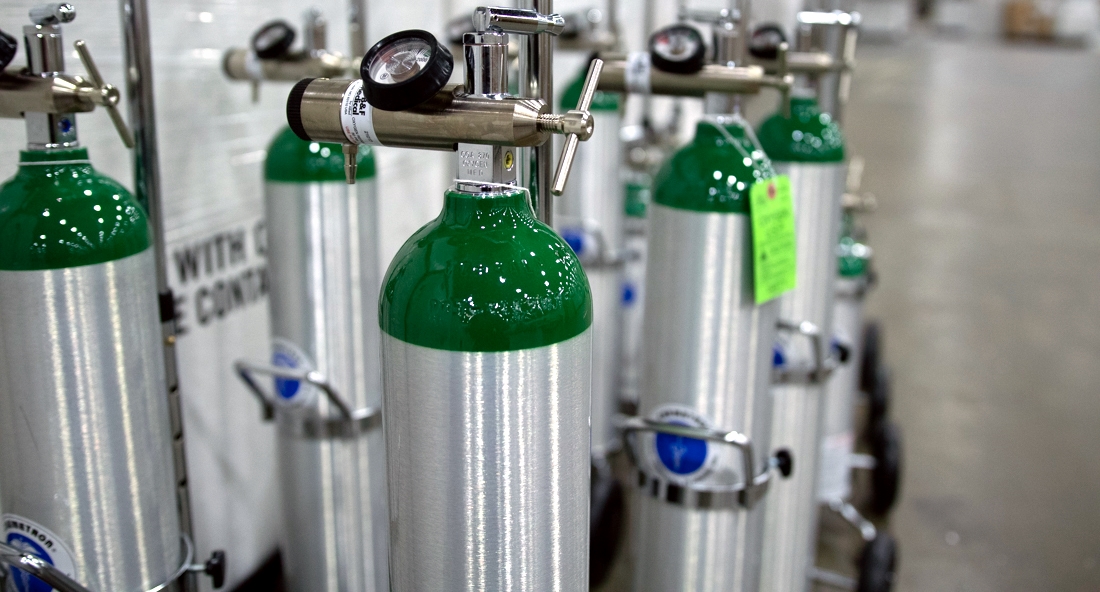 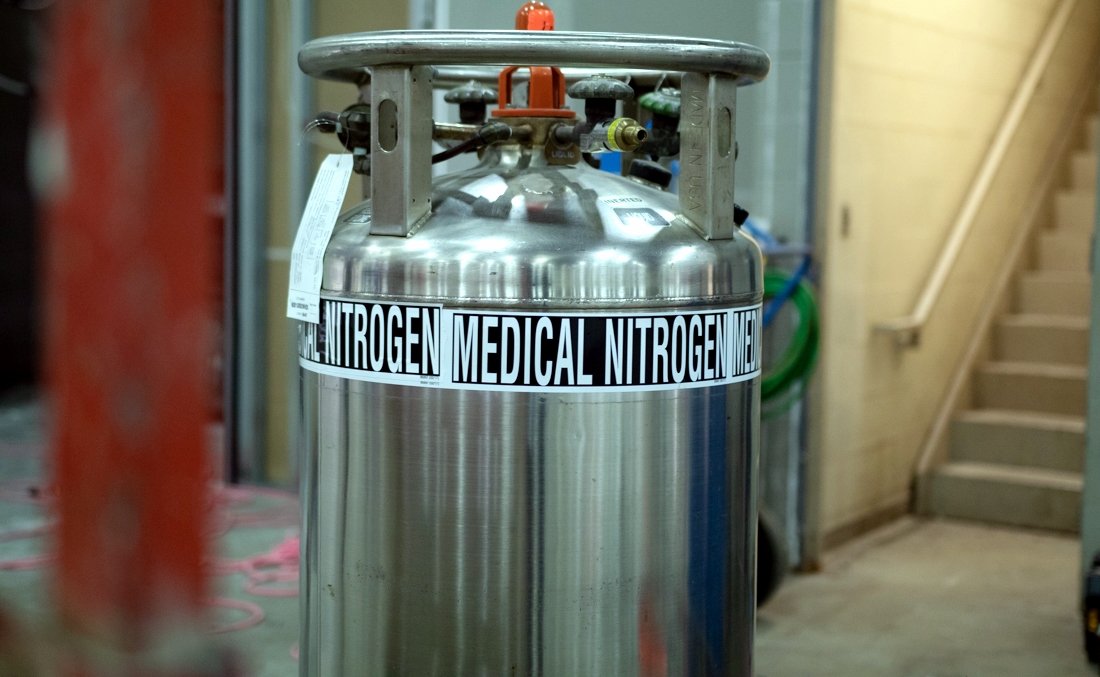 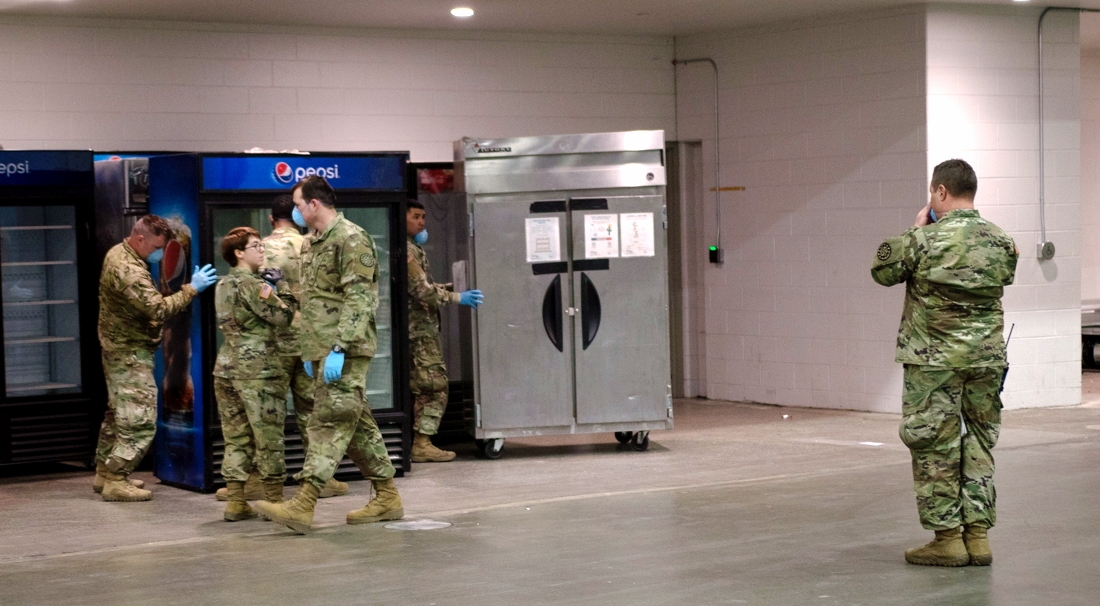 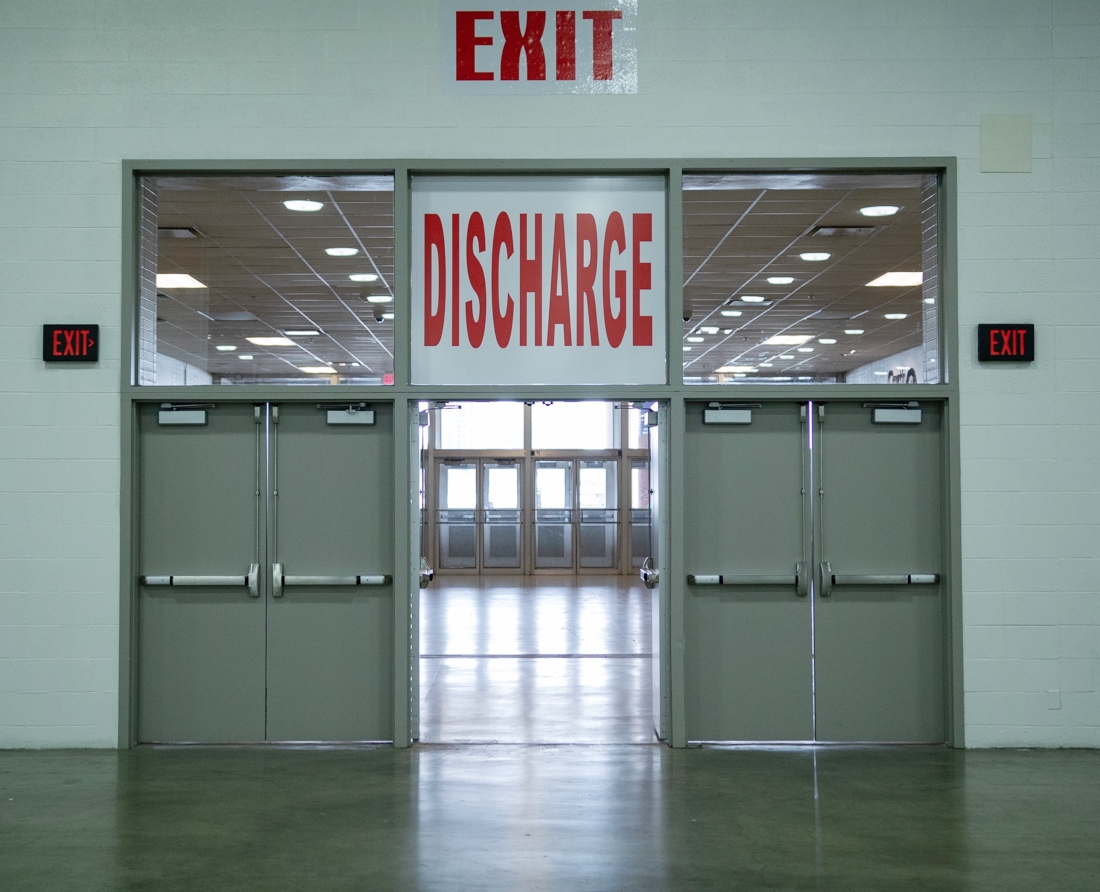 The best sight recovering patients will see at the downtown convention hall.