LeDuff: Before Biden asks Whitmer to be his running mate, he might want to look harder 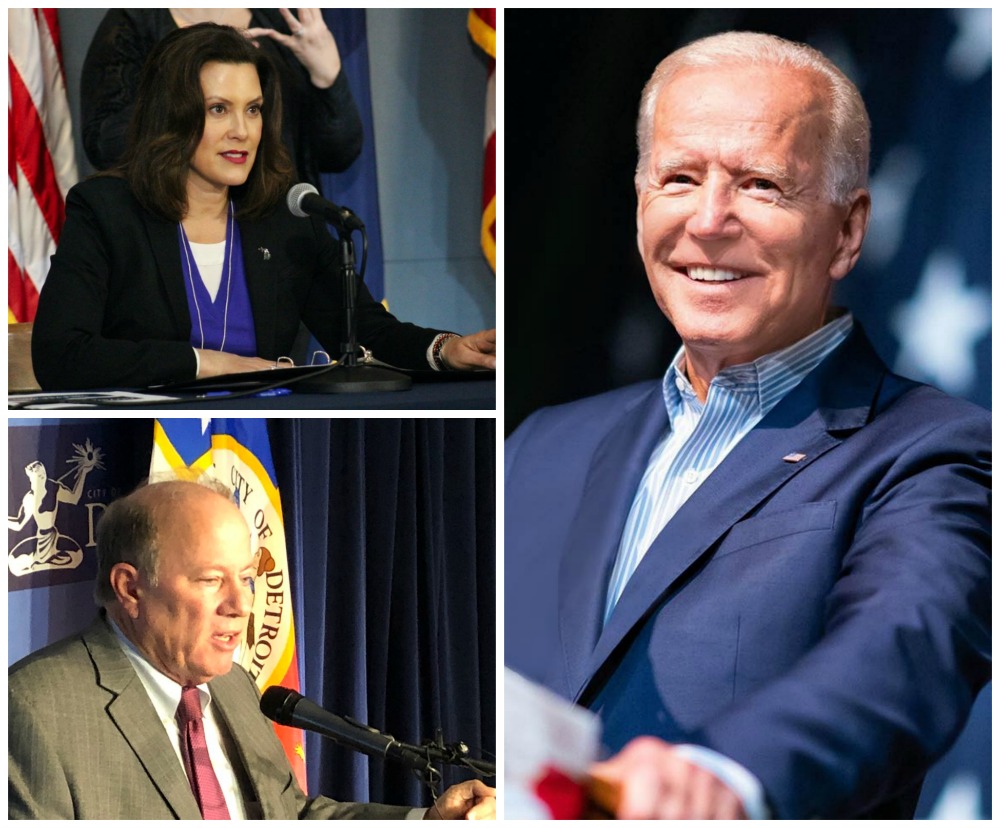 If Joe Biden insists on wading through the shallow pool of Michigan politics, he should be careful about which carp he decides to kiss.

Gov. Gretchen Whitmer, a national co-chair of Biden's presidential campaign, is said to be among the serious contenders for the VP spot.

President Trump raised her profile significantly last month by calling her “Half-Whitmer.” Within days, she was everywhere on cable news, and her approval rating here in Michigan hit 70 percent.

What a difference a month makes: after a series of missteps and overreach (you can buy Lotto tickets but not lettuce seeds) her approval rating has fallen to 57 percent and is sure to fall further with news of a no-bid contract for coronavirus testing to firms tied to Democratic bigwigs. (That contract was quickly killed following an outcry from Republicans.)

When the postmortem is conducted as to why Michigan was gobsmacked by the pandemic, results will surely show her lack of action on those coronavirus hot spots she should and does control: namely prisons, jails and nursing homes. Those fall under state oversight, and to date, it's been a case of too little, too late. This may be one reason Detroit has suffered more deaths from the disease than Texas.

And it is Detroit that will prove to be the big problem, should Mayor Mike Duggan marry himself to his old pal, Joe Biden.

Duggan, one of the first to endorse Biden, isn't very popular in some parts of the city.

Faced with a cash crunch, Duggan announced drastic cuts to the city's workforce last week. Every city employee suffered layoffs or steep pay cuts, except Duggan's bloated staff of political appointees. That 1 percent will take a paltry 5 percent pay cut. I reported last summer that he has 144 appointees making on average $142,000 a year, which totals 2 percent of the entire budget. Not a popular thing when you're asking the police to give back a scheduled 2.5 percent raise.

And then there is a matter of a spiraling crime wave. While cities worldwide report a dramatic drop in violent crime during the global lockdown, Detroit's murders actually increased 10 percent and non-fatal shooting climbed a whopping 50 percent. For the year to date, murder and shootings are both up an alarming 40 percent over last year.

The local press does not report that. It should. The streets were out of control before the sheltering order and mass layoffs. Expect things to get worse as temperatures and unemployment rise.

Finally, someone should tell Joe about the little matter of the federal demolition criminal investigation. It appears to be coming to a head. Contractors have lawyered up, and Duggan has completely shut down the demolition program because of budget concerns after more than a half billion dollars had been squandered.

Federal investigators are soon expected to release a report as to whether contractors used contaminated dirt to fill holes where houses once stood, as city hall turned a blind eye.

Poisoned dirt is not likely to be popular among a population ravaged by the Covid-19 disease, a pandemic aided and abetted by a slow and inept government.

Beware, Joe. I know this place and these people. And trust me when I tell you, it's going to be a long hot summer in Michigan.