Tragedy was averted Tuesday night after a pit bull attacked a 1-year-old boy on Detroit's west side. Adults walking with the child were able to pull the dog off before it could seriously maul him. 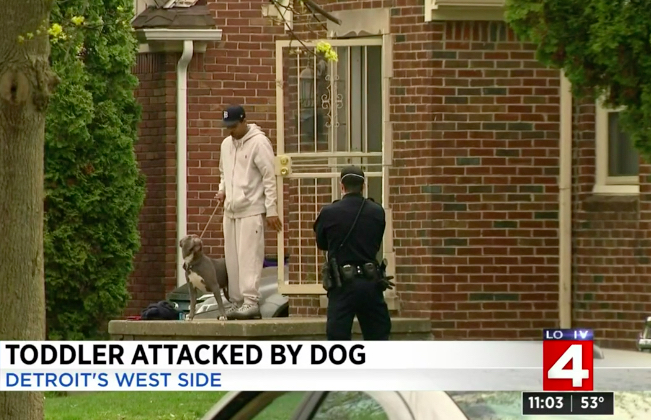 A pit bull that attacked a boy is taken from the owner's west-side home. (Photo: WDIV video)

The dog's owner was arrested, and the dog taken away by animal-control officers.

WDIV reports that the child will be hospitalized overnight, but is expected to recover from bites on his head and neck. One of the two adults received bites to his arm.

Two Metro Detroit children were killed by pit bulls last year. Emma Hernandez, 9, was set upon by three dogs as she rode her bike in a Southwest Detroit alley last August. Four-year-old Benjamin Cobb died in October, after an attack by a pit bull his family was sheltering for a family friend.