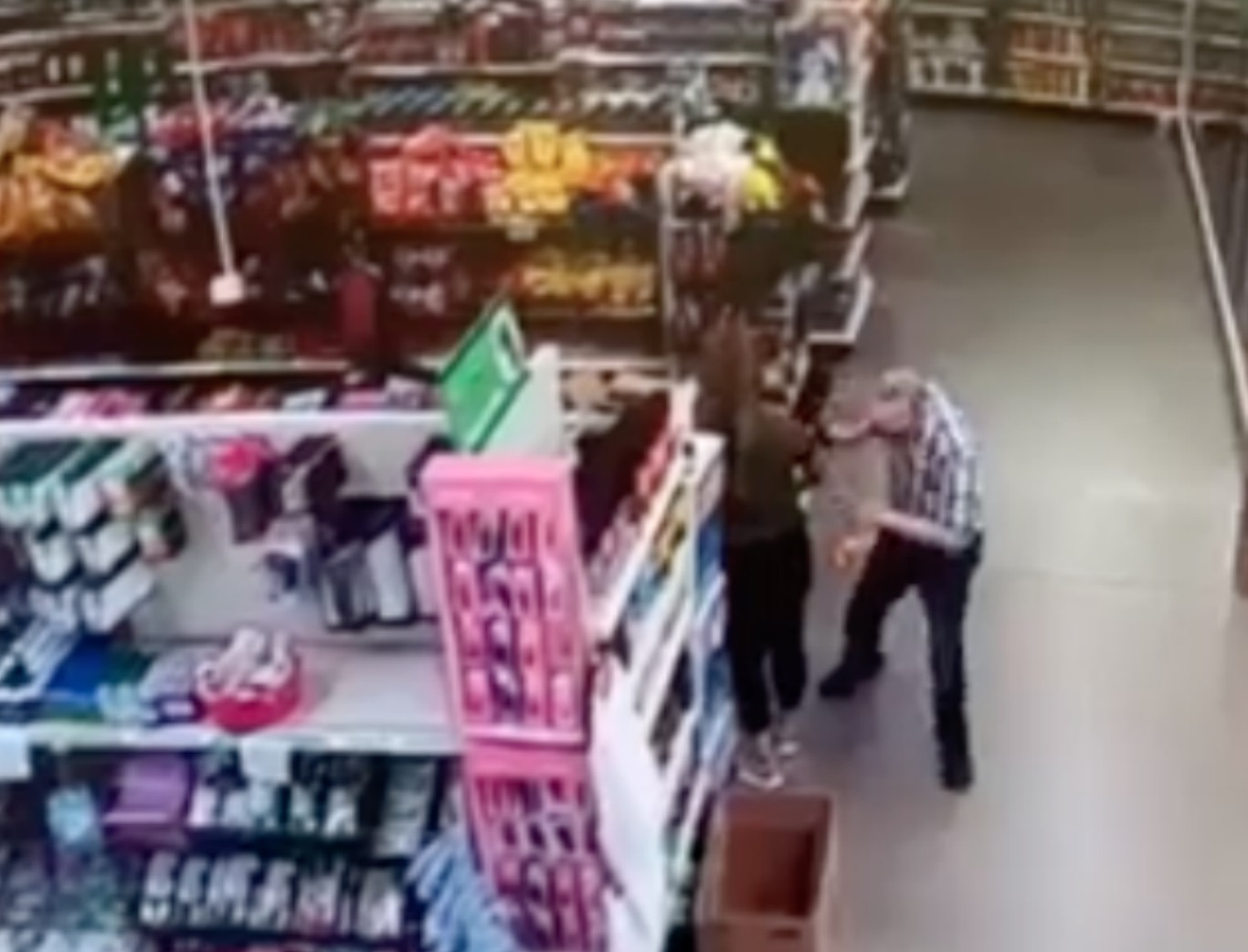 Update, 7:15 p.m. Tuesday:  Rex Gomoll, 68, is behind bars for now, charged with misdemeanor assault and battery for allegedly wiping his nose and face on a Dollar Tree employee's shirt in Holly after she asked him to wear a mask, WXYZ reports.

He was arrested Monday night and is expected to be arraigned Wednesday.

Holly Police in northern Oakland County are searching for a Dollar Tree store customer who wiped his nose and face on an employee's shirt after she asked him to comply with store policy and wear a mask.

The incident was captured on video. (See below)

"You physically grab someone and wipe bodily fluids on them; whether or not we're dealing with Covid, that's still assault," he said. He said the man could face a felony charge if it ends up he's infected with the virus.

The incident happened around 1:30 p.m. on Saturday at the Dollar Tree store on North Saginaw Street.

The clerk told the man that it was store policy for all customers to wear a mask to enter the store as stated on signs posted on the entry doors.

Instead of complying, police say the man walked over to the clerk and wiped his nose and face on her shirt telling her: "Here, I will use this as a mask."

Afterward, the man continued to be loud and disruptive inside the store before leaving in a white van with a siude window van, a press release said. The vehicle may be a Ford.

Chief Narsh said the man had the option of shopping elsewhere if he didn't agree with the policy.