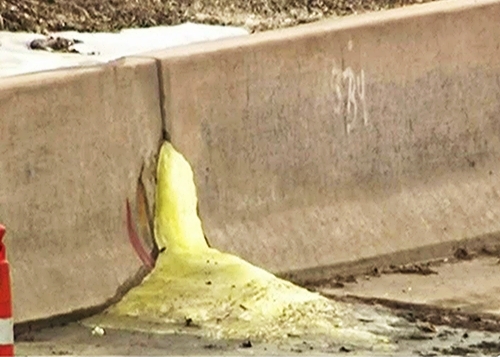 Thin the prison population, they said. Not doing so will lead coronavirus to spread.

To be sure, they were right. But as the federal government heeds warnings, we have word of some possible collateral damage: The man said to be responsible for the toxic green ooze that appeared along I-696 near Madison Heights last year is headed home.

Gary Sayers, who is serving a one-year sentence for illegally storing hazardous materials, is among the more than 2,000 federal inmates to be release on home confinement as the prison system responds to a Covid outbreak in its facilities, WXYZ reports. He's currently being held in West Virginia

Sayers owns the Madison Heights business authorities say caused groundwater in the area to become so contaminated it appeared on the freeway was bright green ooze. Materials stored at his Electro-Plating Services building included the carcinogen hexavalent chromium.

Environmental officials are still working to clean up the area, WXYZ reports.