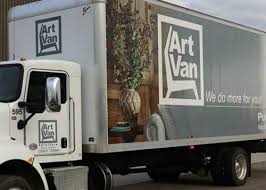 The stores, including branches in Royal Oak, Livonia and Warren, may reopen under a new name and rehire some former employees. The buyer is a company run by US Assets Inc., based in Dallas.

JC Reindl of the Freep reports:

A U.S. bankruptcy judge late last week approved the $6.9-million deal, which includes 10 additional Art Van and Levin and Wolf furniture locations outside Michigan. The sale is expected to close sometime this week and, altogether, involves the purchase of inventory and assets for 27 leased store locations in six states, according to court documents.

The deal doesn't include those stores' real estate, most of which was sold off in 2017 as part of the Van Elslander family's $612.5 million sale of their metro Detroit-based furniture company to private-equity firm Thomas H. Lee Partners of Boston.