Michigan Prisoner: Covid Could Be Death Sentence We Don't Deserve

The author is a state inmate who was convicted of murder and armed robbery in the 1980s. His earliest chance for parole is 2038.

Michigan has at least 56 prison deaths from Covid, the most of any state.

Covid-19 hit the Michigan Department of Corrections like a quiet storm feasting on women and men who have already been buried alive. Yes, we all are guilty of committing some type of crime, but I ask the question: Can we be considered for forgiveness like the American Government that has committed one of the greatest crimes against humanity?

I am referring to mass murder. I WANT TO LIVE AND NOT DIE … WE ALL DESERVE TO LIVE AND NOT DIE! But because of this quiet storm called Covid-19, we all share a possible death sentence! Is our humanity not valuable enough for us to be removed from society and face this death sentence? We are grandfathers, grandmothers, husbands, wives, fathers, mothers, brothers, sisters, sons and daughters, not mere “criminals” as you would characterize us. 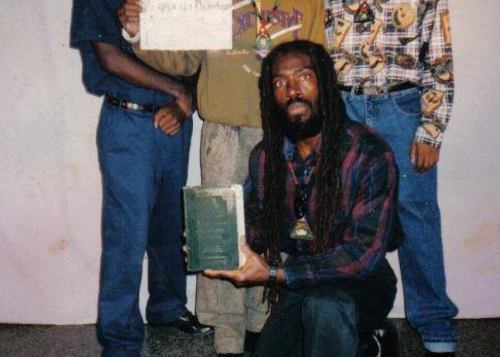 I take responsibility for what put me here; I also take responsibility for others that are here with me. We are not the same women and men that brought us here; we have done the work of transforming and redeeming ourselves in an environment where rehabilitation is a damn joke. To the prison administration, I am 178539 residing on the plantation called Saginaw Correctional Facility; I, like many others, deem prisons a plantation because that is what the 13th Amendment dictates:

"Neither slavery nor involuntary servitude, except as a punishment for crime whereof the party shall have been duly convicted, shall exist within the United States, or any place subject to their jurisdiction."

Is this why society turns a blind eye because we are nothing more than “modern-day slaves”? It has been cited in the media that over 1,700 prisoners have been confirmed positive with the coronavirus in a prison population consisting of 38,000 prisoners.

I am Ahjamu Khalifah Baruti. I am 64 years of age, and I have been confined to prison, going on my 36th year in the MDOC. I am also the father of Yusef “Bunchy” Shakur, who served 9 years in the MDOC; who has been home over 19 and half years.

My son, like many others, has shattered many myths and stereotypes that have faced formerly incarcerated men and women upon being released to a society that was (and still is) unforgiving.

I would hope their contribution will influence you and provide a reason for why many of us who are incarcerated deserve a second chance…. WE DESERVE TO LIVE AND NOT DIE AND – NOT BE WAREHOUSED LIKE SARDINES, WAITING TO BE THE NEXT VICTIM OF Covid-19! We deserve to either be set free or provided better care so we don't die from this virus.

William Garrison, an inmate, DERSERVED TO LIVE! Yet because the MDOC refused to act with human compassion for him, HE DIED.