Opinion: My Bullhorn, Their Rifles -- the White Privilege of Michigan Protesters

The author is a community activist and head of All God's People Church in Roseville. 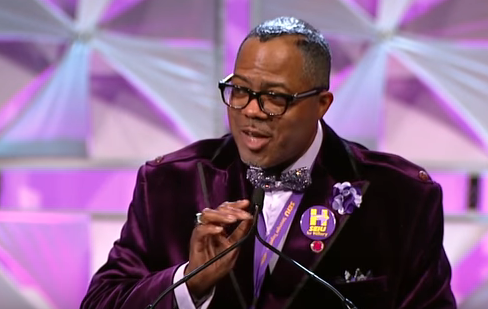 As a longtime activist, I understand and respect the right to gather and protest. What I don't understand or endorse is the select way it is allowed and supported.

Michigan patriots who claim to be fighting for freedom from Gov. Gretchen Whitmer's stay-home orders have been repeatedly allowed to gather with possibly loaded weapons designed for mass destruction at and inside the state Capitol.

Interestingly, I can recall our group not even being allowed to bring signs or bullhorns into that building to express our opinion on issues with far greater impact on the communtiy. I don't get the connection between bearing arms and not wanting to stay home, but their disruptive presence raises many concerns.

The first is that they are obviously in direct opposition to public safety and health. The governor has put in place guidelines designed too keep our state safe and healthy during this time in which the virus has killed more than 4,800 of our fellow Michiganders. Gathering without masks and social distancing is exactly what will keep us confined longer.

Next, these acts continue to highlight the difference in how race defines how we are treated, reacted to and tolerated. If a large group of black "activists" showed up on the steps of the Capitol armed and defiant, I can almost guarantee there would be mass arrests and accusations that those gatering were "violent and unruly" and somehow presented a "public threat." 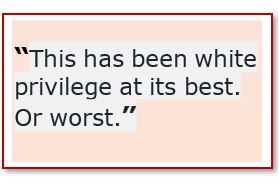 Shouting in the face of a Michigan State police officer, wielding an ax and putting fingers on triggers of loaded weapons would have never been tolerated if it involved black people.

This is why this has been white privilege at its best. Or worst.

How this has emerged and been handled continues to shine a light on the racial inequities that we live with every single day. By "we," I mean black people. The rules that apply to us are different, as are our realities.

Ideally, these "patriots" could embrace a cause that would have far-reaching social and economic impact on everyone, regardless of race or political affiliation: Issues like:

If they just want to oppose government, they surely missed the opportunity when Gov. Rick Snyder mishandled the Flint water crisis that has proven fatal, and continues to cause health challenges.

The pandemic has put us all in places that we've never been. It's scary and creates anxiety and uncertainty. But it does not justify acceptance of unacceptable behavior, or defiance simply to voice opposition for opposition sake, or to denigrate a governor who seems to be acting in the best interest of all Michigan's citizens. We all want to be healthy. We all want to get back to work.

And while everyone deserves a right to protest their agenda, I can only conclude that bullets for some demand a different reception than bullhorns by others.