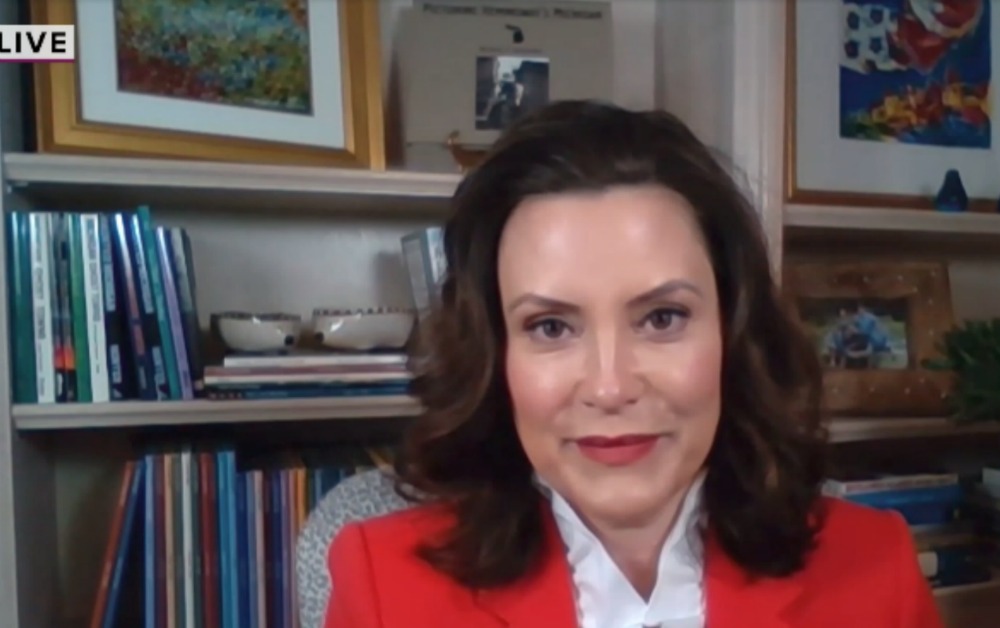 Gov. Whitmer on The Today Show

Michigan Gov. Gretchen Whitmer, repeatedly mentioned as a vice presential prospect, said Tuesday on NBC's "Today Show" that she's had a converation with Biden presidential campaign aides about the No. 2 spot.

But she tells host Craig Melvin it was simply an "opening conversation," and did not consider it a "professional, formalized vetting."

"The fact of the matter is all of my engergy is going into helping my state through this crisis," she said.

But moments later she said she's "making a little bit of time to stay connected to the campaign."

Whitmer was elected in November 2018 as part of a blue wave in Michigan.

.@CraigMelvin asks MI @GovWhitmer about being a possible choice as vice president on #JoeBiden's ticket.

"I'm making a little bit of time to stay connected to the campaign but the most important thing I have to do right now is be the governor of my home state." pic.twitter.com/pEJC6XvEkJ