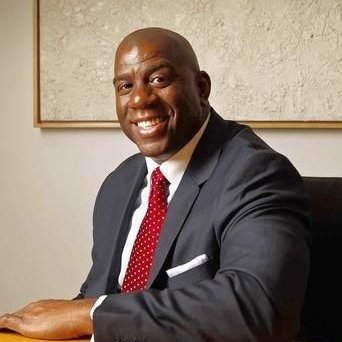 Magic Johnson: "They can't just walk into the bank and get that loan.: (Photo: Twitter)

“What we’re launching here now is so important because we’re going to save a lot of small, minority businesses because they can’t just walk into the bank and get that loan,” Johnson, a former Los Angeles Laker  tells The Wall Street Journal.

EquiTrust, which is majority owned by Magic Johnson Enterprises, will partner with MBE Capital Partners, a Fort Lee, N.J., based nonbank lender that specializes in financing minority- and women-owned companies, to offer Paycheck Protection Program loans, the Journal reports.

Johnson was concerned after seeing news reports of the struggle many small borrowers faced in applying for loans after the Paycheck Protection Program launched on April 3.

Johnson’s former team, the Los Angeles Lakers, is among recipients of government loans, The Journal notes. The team returned the funds after public criticism.

Johnson, 60, grew up in Lansing and was a star at Michigan State University from 1977-79 before being drafted by the Los Angeles Lakers. He played for the Lakers for 13 seasons. He has since gone on to be a successful businessman.