In blow to ‘right to read,’ full appeals court will pick up Detroit literacy suit

A federal appeals court will undertake a rare review of its own judges’ opinion in the Detroit literacy lawsuit, upending the notion that students have a Constitutional right to read. 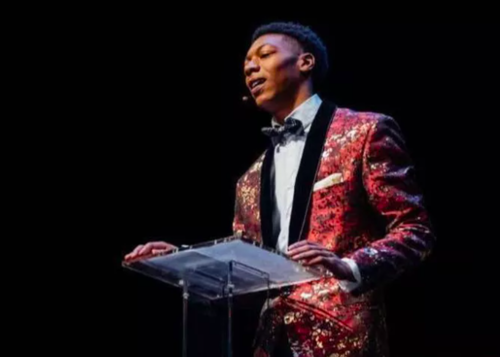 A majority of judges on the Sixth Circuit Court of Appeals voted to rehear the lawsuit, Gary B. v. Whitmer, which was decided on April 23.

In 2016, seven Detroit students sued the state of Michigan, alleging that Michigan’s interventions in the city’s schools caused awful conditions that prevented students from becoming literate — a Constitutional right, their lawyers argued.

That opinion is now vacated and 16 active judges on the court will reconsider the case, which sought to hold Michigan accountable for the condition of understaffed, crumbling, rodent-infested, under-resourced schools in Detroit.

This procedure, called an “en banc” hearing, is rare. While it normally involves a full rehearing of a case, Sam Bagenstos, a law professor at the University of Michigan, said that likely won’t happen because the parties have already settled. However, he said, the court effectively overturned the right-to-read precedent by initiating the process.

“The panel opinion [which held that there is a right to literacy] is still there for people to read, but it’s not precedent anymore,” he said.

That will make it harder for students in the Sixth Circuit, which includes Michigan, Ohio, Kentucky, and Tennessee, to sue their state governments if their schools are in poor condition.

Jamarria Hall, one of seven Detroit students who brought the lawsuit, said the decision is disappointing, but that the fight for better schools isn’t over.

“We have to continue to fight, that’s all we can do,” he said. “If we don’t fight for ourselves, who will?”

Gov. Gretchen Whitmer reached a settlement last week with the students who brought the lawsuit, promising to pursue legislation that would bring $94.4 million to the Detroit Public Schools Community District. The settlement also includes $2.72 million for the district and $280,000 to help the seven plaintiffs continue their educations.

Mark Rosenbaum, the lead attorney for the plaintiffs, said Tuesday night that the decision won’t impact the settlement. But he’s disappointed about the impact it could have on the precedent that was set by the earlier ruling that there is a right to literacy.

“It’s a historic, well-reasoned decision,” Rosenbaum said. “It’s disappointing that those who are leading the charge against the decision are precisely those who abandoned the kids of Detroit and are responsible for the state of the schools.”

For advocates like Helen Moore, the celebration of the ruling was short-lived. Although the courts’ decision to rehear the case is devastating, it has not quelled Moore’s determination to demand students’ basic right to literacy.

“We are going to fight until we win again, if it takes the rest of our lives,” she said. “It’s on.”