'A petulant child:' Those women from Michigan vs. Trump draws national attention

This week brings vivid confirmation, needed or not, that Michigan is a presidential campaign bullseye again.

The Republican dreaming of a second term tossed Twitter darts at three Democratic women who won statewide office in 2018 -- the governor, the attorney general and the secretary of state. (Lt. Garlin Gilchrist may feel snubbed.) 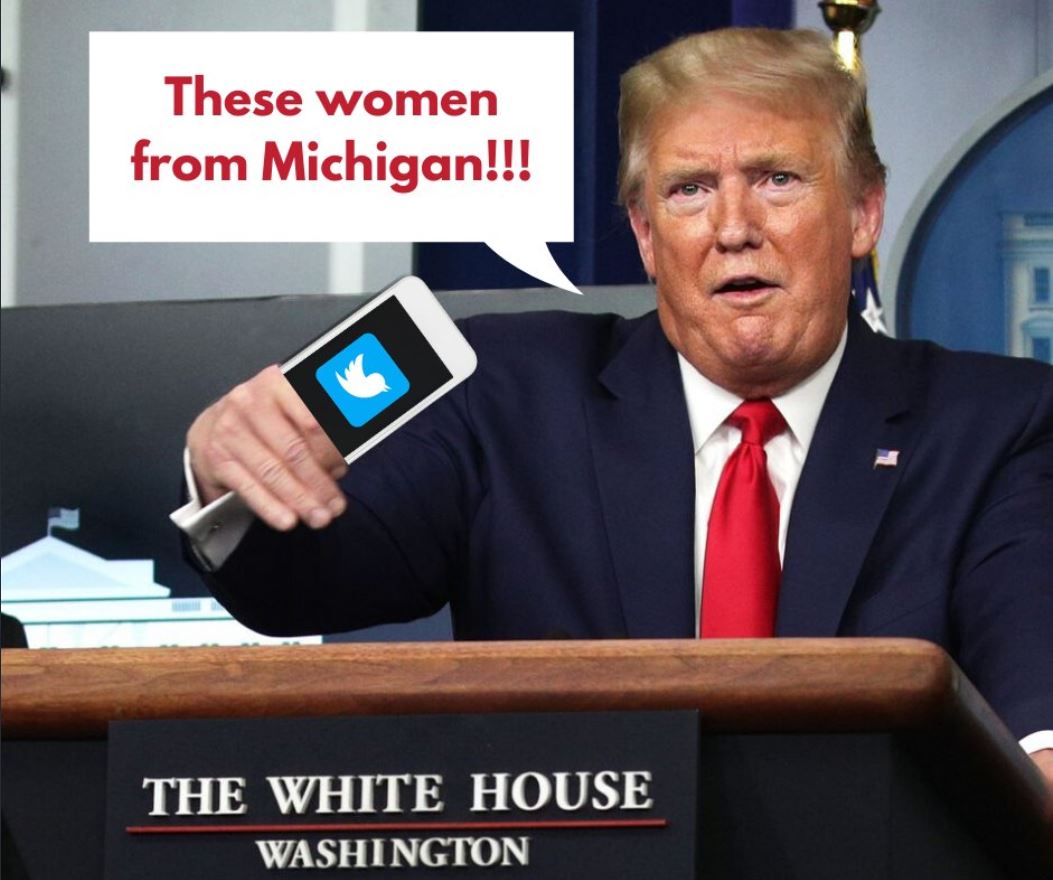 President Trump slaps Secretary of State Jocelyn Benson for deciding to mail absentee ballot applications to all registered voters as a health-safety option. His reaction Wednesday: "I will ask to hold up funding to Michigan if they want to go down this Voter Fraud path!"

That same day, he ended a tweet about military and FEMA support during Midland's flood by saying: "Governor must now 'set you free' to help'" -- a shot at Gretchen Whitmer's stay-home emergency orders designed to limit Covid's spread.

And on Thursday, a presidential tweet called Dana Nessel "the Wacky Do Nothing Attorney General of Michigan" after she criticized him for shunning a mask during most of a Ford plant tour in Ypsilanti.

It was a trifecta of insults, and the three Michigan targets jab back.

Also, hard to say I've "done nothing" as AG with all the lawsuits myself and the other @DemocraticAGs have filed and won against you. 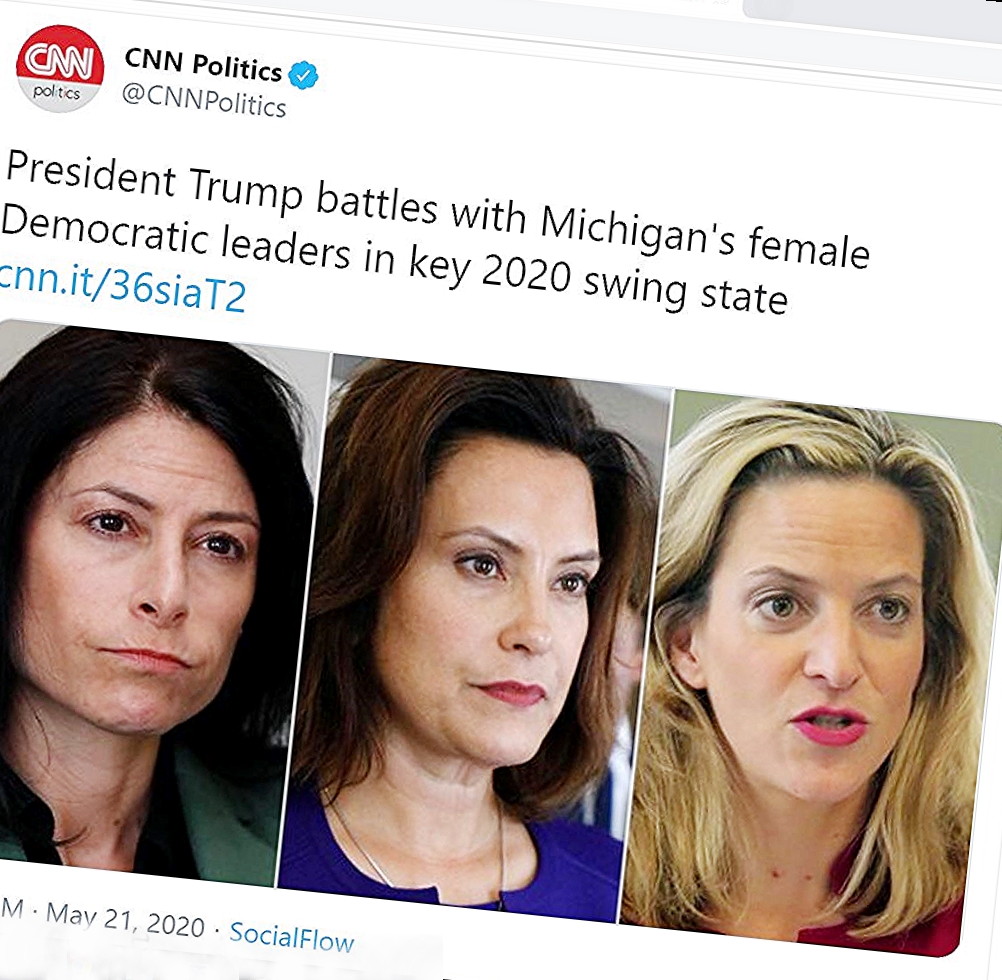 Echoes reach beyond the state. The clashes prompt coverage by The Washington Post and CNN, where national politics reporter Erid Bradner posts:

How voters react to their clash could be central to the outcome in November in Michigan, which -- along with Pennsylvania and Wisconsin -- could decide the presidential race. ...

Whitmer, who spoke on the phone with Trump Wednesday, told CBS on Thursday: "Threatening to take money away from a state that is hurting as bad as we are right now is just scary, and I think something that is unacceptable."

Benson, the state's top elections official, has also lambasted Trump's comments about voter fraud, noting that Republican elections officials in states like Georgia, Iowa and Nevada have also made moves to expand mail in voting in their states. "To me, it is also a reflection of what will be happening in our state in the months ahead, which is an effort to misinform and confuse voters about their rights in the state," Benson said on MSNBC Wednesday night. "We see it happening nationally, we've seen it happening in various different forms. We anticipate this is just going to escalate in the months ahead." ...

Trump also has attacked Whitmer, a first-term governor who is expected to be in consideration for the Democratic vice presidential nomination, in personal terms over her criticism of his handling of the coronavirus pandemic.

"The president is like a petulant child who refuses to follow the rules [requiring masks]. This is no joke. He is a ridiculous person, and I am ashamed to have him be president of the United States of America I hope that the voters of Michigan will remember this when November comes.

"That he didn’t care enough about their safety, he didn't care about their welfare, he didn't respect them enough just to engage in the very simple task, the painless task, the easy task of wearing a mask when he was provided one. I hope that we’ll have a new president soon enough who does respect people more than this president does."

The back-and-forth also draws attention from Boston College historian Heather Cox Richardson. "There is a lot encompassed in these tweets," she writes in a daily newsletter.

Trump is running behind presumptive Democratic nominee Joe Biden in virtually every poll, and Michigan is crucial to his reelection prospects. ...

It also reveals the sort of quid pro quo that was at the heart of the Ukraine scandal. His threat to withhold money from Michigan ... echoes his request of Ukraine President Volodymyr Zelensky that he announce an investigation into Joe Biden’s son before getting the military support Ukraine so desperately needed. It reiterates his view of governance as merely a series of deals with a winner and a loser, a zero-sum game, rather than as an arrangement that should benefit everyone."

Back in Lansing, Whitmer on Friday morning shows sisterhood and political solidarity:

It feels like the perfect moment to remind @dananessel and @JocelynBenson how grateful I am for their dedication and hard work, and how proud I am to serve our state with them. These women from Michigan are the best of the best!