Kim LaSata and Adam Hollier have served in the state Senate since 2019, are Michigan natives and have master's degrees. That may be the only ways they're alike.

She's a Republican from Berrien County in West Michigan and he's a Democrat from Detroit. She wants pandemic restrictions on commercial activity lifted now in her area and some others, while he backs Gov. Gretchen Whitmer's six-stage approach. 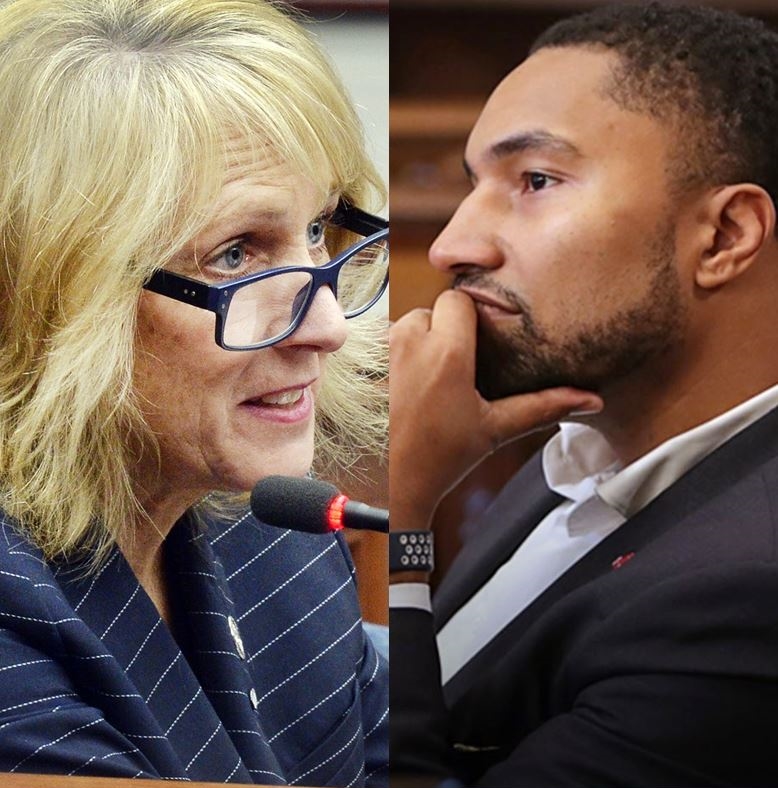 That latter difference led to a testy exchange at a committee meeting Thursday, as Allison Donahue describes at Michigan Advance:

The tensest moment came when Sen. Kim LaSata (R-Bainbridge Twp.) argued areas outside of hardest-hit Southeast Michigan should reopen, despite a continued rise in Covid-19 cases and deaths in many areas in the state.

"... The disease isn’t killing them. You know, not letting them get back to work, and work safely, is killing them. I know specifically two individuals who have died from suicide. I am tired. … I am not Detroit," LaSata said.

The comment came during the [Joint Select] Committee’s questioning of Department of Labor and Economic Opportunity Director Jeff Donofrio, in which he answered questions centered around unemployment, regulations and business requirements.

Sen. Adam Hollier (D-Detroit) raised concerns over the comments made by LaSata, calling them offensive.

"I represent a community that has a very real, large number of deaths associated with this crisis," he said. "So for you to talk about your reality is perfectly fine, but to consistently scream that you are not Detroit is offensive and I would appreciate it if you would not do such things in committee."

Hollier, a Realtor at City Living Detroit, is the son of a former social worker and a former Detroit Fire Department captain, according to his legislative biography. It also says he "was born and raised in the North End of Detroit, where generations of his family have lived since the 1940s."

Shortly after the meeting, he vented frankly on Twitter about "how frustrating it was."

It's EVERYBODY against #COVID19 & it doesn't discriminate. pic.twitter.com/Po9ZSKbHZZ

In a reply, state Sen. Stephanie Chang, another first-term Detroit Democrat, comments: "We are tired of the dismissiveness of COVID-19's very real impact in our region. The thousands of Michigan lives lost to COVID-19 matter. And yeah, we all know what calling this a'"Detroit' problem is code for."

From Royal Oak, Sen Mallory McMorrow -- also a Democrat elected in 2018 -- calls LaSata's remark "dangerous" and "the exact rhetoric that has held our region and state back from our potential for decades." Her tweet adds: "It's also simply counterproductive. Come with ideas and solutions for a crisis that affects *everyone*. We have a job to do."

Donahue posts that LaSata’s office didn't respond to a request for comment.