A 43-year-old woman really could have used a Garmin or other navigation aid while driving in Port Huron the other day. She mistakenly turned toward the international bridge and into handcuffs.

The wrong turn was more than an annoying inconveniece because veering into a federal inspection lane in this situation is risky: 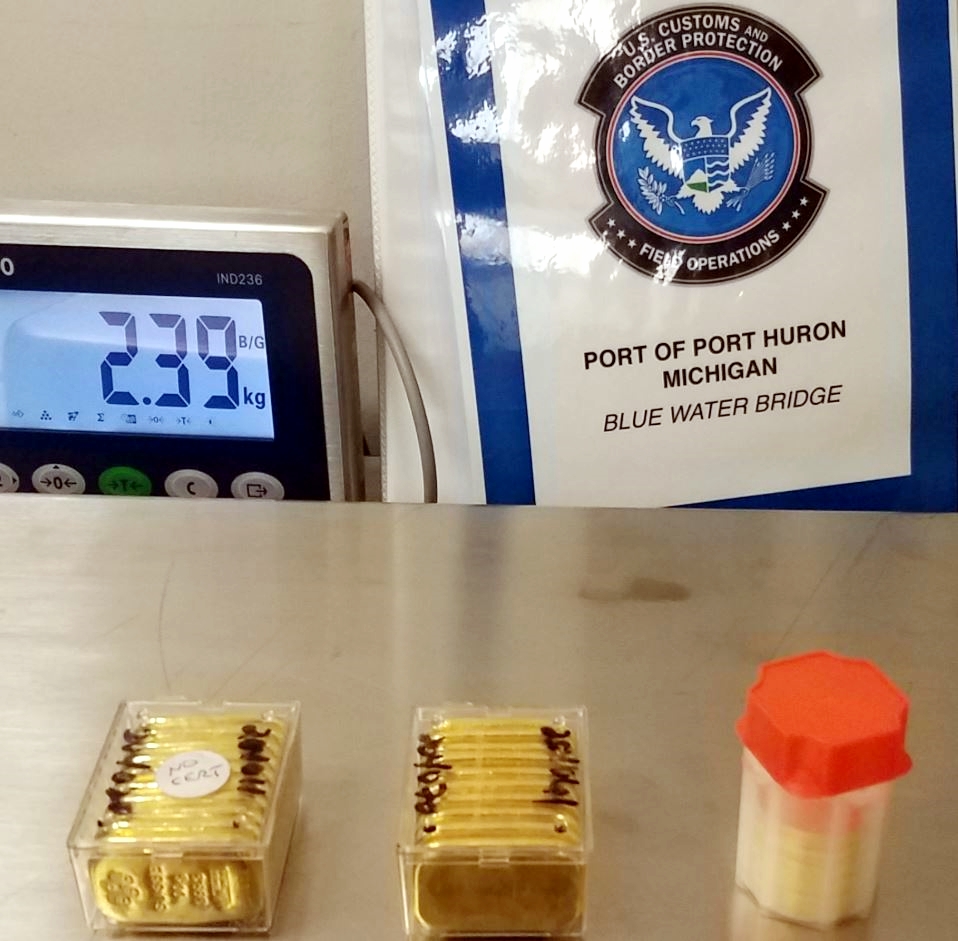 Those details are from a U.S. Customs and Border Protection (CBP) news release, which describes the epic error by an unnamed visitor from Eaton County, which is between Lansing and Battle Creek:

The incident took place on May 21, when the driver ... made a wrong turn and ended up on the Blue Water Bridge in Port Huron. After turning around on the bridge, the driver presented herself to a CBP Officer for entry back into the United States.

While conducting a primary inspection on the driver, a system query alerted to the vehicle being driven as stolen.

CBP officers immediately took her into custody without incident and conducted a search of the vehicle that resulted in the discovery of gold bars weighing over five pounds, along with 30 grams of marijuana. ...

Customs and Border Protection officers turned custody of the female driver, the stolen vehicle, gold and marijuana over to Michigan State Police.

The weed, weighing about an ounce, is legal because adults can have up to 2.5 ounces in a vehicle under state law. The hot vehicle and gold are under investigation by state police detectives at the Lapeer post.