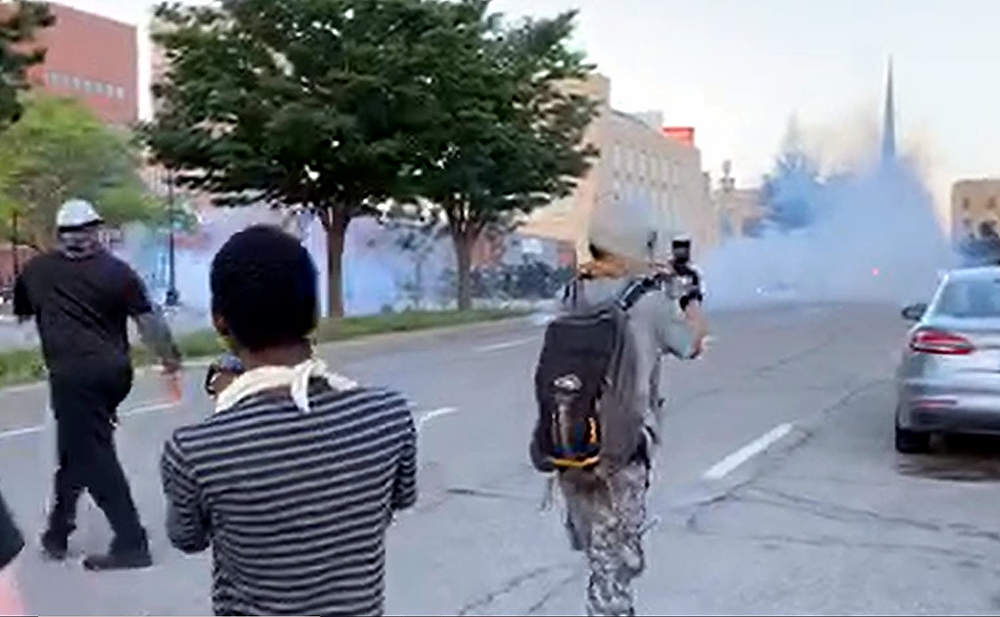 Update, 10:10 p.m. Thursday: On the seventh night of protests in Detroit, things ended peacefully without police having to enforce a curfew.

Around 8:50 p.m., after marching through Midtown and downtown Detroit, people started to disperse, according to the Detroit Free Press. More anti-police brutality protests are expected on Friday.

Mayor Mike Duggan set an 8 p.m. curfew last Sunday amid fears control of the city could be lost to violence after two previous nights of unrest after dark during anti-police brutality demonstrations honoring George Floyd, he says.

But on Wednesday night, for the first time, the curfew wasn't enforced during a night of peaceful protests.

Curfew discussions surfaced Saturday morning, he said, after there was some trouble after dark the night before, including the vandalizing of police cars. He and the chief initially did not want a curfew.

"It almost turned out to be a very serious mistake."

On Saturday night, he said, they found people after dark with walkie-talkies organizing protesters to head to police headquarters and "we saw resupply trucks that were passing out rocks and fireworks and spikes and railroad ties and they were throwing them at the officers."

On Sunday morning, he said  the thought was: "If we don't change what we're doing, we're going to lose the city Sunday night. We really believed that."  He and the chief didn't want to summon the National Guard, as in some cities, so they decided on a curfew.

On Sunday night, the curfew took effect. After 8 p.m., some protesters didn't comply and tear gas and rubber bullets were used, and some arrests were made. The next night, there were no problems. But Tuesday, police arrested more than 100 people, mostly for curfew violations.

On Wednesday, when all seemed calm at different protests, the chief decided not enforce the curfew.

Some lawyers have complained that police have been responsible for much of the unrest by firing tear gas and rubber bullets indiscriminately and breaking up peaceful demonstrations. Videos show officers punching and roughing up protesters.

Duggan and Craig said that there are  investigations into some officers' behavior.