LeDuff: I See Firsthand how unlikely Absentee Ballot fraud is 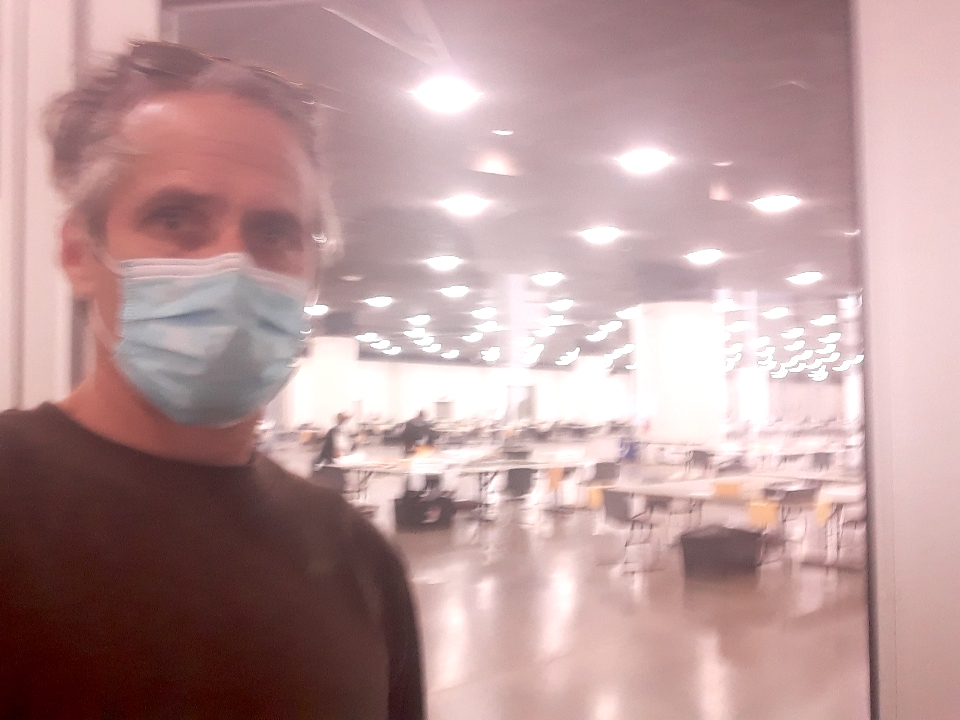 Charlie LeDuff: "It does not appear that fraud on any appreciable scale is possible."

My career as an absentee ballot counter for the City of Detroit began under mysterious circumstances.

I came at precisely 1 p.m. last Saturday, as commanded by my official training papers.

My classmates arrived, citizens drawn to public service and the promise of $600 a day. A man with a cane. A woman in a wheelchair. Two smartly dressed women, looking like pillars of the community, like members of the League of Women Voters.

Imagine their faces when we were abruptly told class was canceled.

“We have enough volunteers,” barked a training supervisor from the office of the Detroit Clerk. “We are no longer accepting people to count absentee ballots on Election FDay.”

The cancellation of class, of course, flew in the face of everything the public is still being told about this election. Do your duty. Volunteer ($600 a day). Come to the TCF Center to count!

As of this writing, classes are still being conducted, and calls for volunteers are still going out by way of social media.

“This have something to do with me being here?” I asked a supervisor, pulling down my mask, assuming he knew me from TV news.

“Yeah, we don't want you here,” he said. I couldn't be sure if he was serious until he asked: “Who put you up to this?”

Civic duty put me up to this, naturally. A momentous election is upon us Nov. 3. Millions of ballots are expected to be cast by mail. The President of the United States has already insinuated that mass fraud is likely. Add to the fact that the Detroit City Clerk hasn't gotten a clean count done in years, and you've got trouble.

Duty put me up to this.

Where ballots are processed.

Not one to take no for an answer, I arrived at 9 a.m. the following Monday. The line for volunteers must have been 100 deep. Canceled, my ass.

Many did not have their bar code papers. Tempers flew over social distancing. Shouting broke out. We were given a temperature check and herded into a massive basement hall where training tables were set up by precinct.

I took a seat at a computer, making myself captain of a five-person vote-tabulating ship. I am the man who will scan and log your ballot and envelope and input any questionable ballots into the system with an explanation.

Every vote has an envelope with a bar code that is electronically tracked. The next person verifies the ballot number, the voter number and signature. The third person detaches the ballot stub and places it in an envelope. The fourth person smooths the paper ballot and checks for tears. The fifth person runs the ballots to the counting machine, where they’re placed in a box with a secrecy sleeve.

At the counting machines, two observers – one Democrat, one Republican – watch for hanky panky. A section supervisor monitors and assists the workers at the counting table.

From my 90 minutes of training, it does not appear that fraud on any appreciable scale is possible in the counting room. Envelopes and ballot numbers must be reconciled. Ballot envelopes are banded and stored. Disputed ballots are cataloged and placed in a separate file. One could not pull a Brinks truck to the back of the building and stuff the machines with fake ballots. The computers would catch them.

The true errors come from people who make simple mistakes. Remember, these volunteers, many senior citizens, are sequestered for 14-hour stretches. No leaving the room. No smoking. Bring your own supper.

If someone gets up for a toilet break, an envelope may not get scanned. A challenged ballot may go in the wrong envelope. Small human mistakes, but enough to launch a thousand conspiracies.

During the August primary, ballot counts were incorrect in 72 percent of Detroit's absentee precincts. Simply put, there were more votes recorded than envelopes scanned. In most of these cases, the difference was five ballots or less. Hardly mass fraud. More like old people needing a potty break.

With an expected 200,000 absentee ballots flooding into TCF Center, the citizenry should remain patient. We will be there this Election Night, in the middle of a pandemic, doing our best, knowing your vote is sacrosanct.

And I'll periodically check the toilets, make sure nobody's trying to flush your vote.