A federal judge refuses to block a state-ordered indoor dining and drinking "pause" for pandemic safety.

The ruling is another blow to Michigan's restaurant industry. ... The state's current "three-week pause" in indoor dining is effective through Dec. 8. ...

In court documents, Susan Selasky of the Freep posts, the state cites research showing restaurants have a larger role than other places as Covid spreaders -- "four times riskier than gyms and coffee shops, followed by hotels."

Bars and restaurants ranked higher than social gatherings, colleges, retail stores and personal services, such as nail and hair salons, spas and gyms.

The Department of Health and Human Services may extend the statewide ban beyond next week if coronavirus diagnoses remain alarmingly high, or could tailor it to cover only hardest-hit regions.

"While we are disappointed with today’s ruling, it is important to note what Judge Maloney explicitly acknowledged in his ruling, stating that 'Michigan restaurants are at risk of, or have already suffered, irreparable harm" under the health director's order.

"It is in that vein that we will now transition our efforts to preventing an extension of the MDHHS order beyond Dec. 8 and call on Director [Robert] Gordon to provide clear and specific data to justify the sustained closure of restaurants across the state."

A federal judge denies a restaurant trade group's request for an immediate halt to the Whitmer administration's new ban on inside dining and drinking, The Detroit News says.

Judge Paul Maloney, who was appointed by Republican President George W. Bush, ruled Friday [in Grand Rapids] that the business group is unlikely to succeed in their claims and denied its request for a temporary restraining order.

He set a hearing for Nov. 30 to hear arguments from the Michigan Restaurant and Lodging Association and the attorney general's office, on behalf of the Department of Health and Human Services. 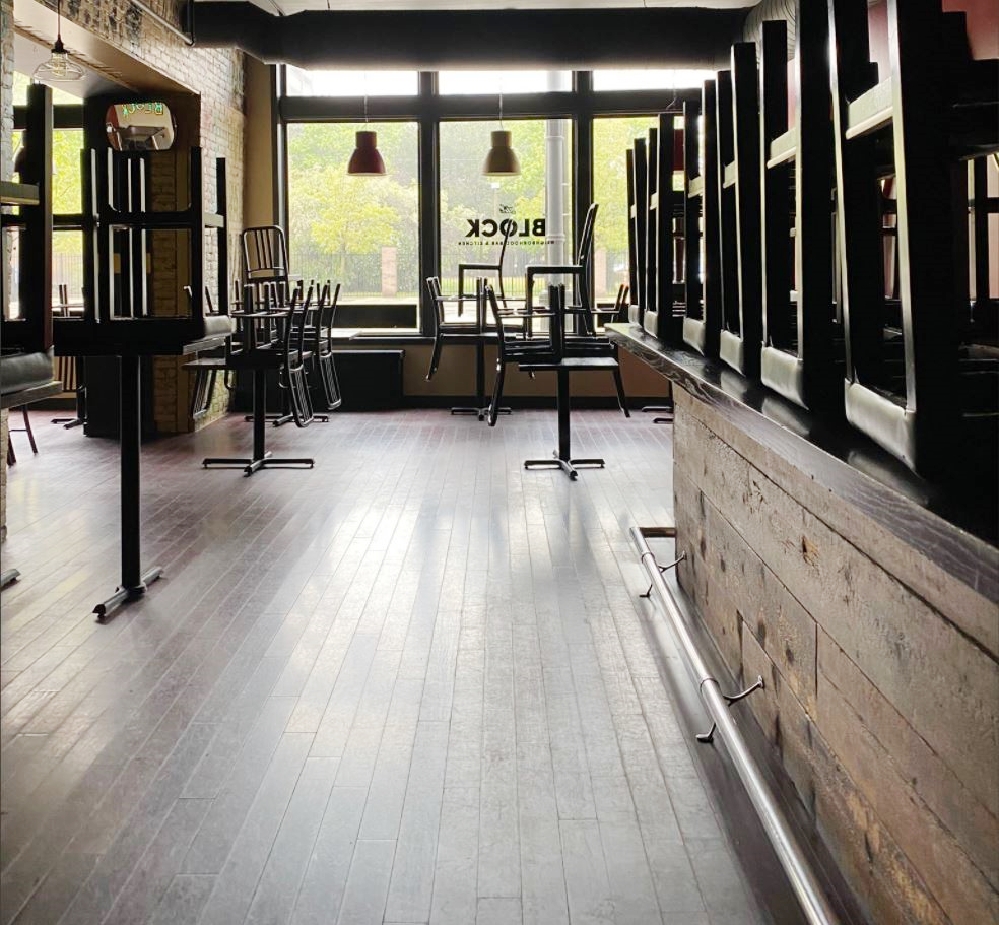 The Block, a Woodward Avenue restaurant in Midtown, scales back to takeout-only because of the order that kicked oin Wednesday. (Photo: David E. Rudolph)

Justin Winslow, head of the Lansing industry group, says: "More restaurant workers will be losing their jobs in the coming days as restaurants remain closed." A brief statement adds that the association is "hopeful for a positive outcome that more effectively balances risk and human toll across Michigan."

Winslow tells The News that many members expect to be shut at least six to eight weeks as the epidemic order is likely extened past Dec. 9.

The Michigan Restaurant & Lodging Association filed a federal lawsuit Tuesday in an attempt to overturn the state's ban on indoor dining in restaurants that takes effect Wednesday and runs at least through Dec. 9.

"We made several good-faith efforts in advance of the public release of the order issued November 15 to reach a compromise with the (state health department) that would have supported the goal of minimizing risk while still allowing for the continued operation of dining rooms," the association said in a press release.

It claims Gov. Gretchen Whitmer's administration violated the businesses' right to equal protection under the law. New rules allegedly target bars and restaurants unfairly because they spare other nonessential businesses operating indoors. "Inexplicably" restaurants and bars have not been given option to remain open even though they have demonstrated they can operate safely, the suit says.

It also says the state Department of Health and Human Services' epidemic order violates the state Constitution's separation of powers and nondelegation clauses. The Republican-majority legislature complained after the latest order that it did not have a say.

The editor-in-chief of Michigan Advance, a Lansing-based news site, tweets a pointed reaction:

The Michigan Restaurant Association could lobby Congress for a covid relief bill but the headlines are better suing the state because apparently not enough people have died yet. What an abject moral failure.

Ali Kasben, managing editor of Gongwer, a subscription news service in the capital, tweets that until now the association "has been level-headed in responding to Covid restrictions from the administration."