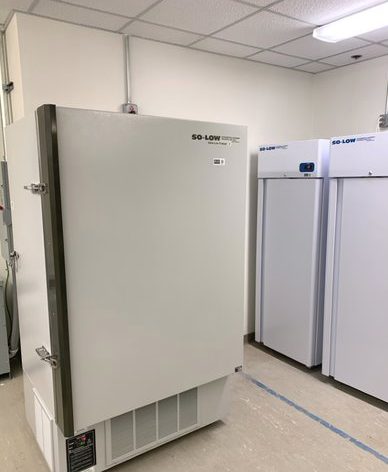 Two creators of Covid vaccines -- Pfizer and Moderna -- are preparing to distribute the coveted product worldwide, including locally at hospitals like Henry Ford Health System and Beaumont Health.

The vaccines could arrive by Dec. 12.

Henry Ford announced Wednesday that five of its hospitals -- Detroit, Wyandotte, Macomb, West Bloomfield and Jackson -- will have freezers to store both vaccines for distribution.

Lynn Sutfin, a spokesperson for the Michigan Department of Health and Human Services, tells Deadline Deroit "we are actively preparing with hospitals and local health departments so that the state can distribute and administer vaccines once they become available."

"We have heard this could be as early as mid-December, but no date has been finalized at the federal level. Currently, there are at least 31 hospitals and 11 local health departments across the state that have ultra-cold freezer capabilities, which is important for longer term storage of the Pfizer vaccine. "

But she noted that vaccines are expected to be given to people very quickly after receipt, and they'll be shipped in storage containers with dry ice that can be refreshed to maintain the appropriate vaccine temperature.

Consequently, she said not every entity will need ultra-cold freezers if the vaccine is administered quickly.

The state and federal government will determine how the vaccines are given, Ford says. It's expected that frontline health workers, first responders and vulnerable segments of the population, like the elderly, will get the shots first.

At last word, Ford said in a release, Michigan is slated to receive several hundred thousand doses from Pfizer by year's end.

The Pfizer vaccine requires two doses given three to four weeks apart. Henry Ford said it is unclear how many doses it will get.