LeDuff: Is there a Detroit lost and found for imaginary pets? How about for real men? 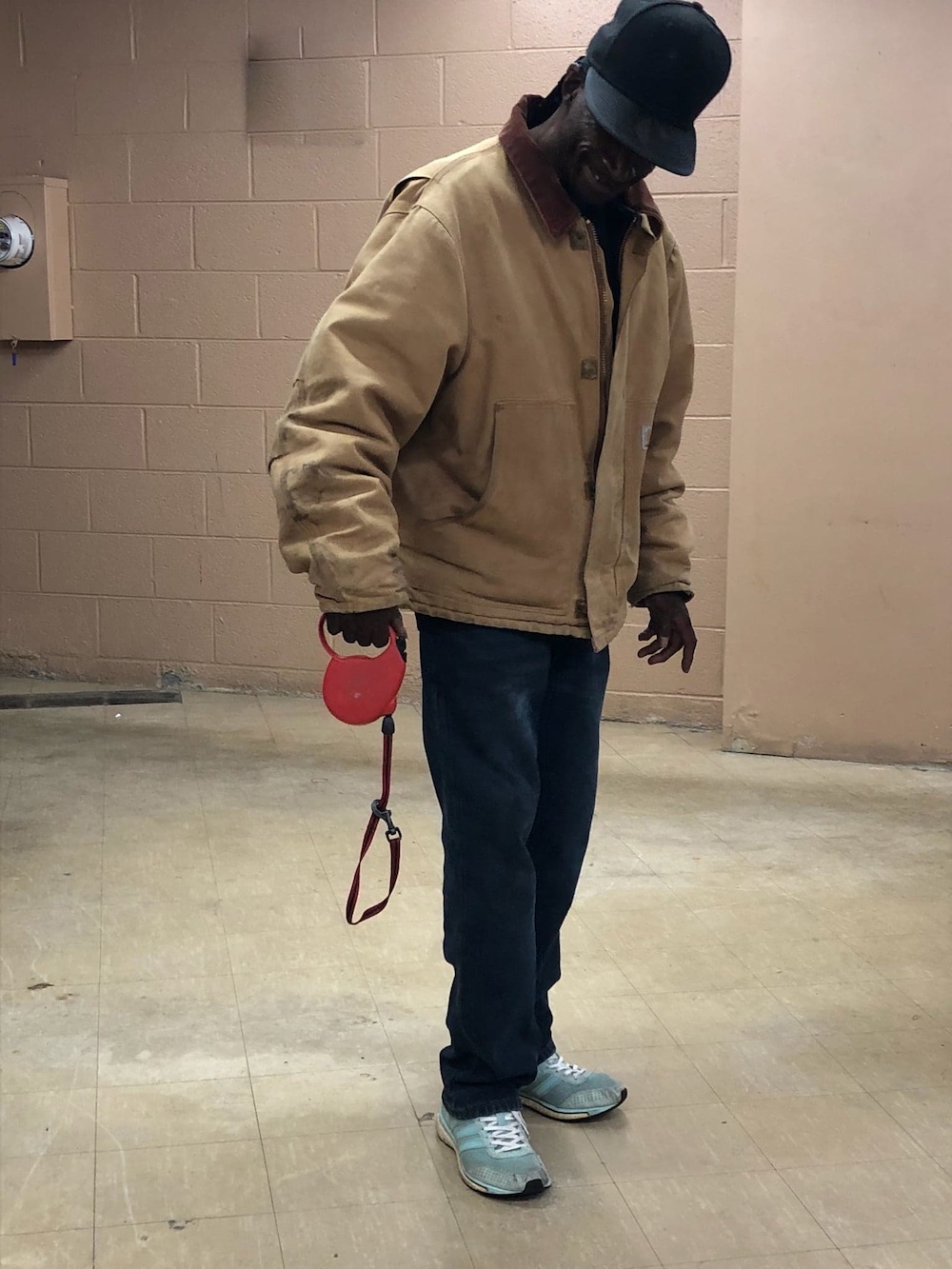 Gus and his imaginary dog.

When a man's make-believe dog is in the hospital struggling for its life, intuition tells you something's not right with its master.

I'm worried about Gus Malone, a raggedy, 53-year-old bantam of a man with no fixed address. When I asked Gus last month about Timmy, his imaginary white-haired hound, Gus told me that Timmy was recuperating in the dog hospital.

“He got hit by a bus,” Gus clicked through what is left of his teeth.  “He got flattened. Broke every bone in his body.”

I haven't seen Gus since.

The thing is, Gus knows Timmy isn't real. He calls it playing crazy.

“Kids aren't afraid of me with Timmy around,” Gus confided to me last year when I profiled him for a fancy British magazine, in a story entitled “The Detroit Comeback is a Myth.”

I watched then as downtown adults happily doled out two bucks for invisible-dog food. I watched bureaucrats at the Midtown Social Security office look on sympathetically as Gus stooped over and pantomimed cleaning up after Timmy after the make-believe dog relieved itself on the government's carpet.

“Bad boy!” Gus chided the beast, a “chow mein” that he described as being no bigger than a suitcase.

But in a certain way, Timmy is a real friend. If it were not for Timmy, who would take the time to speak to Gus? We all need people. If it takes an imaginary dog to be treated like a human being, then he really is man's best friend.

That was last month and that's when Gus told me the awful news. The bus heading downtown had flattened Timmy. “Broke every bone in his body.”

I could tell Gus was hungry, gaunt and desperate. The wild eyes told you that. So did the news of Timmy, dying in the doggie hospital. The perfect metaphor.

Looking back on that story for the British magazine, the comeback was a mirage, a myth, an over-hyped play in the press. Nothing much structural had changed in Detroit. The paper economy only required a match – a natural catastrophe, an accounting scandal, a political indictment. Covid-19 was a blow torch.

And now it's exposed. The violent crime. The poverty. The empty lofts and the half-baked development downtown. The homelessness.

A missing man in a cold city

Big boys will be OK. They set themselves up with opportunity zones, public-money subsides, tax abatements and prime land on the cheap. The big boys are actually making money, a lot of money.

For the have-nots, the anxiety rises as the temperatures drop. Worried, I went to look for Gus. 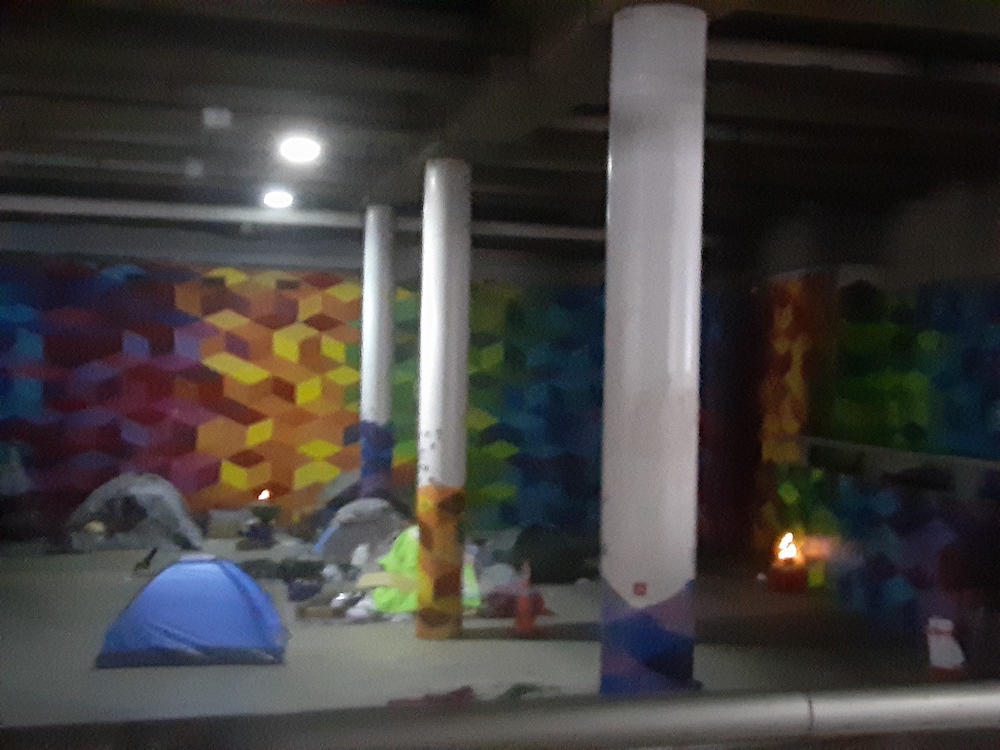 There is an actual tent village in the bowels of Hart Plaza, beneath the amphitheater, shielded from the sting of the elements. Classical music plays from somewhere and a small, battery-operated Christmas tree in the corner throws a warm light like you'd see from a supper club candle.

I check with the county jail. “Bro,” a deputy tells me. “We're not locking up homeless dudes during Covid. Shit, they even let an accused rapist out on tether.”

There is no Gus at the House of Love on the west side. A man can lease himself a bed there for $20 a night. The sink and shower are communal. The boiled hot dogs are all you can eat, all night long.

“Come to think of it, I haven't seen Gus in some time,” says Bo Wilson, 66, who is something of an unofficial mayor of the streets. Wilson earned the title by milk crate endurance. Which is to say, he sat on a milk crate on a street corner making a spectacle of himself for so many years that people just eventually started shouting: “Hey, Mayor!”

“Last couple times I seen him, Gus was just kind of up and down, you know?” Mayor Wilson recalls. “Things are tough out here man. Real, real tough. So when a man's invisible dog gets hit by a bus, and he leaves it at the hospital, you know it's getting to him.”

So dear reader, if you happen to see Gus, or a guy like Gus, would you please wish him Merry Christmas for me? Remind him spring will be here before he knows it, and good times are sure to follow.

And dear reader, if you happen to have a spare moment and are so inclined: Might you say a little prayer for Timmy?